Saintéloc Racing’s Gregory Guilvert and Fabien Michal showed they’re definitely not out of the Pro-Am title race yet but setting the outright fastest time of the second free practice session at the Circuit de Barcelona Catalunya.

It only took Guilvert four laps to set a time that would stand for the remainder of the hour-long session, with many teams opting to run through setup work rather than chase outright lap times ahead of qualifying on Saturday.

Guilvert’s 1m54.5s was two tenths slower than the field managed in the morning session, but was still enough to secure top spot for the Audi R8 he shares with Michal. The result will be a boost for both, with them needing to out-score Akkodis ASP Team’s Jean-Luc Beaubelique and Jim Pla in race one to keep their title hopes alive.

The fight for second took a few late twists, with Team Fullmotorsport’s Christophe Hamon and Michael Blanchemain holding the place for much of the session before Simon Gachet twice had a go at beating them. He had his first time taken away for track limits, but put the Akkodis ASP Team Mercedes-AMG he shares with Eric Debard into second with his next effort. That was until Sacha Bottemanne moved he and Marc Lopez’s #67 Team Fullmotorsport Audi into second, a tenth up on Gachet’s time but half-a-second off Guilvert out front. It was enough to hand Bottemanne/Lopez the top Silver time, and make it an Audi one-two overall. 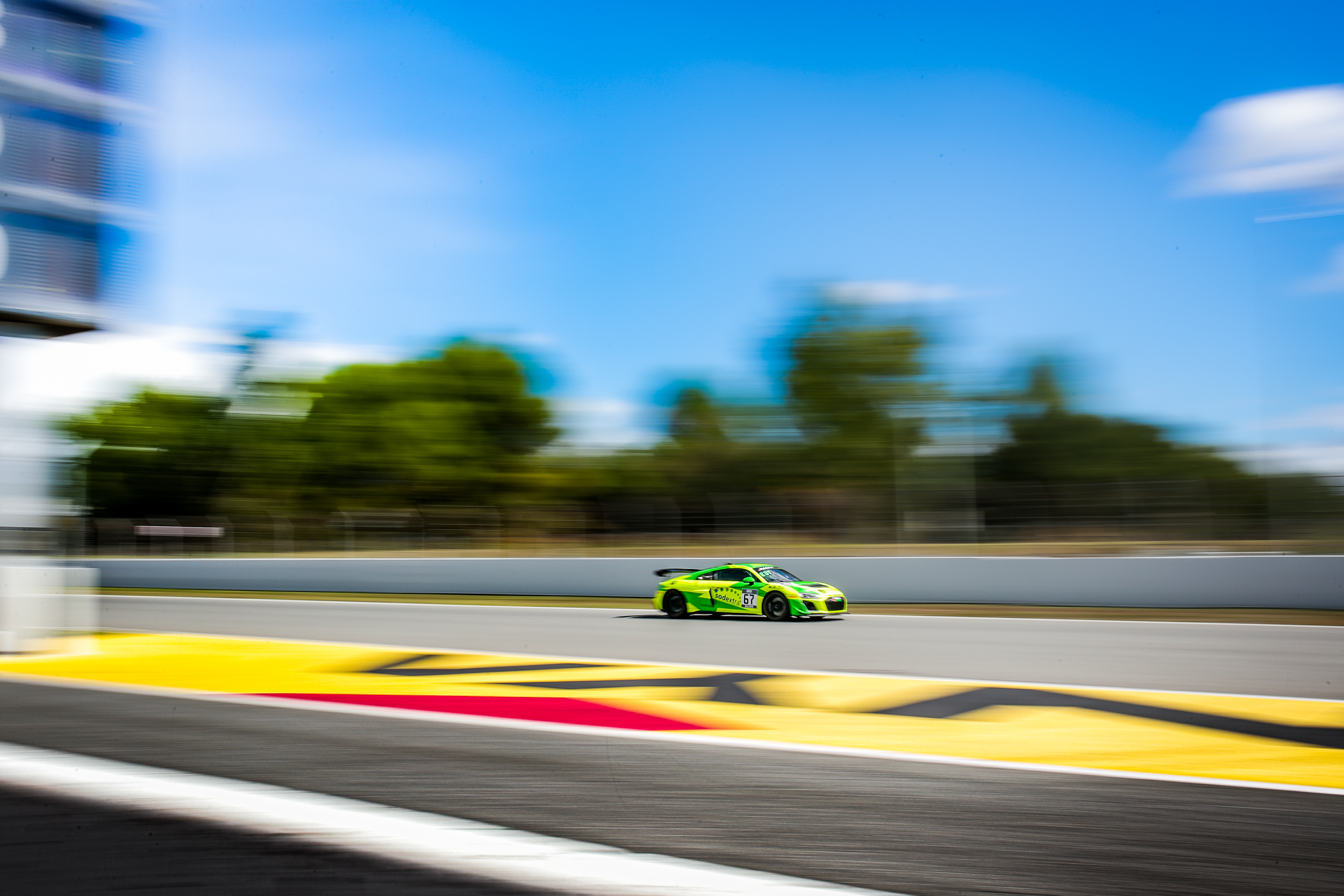 Debard/Gachet were third, ahead of Rodrigue Gillion/Nico Verdonck’s PROsport Aston Martin, and Blanchemain/Hamon’s Audi, which held on to the fastest Am class time by some distance in fifth overall.

Benjamin Lariche/Robert Consani were sixth in the Team Speedcar Audi, ahead of Alexander Hartvig/Moritz Wiskirchen’s Allied Racing Porsche 718 Cayman. Roee Meyuhas and Erwan Bastard were eighth in their Saintéloc Audi, ahead of Pro-Am championship leaders Beaubelique and Pla. Simon Tirman and Paul Cauhape in the Autosport GP Alpine.

GPA Racing claimed the second-fastest time in the Am class, with Florent Grizaud/Kévin Jimenez running 11th overall. W&S drivers Mikhail Loboda and Andrey Solukovtsev were third fastest in the class in 20th overall.