Allied Racing bagged twin pole positions from a tense final qualifying session of the season at Barcelona, with Vincent Andronaco and Alexander Hartvig sharing the top spots. But there was some trouble for more than a few championship contenders…

With all three drivers’ titles still on the line, qualifying at the Circuit de Barcelona-Catalunya brought a lot of pressure for the championship-chasing crews, and that led to some unpredictable results.

Perhaps the most unpredictable of all though came from Andronaco, who recovered from dumping his Allied Racing Porsche 718 Cayman into the gravel and red-flagging the opening session to coming out on top of it after two stellar late efforts.

The first qualifying segment got underway under bright sunshine, and gave us the first surprises of the day, with the mid-session stoppage leaving a breathless five-minute sprint for pole.

Christophe Hamon (Team Fullmotorsport Audi R8) and Dante Rappange (V8 Racing Chevrolet Camaro) both took turns at the top before Gregory Guilvert set the benchmark time in the Pro-Am Saintéloc Racing Audi R8. And then came the drama, as Andronaco got a snap of oversteer through turn two, which pitched his Porsche into the gravel and brought out the red flags, immediately afterCentri Porsche Ticino’s Alex Fontana managed to go fastest of all.

When the cars were all recovered, Andronaco was able to rejoin the session with only marginal damage to his car, and quickly made amends by setting two laps good enough for pole, pipping Fontana by 0.115s. Guilvert was shuffled to third, which will still be a boost for he and team-mate Fabien Michal in their quest to close the gap in the Pro-Am standings.

Things then get interesting for the Silver championship, with Roee Meyuhas putting the #14 Saintéloc Racing Audi ninth overall and fourth in class, well ahead of Lluc Ibañez in the points-leading NM Mercedes, who struggled to improve in traffic after the break and could only manage seventh in class – however that car will also have to serve a two-place grid drop after Ibañez failed to slow for a full course yellow in opening practice. It leaves Ibañez and Joulié with a lot of work to do in race one.

Another championship leader in a tricky position is Jim Pla and Jean-Luc Beaubelique, with Pla only managing P19 overall while struggling with a suspected suspension problem on the car's right rear. That gives Guilvert/Michal a crucial chance to keep the title fight open until Sunday’s final race. 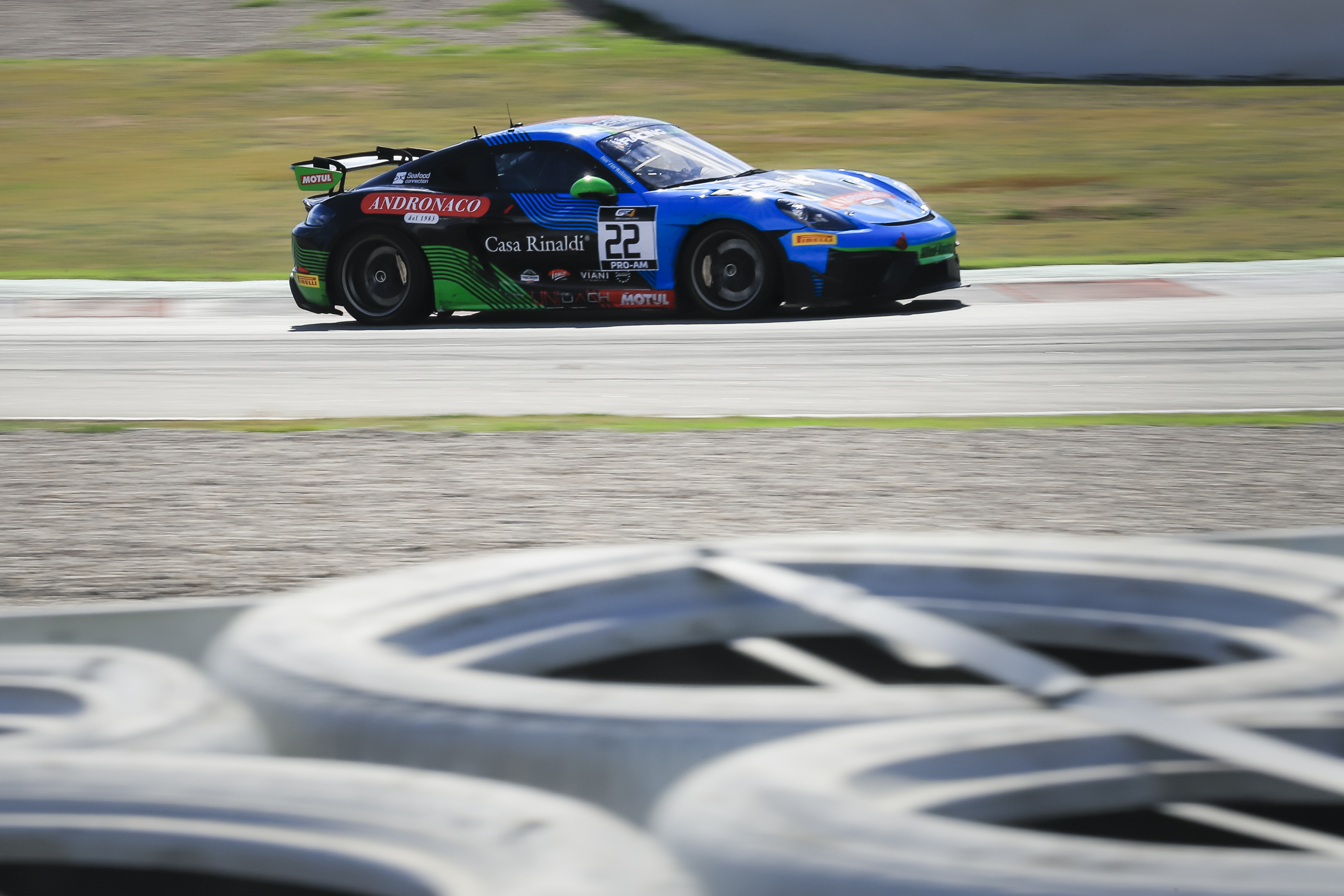 The second half was calmer, but again produced interesting results with Hartvig flying to the fastest time late on to make it a double for Allied.

It looked for much of the session like Joulié would earn. Helpful boost in the #15 Mercedes-AMG, having pulled almost a full second clear early on and left the field to chase his effort. A few came close, but then Hartvig nailed his final effort, sneaking past by just 0.035s!

It still marks a decent result for NM, with Erwan Bastard (who has never raced at this track before) only managing 11th in class in the rival Saintéloc Audi.

Guilvert and Michal again did their Pro-Am title hopes no harm with Michal snatching class pole in seventh overall, as Beaubelique also struggled during his session and will start way back in 16th in class, putting the pressure firmly on Akkodis ASP Team.

Kenny Herremans was second fastest in Pro-Am in the Camaro, ahead of Laurent Hurgon in the Autosport GP Alpine.