W&S Motorsport pairing Hendrik Still and Max Kronberg denied local squad NM Racing Team a flying start to the weekend at the Circuit de Barcelona-Catalunya by stealing the fastest lap of the session as the chequered flag flew.

It looked like NM Racing Team had made the best possible start in its bid to claim this year’s GT4 European Series Silver Cup title when local racer Lluc Ibañez, who lives just minutes from the circuit, set the pace with a handful of minutes to go.

It looked to be enough, until a final run from Still made the difference, with the German driver undercutting Ibañez by just over a tenth of a second as the chequered flag flew to continue the strong form of the W&S Motorsport Porsche 718 Caymans. It also settled the fight for the best Pro-Am time.

Initially, Tom Canning led the way in the #19 Racing Spirit of Léman Aston Martin before Mike David Ortmann put the #24 PROsport Vantage on top. Ortmann’s best set the benchmark for much of the hour, until Erwan Bastard – who has never raced at this circuit before – hit the front with 20 minutes to go in the title-hunting Saintéloc Racing Audi R8 he shares with Roee Meyuhas.

Anybody hoping for a head-to-head between the title challenging Saintéloc Audi and NM Mercedes-AMG this weekend won’t be disappointed, judging by this first practice session, as the two cars traded the top time before Ibañez crept ahead and managed to hold second ahead of Moritz Wiskirchen/Alexander Hartvig’s Allied Racing Porsche. 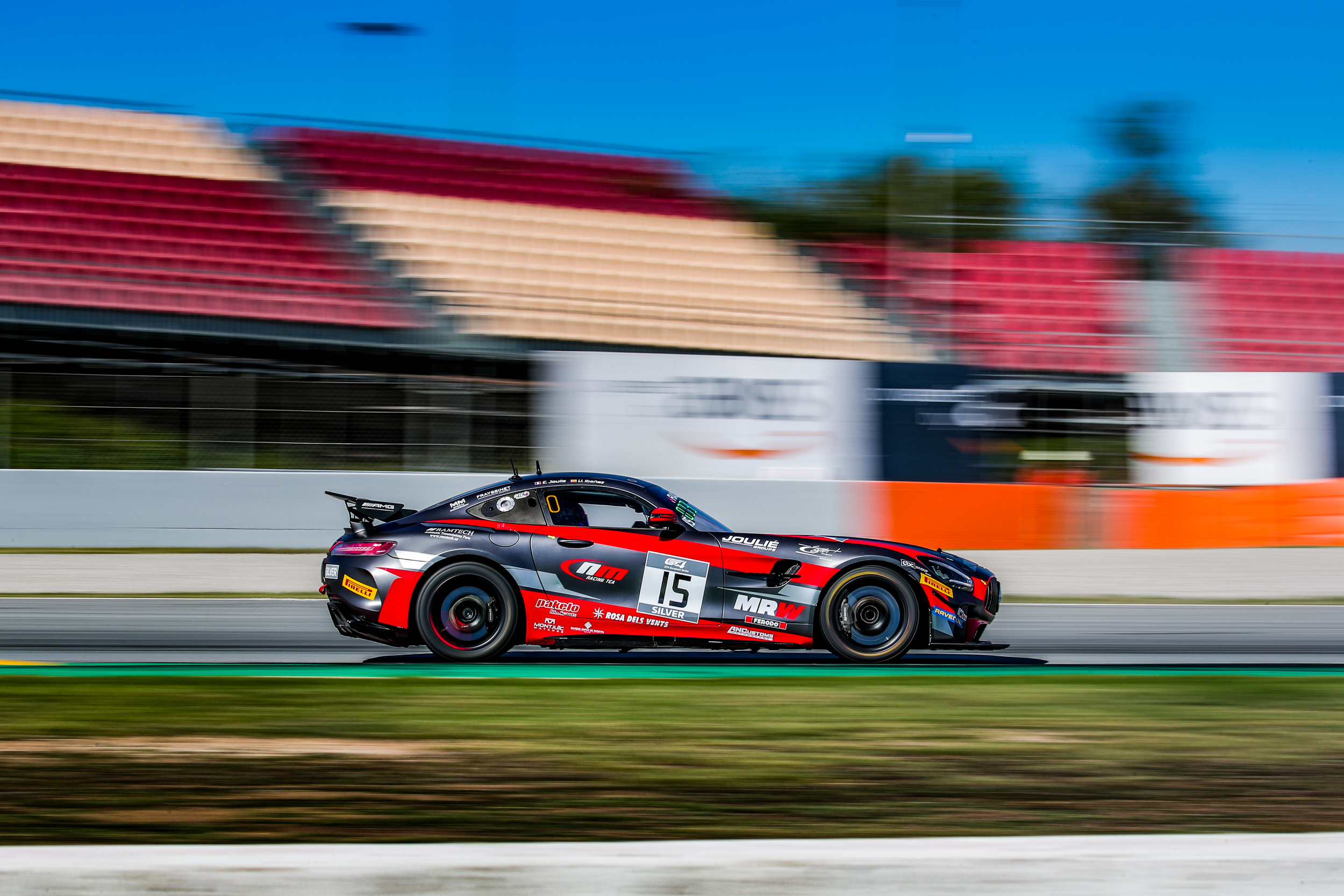 Benjamin Lariche and Robert Consani’s Team Speedcar Audi was the only other car to better Bastard/Meyuhas’s best, finishing the session fourth ahead of the Audi. Romain Monti/Antoine Potty’s CMR Toyota GR Supra was sixth, ahead of Ivan Jacoma/Alex Fontana’s Centri Porsche Ticino Cayman, which wound up seventh overall and second in Pro-Am.

Gus Bowers and Konstantin Lachenauer were eighth in the #10 Racing Spirit of Léman Vantage, ahead of Ortmann/Hugo Sasse’s version and Paul Cauhape/Simon Tirman’s Autosport GP Alpine.

W&S also led the way in the Am class, but once again left it late to do so. Christophe Hamon/Michael Blanchemain’s Team Fullmotorsport Audi R8 topped the order for most of the session before class championship leaders Mikhail Loboda and Andrey Solukovtsev lowered the benchmark by just 0.024s on Loboda’s penultimate lap.

Mauro Ricci and new team-mate Fabien Barthez were fifth in their Akkodis ASP Team Mercedes-AMG, while solo entrant Gregory Curson Faessel rounded out the top six in his Saintéloc Audi.