Having already claimed the FFSA French GT Championship, could Saintéloc’s flying Audi duo make it two titles by turning the tables at the GT4 European Series finale in Spain this weekend?

Roee Meyuhas and Erwan Bastard may head into the last round at the Circuit de Barcelona-Catalunya 18 points behind long-time championship leaders Enzo Joulié and Lluc Ibañez, but few could argue against them being the crew in form at the moment, having won two of the last four races to dramatically close the gap in the title chase.

Their season so far hasn’t been without its troubles – including two very tough weekends mid-year – but Meyuhas and Bastard are now enjoying their late charge. In fact, they have scored more points than any other pairing in the championship (including the Pro-Am and Am classes) across the last two race weekends, notching up an impressive 79pts from a possible 104 on offer. 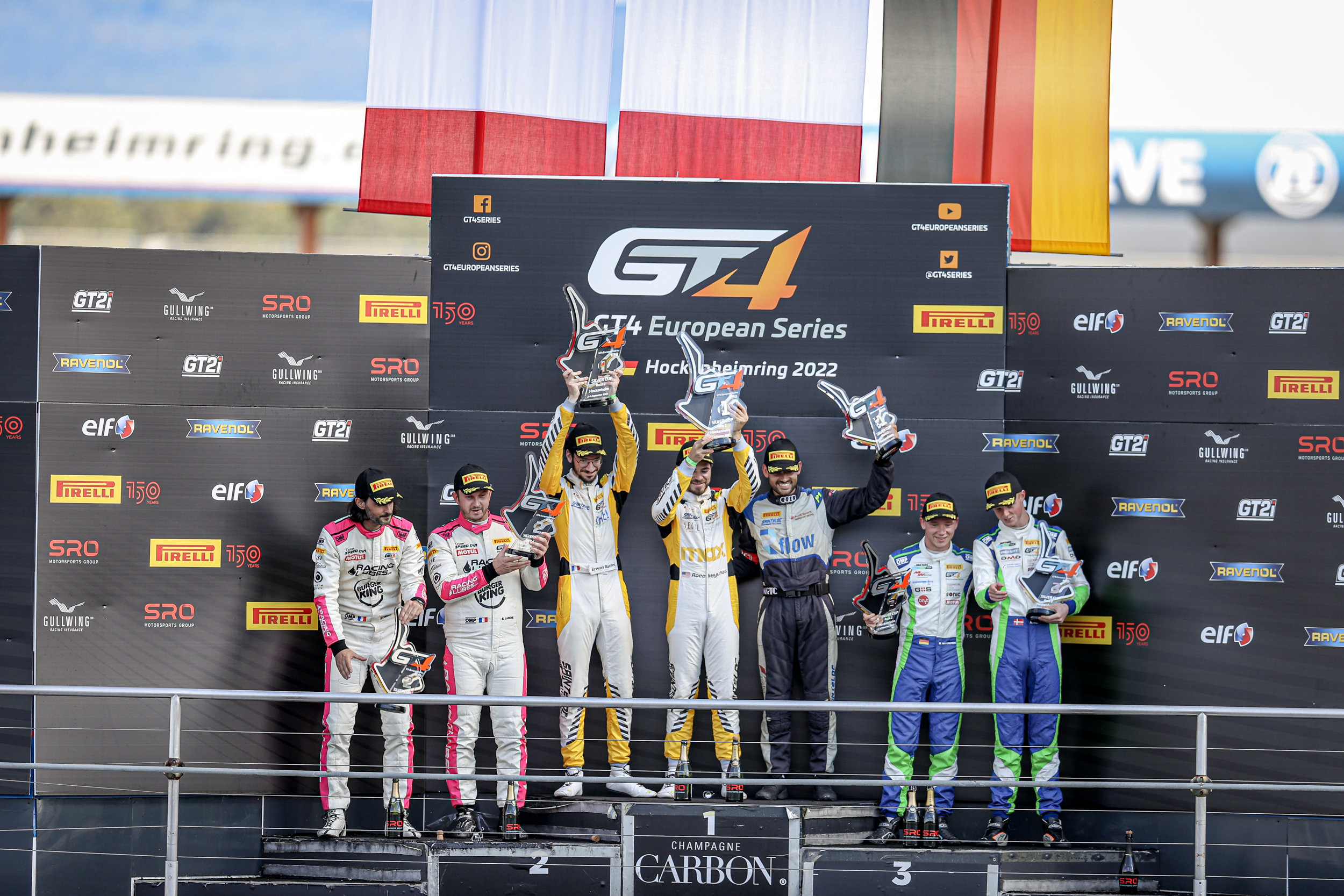 What brought you into the GT4 European Series this season?

Erwan Bastard: “This is my fourth year in GT4. Previously, I did three seasons of the French GT4 Championship. I joined Saintéloc at the beginning of the season with the ambition to win a title in GT4, but the Audi is really different than the cars I have driven before (Ginetta and Toyota), so we decided to enter into both championships (French GT and the GT4 European Series) in order to drive as much as possible and win at least one title. The idea was also to discover European tracks to prepare next year as I only knew Le Castellet and Spa before the start of the season.”

Roee Meyuhas: “I participated in the GT4 European Series last season, and while it was my first season racing GT cars, I had limited previous experience in cars from only two seasons of Formula 4. We decided together with my management that I should concentrate on a top team and car for my future and try to become a factory driver. For most of last year the focus was on just gaining experience racing these new cars. However, even then at the last race of the season in Barcelona, my then team-mate and I almost won the first race (if not for an unlucky puncture) and got our first podium of the season in the second race. So, for me to continue in the championship this year and pick up from where I left off with the same team was only natural. I wanted to prove myself first at this level of competition before moving on to anything else.”

After a superb start to the year in Imola, things got difficult at both Paul Ricard and Misano. How hard was it to turn things around after a run of tough weekends?

EB: “These two weekends were very difficult mentally. We knew we had the pace to fight at the front, but with the overheating issue we had in the four races, it was impossible for us to fight. We tried everything during the races to avoid the car overheating: avoiding slipstream, left a gap with the car in front, short shifting the gearbox… but it wasn’t enough. When the Audi overheats, the engine regulates itself at 80kph until the temperature goes back to under the limit (this can take up to 20sec, or even needs a full a reset of the car, which means stopping the car for around 30sec!). We scored seven points in four races, which is really low when fighting for the championship. At this point we were seventh in the championship, so we had nothing to lose arriving at Spa and Hockenheim, we became more aggressive to win races without thinking about the championship. It paid off as we are now second and fighting for the title.”

RM: “After starting the season in Imola on such a high note, the next rounds at Paul Ricard and Misano were tough to swallow. We had technical issues with the car related to the heat, but we worked hard as a team and with Audi to find solutions. After that we could start pushing the car to the limit. In the end, we managed to limit the amount of damage done to our championship hopes by refusing to give up, even though we had slipped back to P7 in the standings. We showed our true pace again at Spa and Hockenheim, taking an overall victory in each weekend. I think if we hadn’t been so limited with performance during the summer the championship might look a little different. But that’s racing. And we’ll take what we can get.” 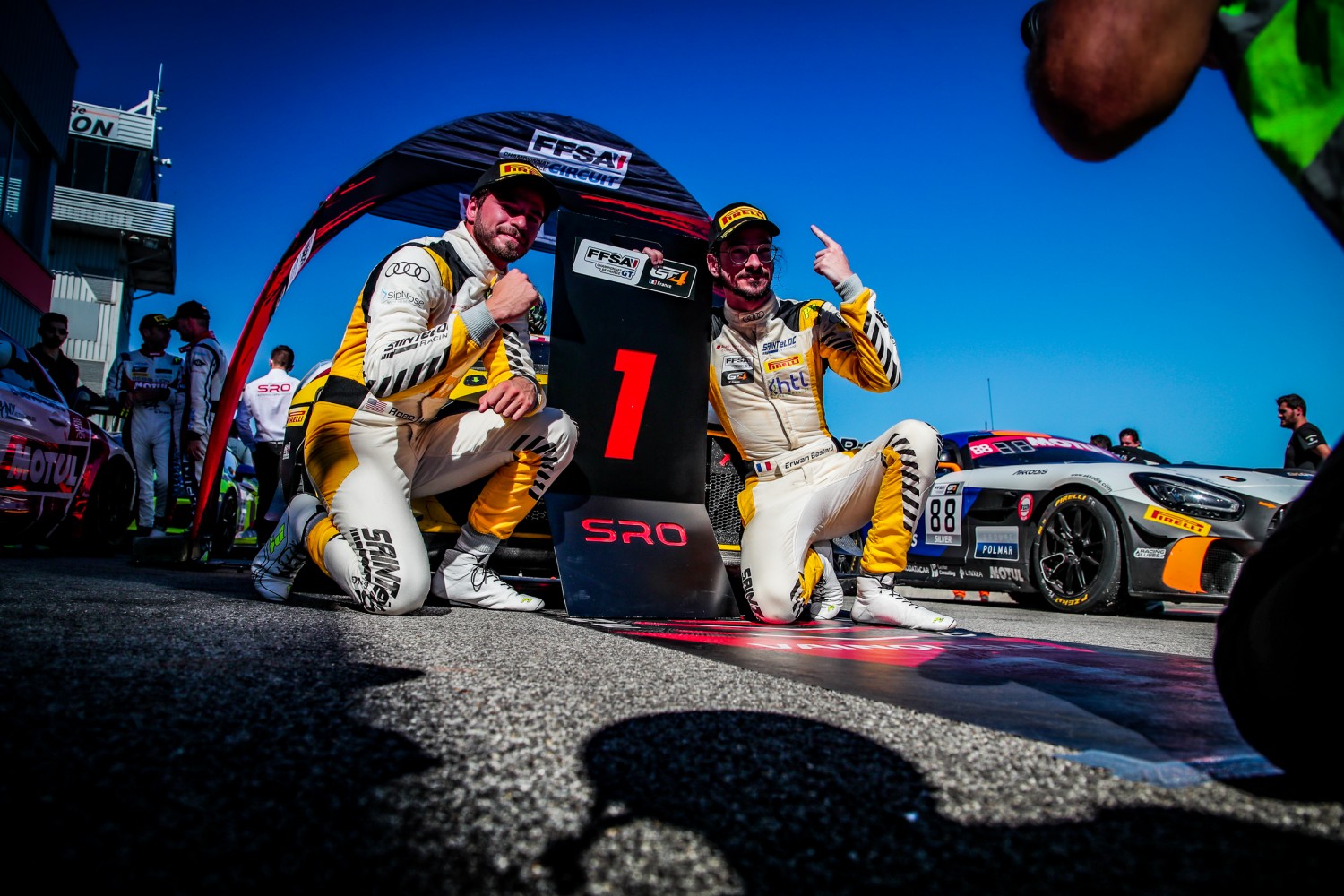 You recently celebrated winning the FFSA French GT title, how much did that mean to you?

EB: “As i said before, this is my fourth year in GT4, four years chasing a title and missing it for small things that were independent of me. At the end of last year, I didn't know if I would be able to get a championship, maybe it was my fault after all? I think this season is the answer to everything… I'm so glad and proud about the work we did with the team this season. We have engineers discovering the car, most of the mechanics are new, I didn't knew the Audi and Roee didn't know the French tracks, but everyone did their best this winter and through the season to adapt and obtain these results. We haven’t actually had time to celebrate yet, as I left Lédenon right after the race to go and work with Saintéloc as an engineer on the F4 team! We’ll do some celebrating in Barcelona, hopefully for more than one title…”

RM: “Winning that championship gave me the most accomplished feeling I have felt so far in my short racing career. All of the hard work throughout all of the races brought Erwan and I to that moment. For me personally, coming into the series and most tracks for the first time and beating others who have been racing them for years was certainly a confidence booster. I also had the chance to drive with Erwan, who had two extra years of experience in GT4, which he used to help me with tips and tricks for faster pace on certain tracks. All I hope is that it is the first of many more to come. Now the next target and challenge is to grab the European title as well at Barcelona.”

You’re heading into the season finale as the team in form, with two wins from the last four races. How will you approach the last round?

EB: “Just like the previous ones, we will give it all and see what happens! It will be difficult as this is NM and Lluc Ibañez's home race, but Roee loves this track so I'm sure he will give me some tips so we can fight them.”

RM: “For the whole team, the challenge and target remains the same. Gain points and grab the title. It’s not going to be easy, as the competition is very strong. We need to keep in mind our mistakes and understand them. Erwan may not know the track, but he has proven again and again throughout the season that he’s capable of adapting quickly. I’m confident he will get up to pace in no time. I personally love Barcelona, the city, and the track. It’s such a technical circuit, with many little hidden tricks you can use to gain those few extra tenths over your opponents. Basically, I’m going to Barcelona with confidence, and working hard with the team to prepare the final races. We are all hungry for another top result.” 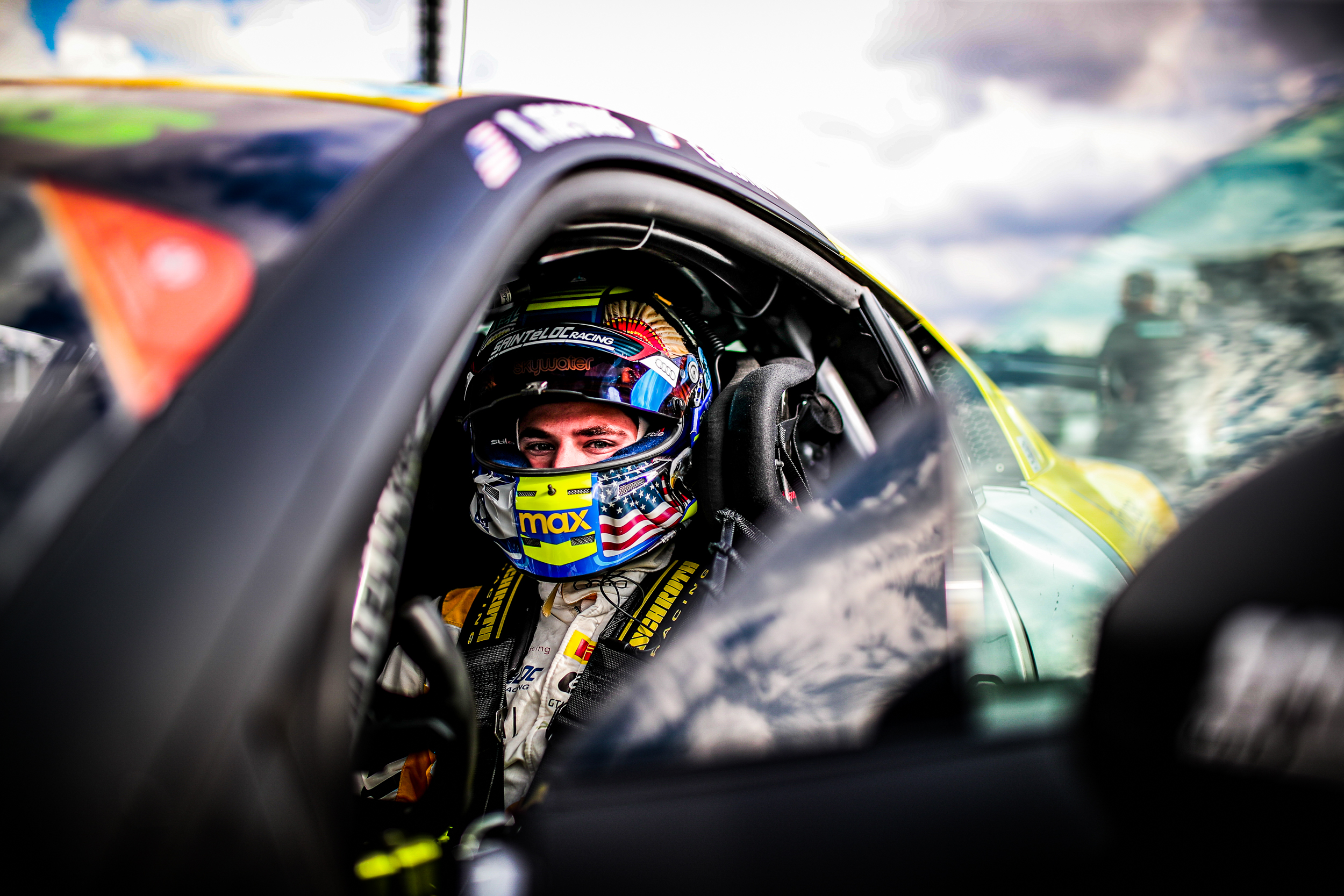 Do you think the pressure is more on you, or Ibañez/Joulié in the NM Racing Team Mercedes-AMG – Is it better to chase or be chased?

EB: “We did good results in the last GT4 European Series races, we are champions in France. We have the momentum, everyone in the team wants to go for the double. We have to take risks to win the championship, but Ibañez/Joulié have to avoid mistakes, so I would say that the pressure is on them.”

RM: “First of all, I don’t feel any pressure, because my team-mate, the team, and I know what we have to do. I cannot speak for the other team. You should ask them if they feel the pressure? As far as chasing or being chased, of course being at the front is an advantage, and I’m quite happy to keep other drivers and teams behind. On the other hand, hunting my opponents gives me that extra adrenaline that I like so much. So, in the end both are fine for me.” 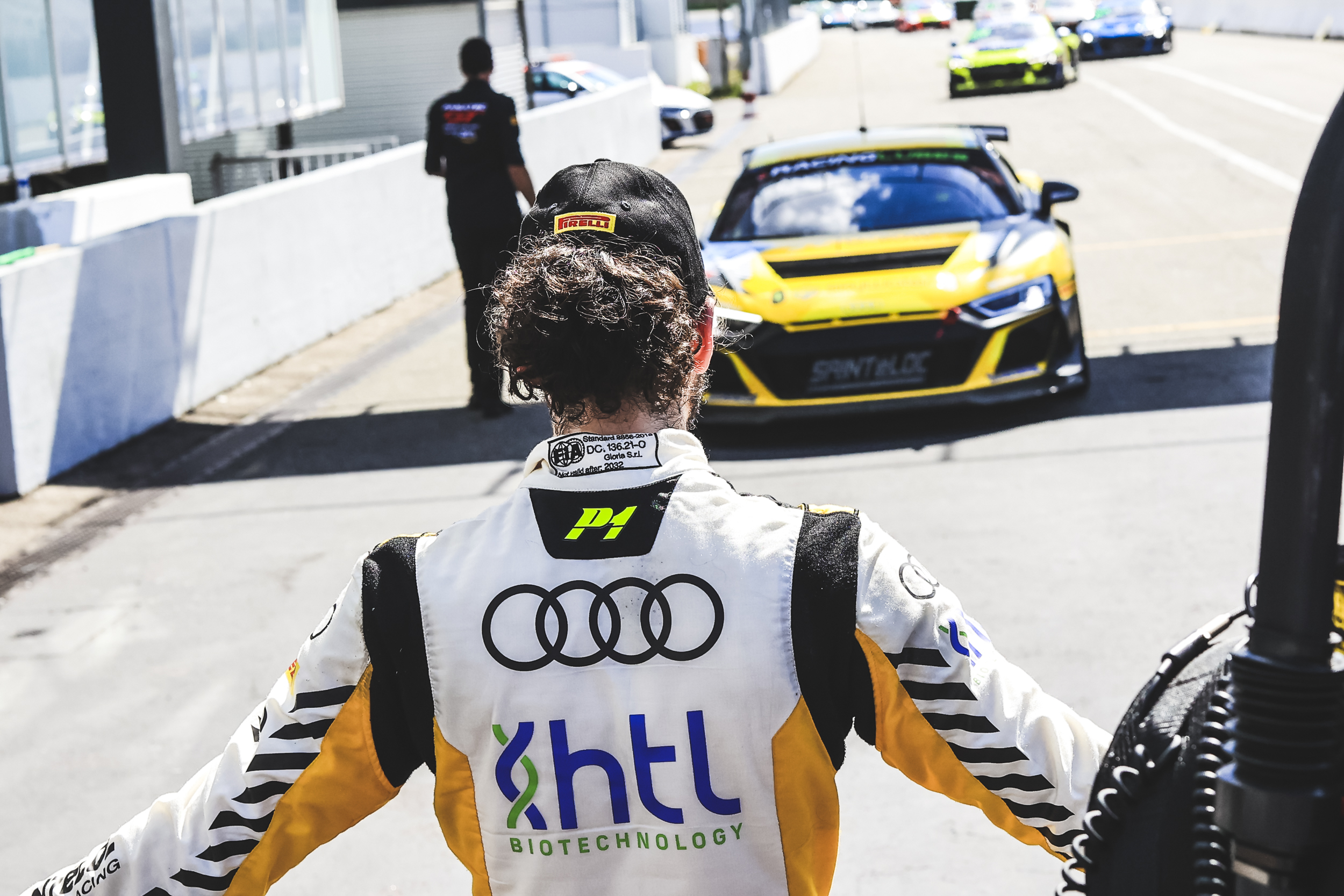 Regardless of if you can win the championship in Barcelona or not, what are your plans for the future?

EB: “I'm still only 24. I got good results with multiple cars in GT4 and I now have a title, so I think it's the right time to go up into GT3. We are already planning this winter with some races to prepare the next season. I love GT4 championships, so why not come back in the future in PRO-AM? But I want to focus on GT3 for a bit.”

RM: “I’m taking things step by step. First, we need to concentrate on the race in Barcelona and try to achieve the goals that we set for ourselves there. I am pretty sure that my management is working on my future and that gives me the opportunity to prepare my last race as I should do. We will sit down together to discuss the opportunities when the season is over.” 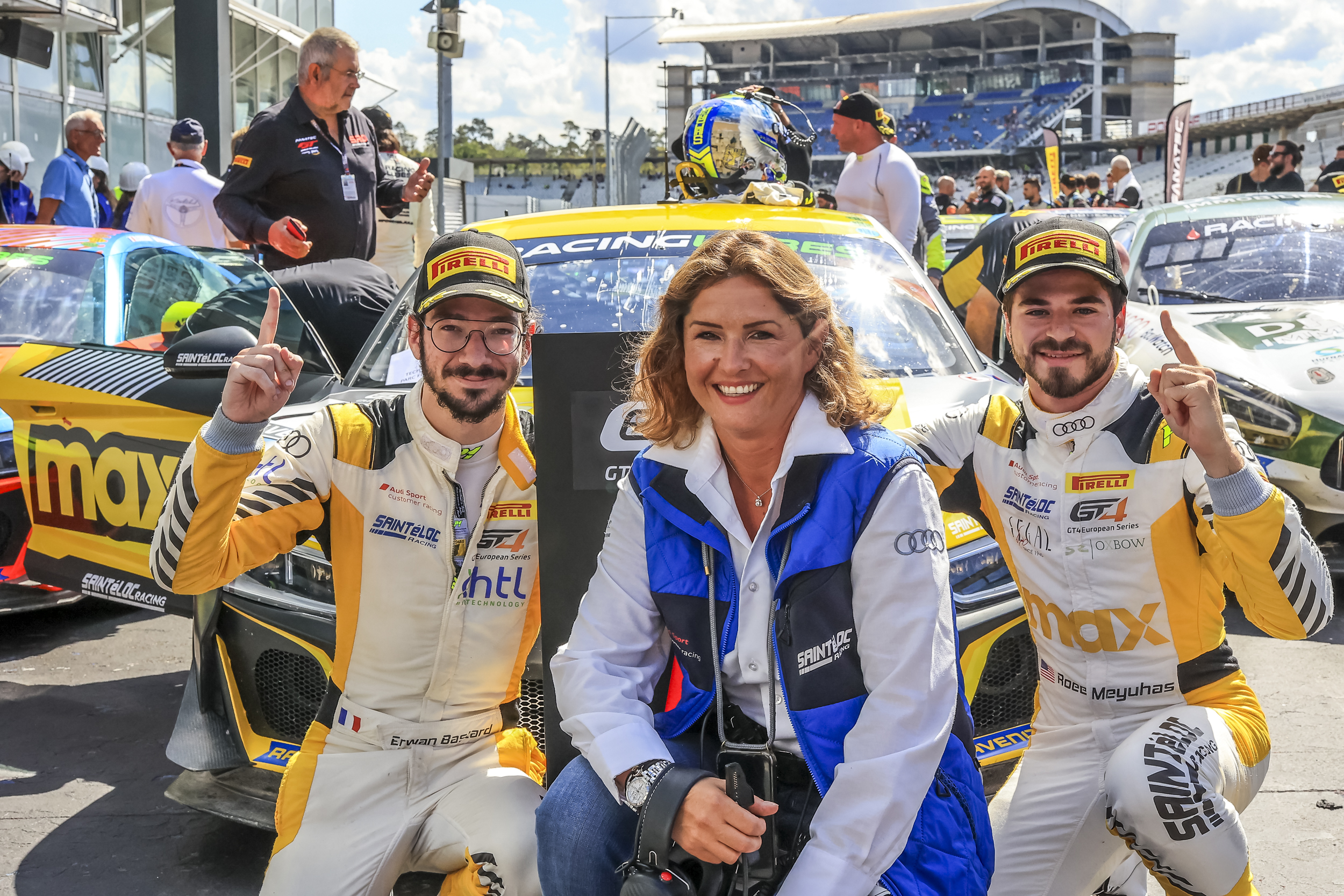