The big achievers of the 2022 GT4 European Series season were recognised during a glittering SRO Awards ceremony, held in London on Saturday, November 26.

The hundreds of attendees were treated to music and light shows across the evening, before the prize-giving itself got underway.

Saintéloc Racing enjoyed a stellar night, with Erwan Bastard and Roee Meyuhas picking up their Silver Cup champions trophies, alongside the ones they also won in French GT. NM Racing Team’s Lluc Ibañez and Enzo Joulié were present to collect their second-place silverware, as were PROsport Racing duo Mike David Ortmann and Hugo Sasse. 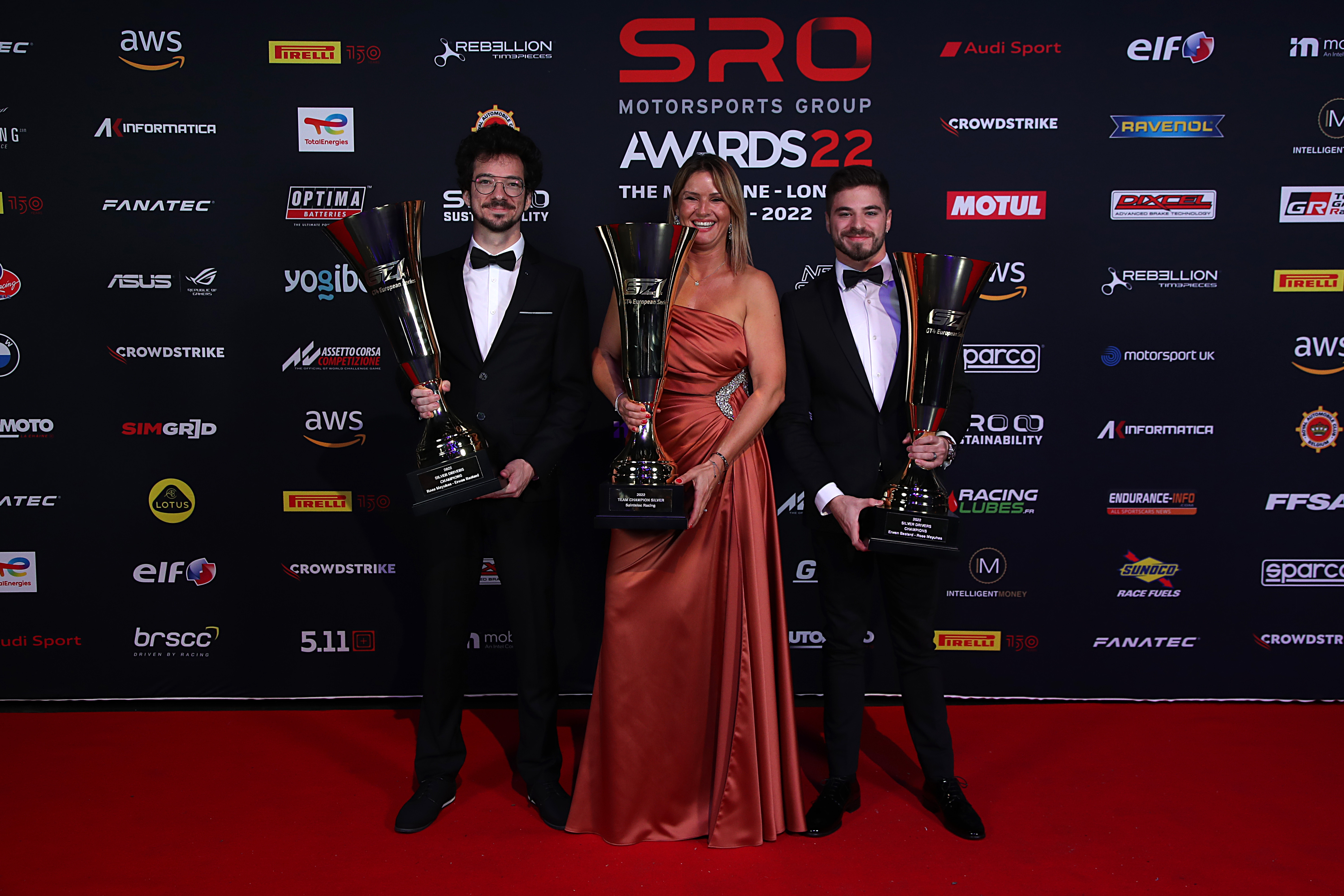 Amongst the teams, Saintéloc Racing collected its trophy for winning the Silver standings, while Akkodis-ASP Team took both Pro-Am and Am honours.