Erwan Bastard and Roee Meyuhas held their nerve to win a breathless second GT4 European Series race at Hockenheim, and in doing so have dramatically closed the gap in the Silver Cup with points-leaders Lluc Ibañez and Enzo Joulié failing to score after a technical issue.

Bastard and Meyuhas successfully converted their pole position into victory but were pushed all the way by the rival Team Speedcar Audi R8 of Robert Consani and Benjamin Lariche. The result may well be pivotal for the class championship, with Ibañez and Joulié suffering an engine problem in the late stages that left them just 28th at the flag.

Jean-Luc Beaubelique and Jim Pla got within touching distance of securing this year’s Pro-Am title, only for a puncture and a penalty for a short pit stop to deny them. Meanwhile, a second win in as many events for Saintéloc Racing’s Fabien Michal and Gregory Guilvert has kept their title hopes alive.

By far the biggest change comes in the Am class where W&S Motorsport Porsche pairing Mikhail Loboda and Andrey Solukovtsev made it three wins from four races to snatch the championship lead for the first time with just two races remaining at Barcelona. 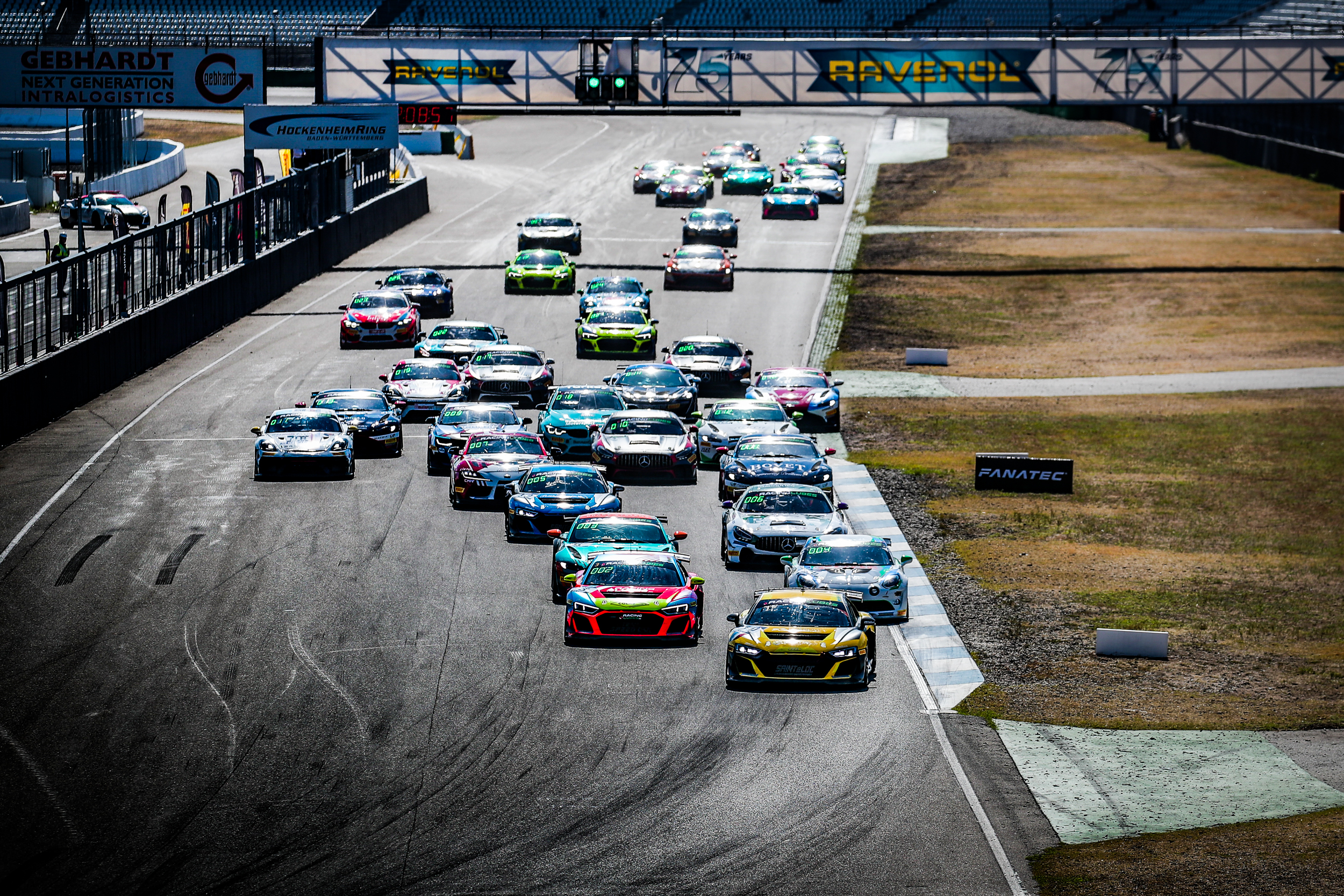 Having bagged fifth place from a tricky first race on Saturday, Sunday’s finale was the big chance for Bastard and Meyuhas to make up some ground in the title chase, and they certainly didn’t waste it.

With Joulié starting the championship-leading NM Racing Team Mercedes-AMG back in 10th, Bastard’s task was to blast away from the lights and build as much of a gap as he could back to his title rivals. And he did exactly that… twice!

Bastard got a great start and immediately began to build a gap back to the chasing Consani and Will Tregurtha. By the end of the first lap he was already two seconds clear, but things then took a turn when the #89 AGS Events Aston Martin – which had been chasing the Am class championship – suffered frontal damage that burst the car’s radiator and deposited coolant around the first sector.

Bastard was the first to hit it and held a huge slide while his pursuers one by one went off behind him; first Consani and then Tregurtha. That opened the door for Loïc Villiger’s Pro-Am-leading Code Alpine to slot into second and, after fending Villiger off while he shook the fluid from his tyres, Bastard made the most of the clear air out front to craft a 10-second lead by the 11th lap when Consani had finally managed to work his way back up into second.

However, Bastard’s hard work would be ruined by first a Full Course Yellow and then resulting safety car when Markus Lungstrass stopped the #18 Team Spirit Racing Aston Martin that had been leading the Am class on track with broken suspension.

When racing resumed, Bastard had it all to do again, but managed to pull a gap of over eight seconds before diving into the pits to hand to Meyuhas, who rejoined in the lead, but with the Team Speedcar Audi right on his tail, now in the hands of Lariche.

Meyuhas began defending, but the race was neutralised for a second time when Cyril Saleilles’ Team Fullmotorsport Audi shed a wheel at the final corner and again summoned the safety car.

That set up a seven-minute sprint to the flag when racing resumed again, and there would be no shaking Meyuhas, who held his ground over the final few laps to lead Lariche to the flag.

That result was made even more important by late trouble for the NM Mercedes-AMG. Joulié had kept the car in the points-paying positions but had felt a loss in power toward the end of his stint. Then, when Ibañez took the car over for the second half, it faded entirely. The team believes a fuel injector may have failed, but either way the championship leaders ended their weekend pointless, and with Meyuhas and Bastard now just 19 points behind heading to the season finale in Barcelona.

Allied Racing’s #44 Porsche of Alexander Hartvig and Moritz Wiskirchen completed the podium after a superb fightback. The pair started 24th on the grid, but some amazing work from Hartvig brought the Porsche into the top four by the pit window, and Wiskirchen then improved to a podium place.

CMR’s #66 Toyota GR Supra driven by Romain Monti and Antoine Potty was fifth in class, ahead of Berkay Besler/Will Burns’ Borusan Otomotiv Motorsport BMW M4. Of the other title-hunting teams, Gus Bowers had to retire the Racing Spirit of Léman Aston Martin he shares with Konstantin Lachenauer after being caught in an accident ahead of him that broke the steering. Mike David Ortmann and Hugo Sasse could only manage 10th in class and 18th overall having started all the way back in 35th after a poor qualifying session. 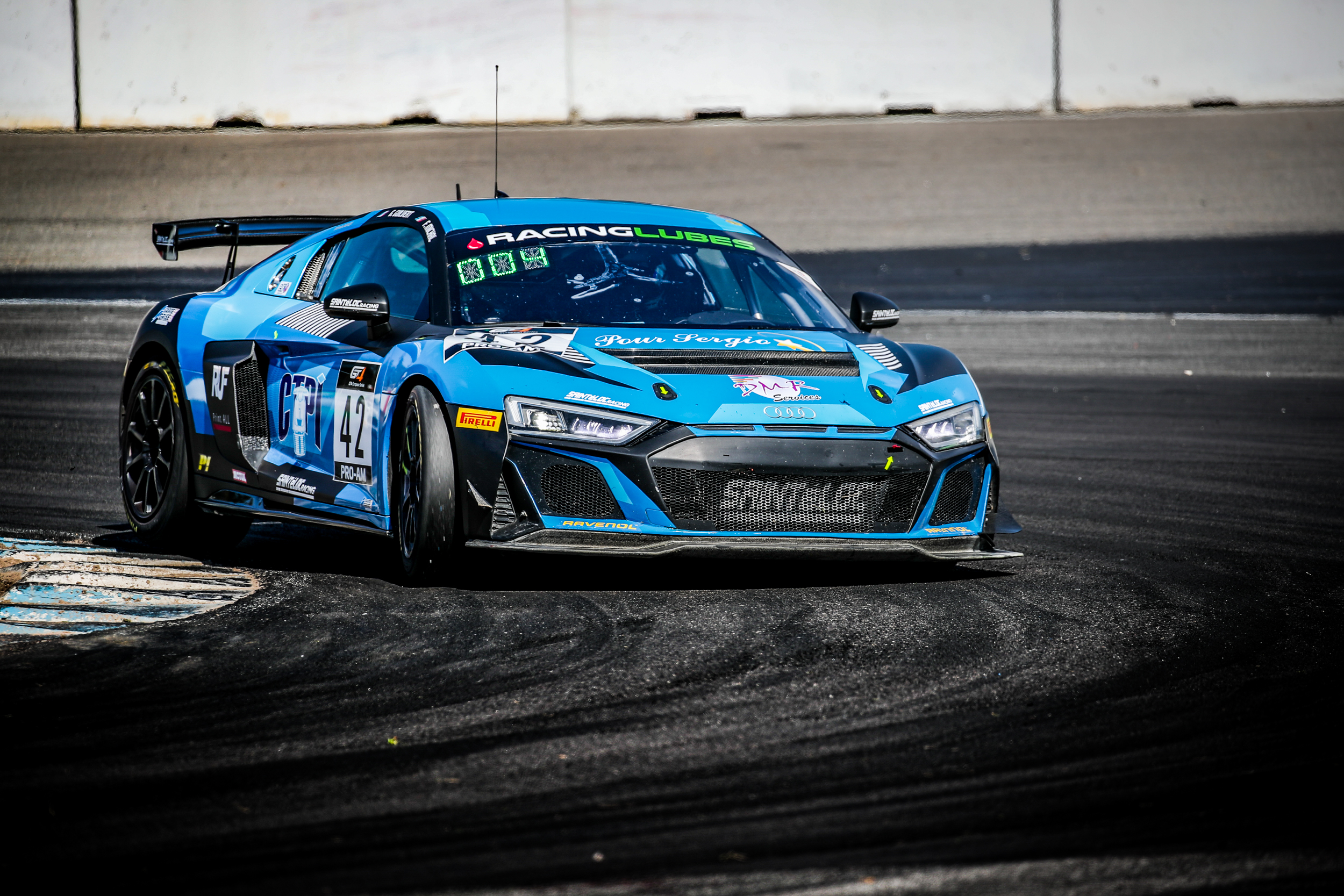 Heading into the race, Beaubelique and Pla simply needed to out-score their closest championship rivals – Ivan Jacoma and Alex Fontana in the Centri Porsche Ticino Cayman – by three points to secure this year’s Pro-Am title. And it looked like they would get their wish as Jacoma had to pit early on with a puncture and a brake issue, putting the car out.

But things are rarely so straightforward in GT4 racing, and Beaubelique was in the pits early himself with a puncture. The safety cars helped keep the #87 Akkodis ASP Team Mercedes-AMG on the lead lap, and Pla took over knowing an eighth-place finish would be enough for the crown. He did briefly get into that position, but then had to serve a two-second stop-go penalty for shaving time off the car’s mandatory pit stop when the in-car timer malfunctioned.

With the championship leaders out of the way, Saintéloc’s Michal and Guilvert grabbed their second win of the year after a tight fight with the Code Alpine, which was also ultimately decided by a pit stop penalty. The two cars traded the lead after the pit stops, with Guilvert managing to squeeze ahead shortly before the Villiger/Leclerc Alpine was handed a one-second stop-go for a short pit stop.

That allowed W&S Motorsport’s Max Kronberg and Hendrik Still into second in their Porsche 718 Cayman, ahead of Robert Haub and Theo Nouet, who survived an early collision to grab a second podium of the weekend in the Drago Racing by ZVO Mercedes-AMG. 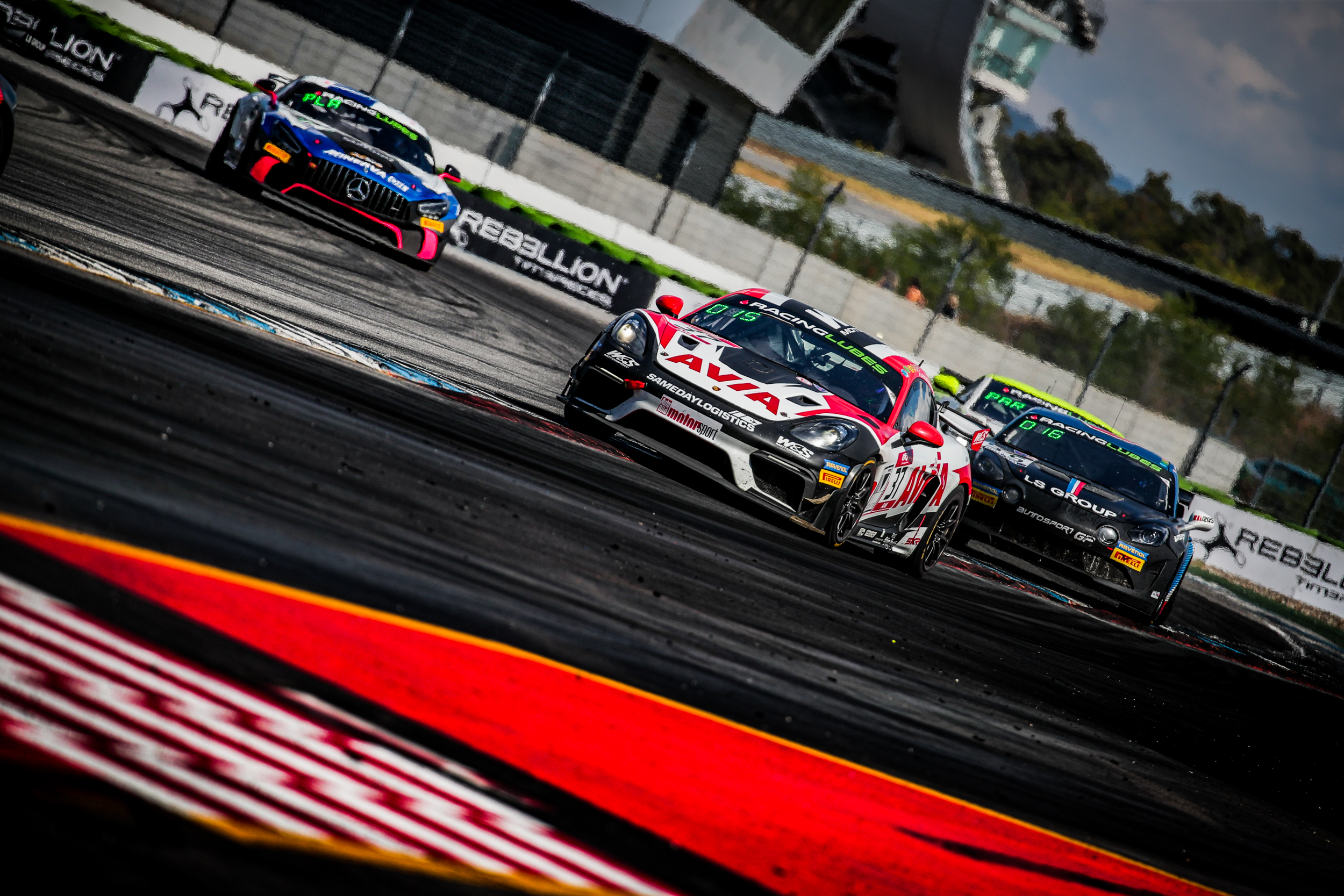 Solukovtsev and Loboda continue their winning streak in Am

Considering they only scored their first class win during the last round at Spa, Loboda and Solukovtsev reigned supreme at Hockenheim, doing the double to take their tally to three wins from four races, and snatching the Am class lead in the process.

Solukovtsev qualified well clear of his class rivals and was simply never really challenged from there, as the two finished 13th overall, seven places ahead of closest challengers Michael Blanchemain and Christophe Hamon in the Team Fullmotorsport Audi.

Frederic de Brabant and Alban Lagrange celebrated their first podium of the year in the #28 Autosport GP Alpine, with Paolo Meloni/Max Tresoldi taking fourth in the W&D Racing Team BMW. Mauro Ricci was forced to drive solo in the #61 Akkodis ASP Team Mercedes-AMG that had led the championship coming into this race after his son Benjamin had to withdraw for personal reasons. Mauro finished fifth to keep the car well in the title fight.

With Wilfried Cazalbon/Julien Lambert’s #89 Aston being an early retirement, and Aleksandr Vaintrub/Stanislav Safronov failing to finish after an early accident of their own, Loboda/Solukovtsev now lead the way by six points over Mauro Ricci heading to Barcelona.