The GT4 European Series will return to the world-famous Nürburgring next season as part of a revised 2023 calendar.

With the Crowdstrike 24 Hours of Spa being moved to earlier in July to accommodate the Formula 1 Belgian Grand Prix, this has sparked a chain of fixture changes for SRO championships, with the GT4 European Series also shuffling some of its events. All championship rounds will continue to take place alongside the Fanatec GT World Challenge Europe powered by AWS next season.

The campaign will still begin at Monza in Italy in April before heading to Circuit Paul Ricard in June. The GT4 European Series will once again being a key part of the Crowdstrike 24 Hours of Spa support package, with the race weekend now being held from June 30-July 1.

After that, the GT4 European Series will not visit Misano in Italy as originally planned, and will instead head back to the Nürburgring for the first time since 2021 on July 29/30. That will be the first of two visits to Germany, with Hockenheim holding its early September slot after the championship made its first appearance there this year.

The season will then come to a close at the Circuit de Catalunya Barcelona on September 30-October 1, with the non-championship Six Hours of Rome race at Vallelunga being held on October 28/29. 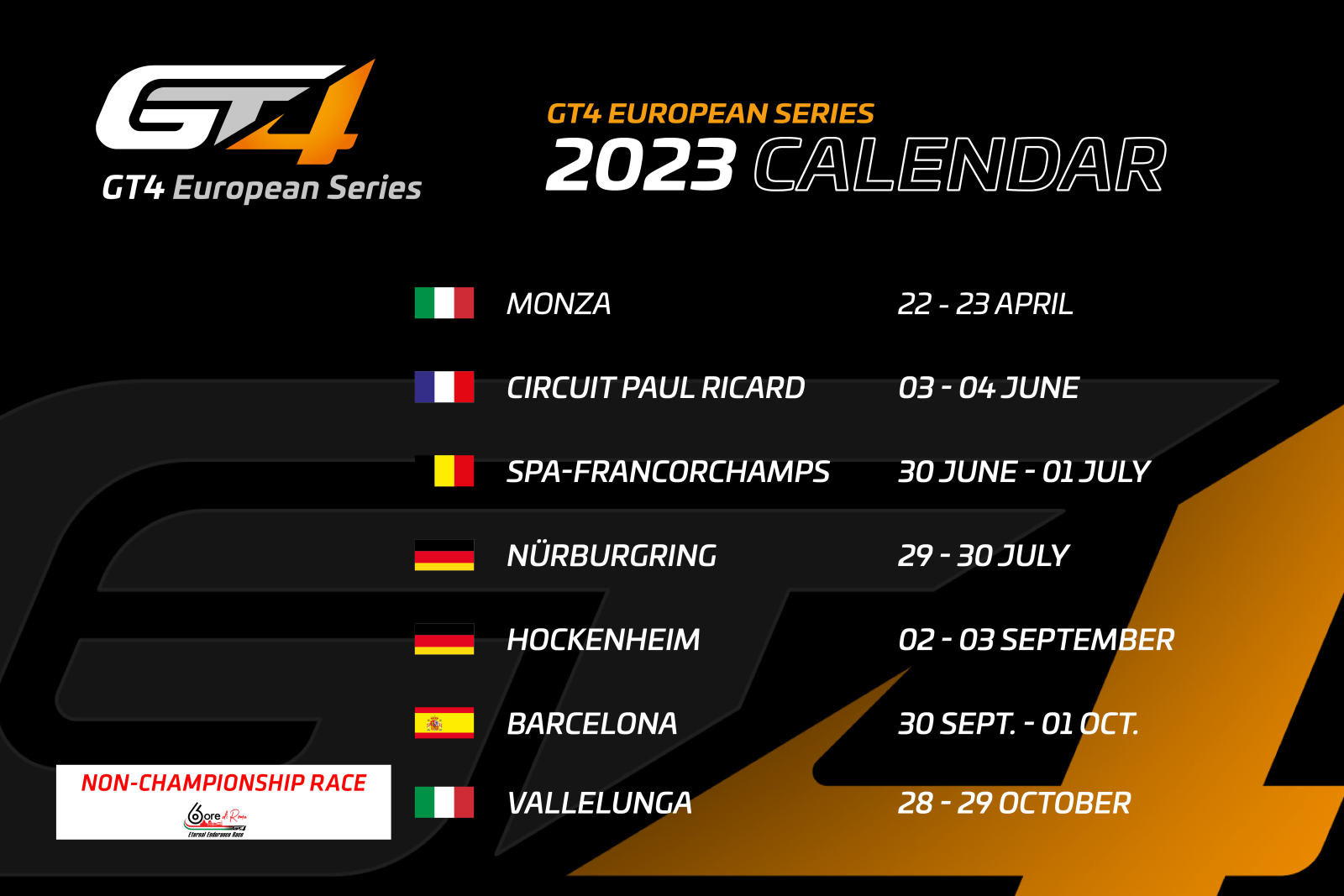