Having finished second-fastest in opening practice at Hockenheim, Allied Racing duo Alexander Hartvig and Moritz Wiskirchen took a turn at the top of the times in FP2 in their Porsche 718 Cayman.

While Porsches continued to lead all three classes, the competition for top spot in each was fierce, with the Caymans never getting much breathing space. To prove how tight things are, less than a second separated the top 18 runners.

W&S Motorsport’s Hendrik Still set the early pace in the #38 718 Cayman before Sacha Bottemane went fastest in the #67 Team Fullmotorsport Audi R8 LMS. But then came Hartvig with a 1m46.752s effort. It may have been marginally slower than the morning session, but it proved enough to grab top spot from Bottemane and Marc Lopez’s Audi, which wound up just over a tenth of a second behind.

That early lap from Still was enough to keep the W&S Porsche he shares with Max Kronberg in third overall, which also put the crew on top of the Pro-Am times, well clear of the closest class opposition. 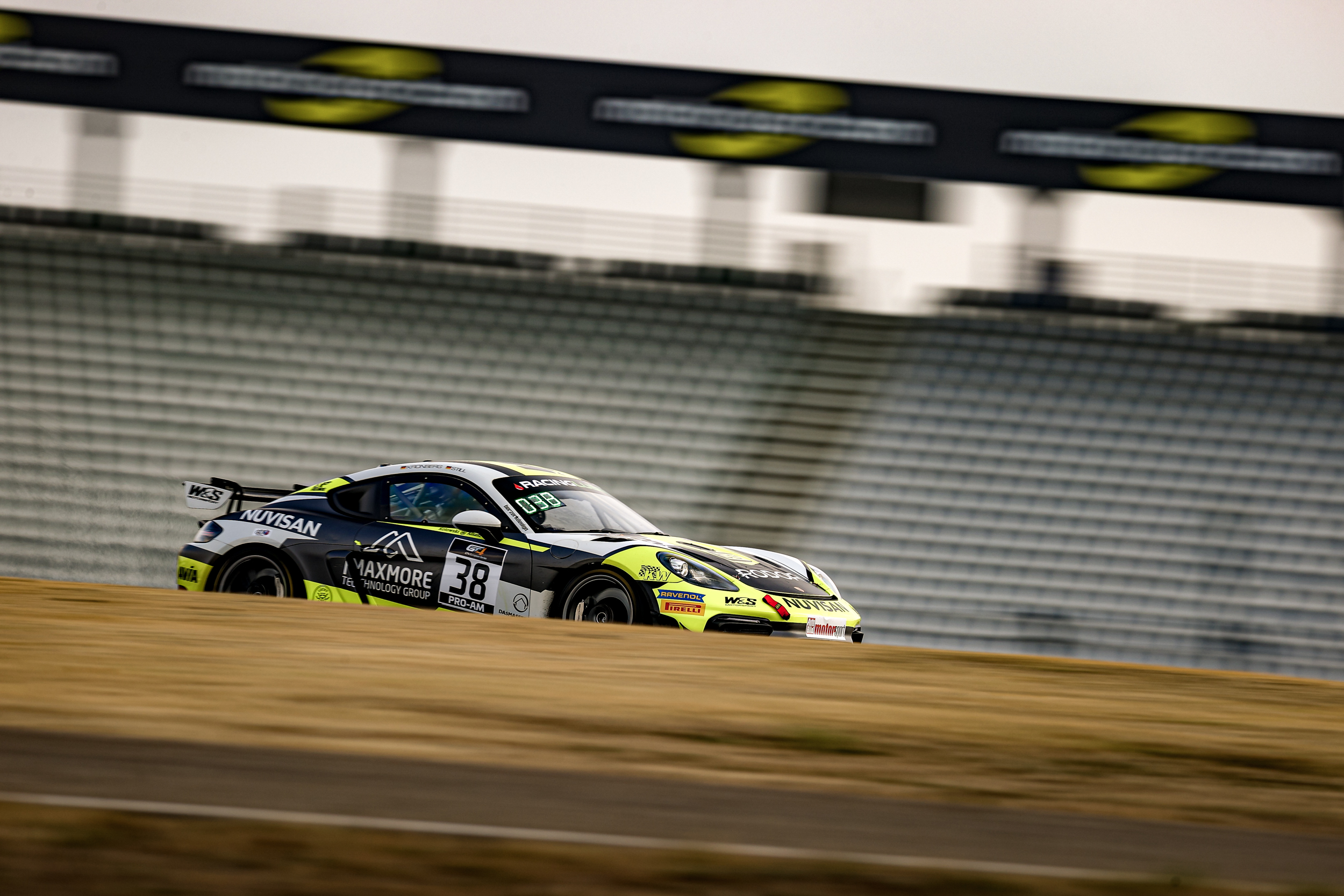 Theo Nouet’s best helped he and new team-mate Robert Haub to seventh in the Drago Racing by ZVO Mercedes, which also put them second in the Pro-Am order. They were ahead of Benjamin Lariche and Robert Consani’s Team Speedcar Audi R8 LMS.

Konstantin Lachenauer and Gus Bowers were ninth in the #10 Racing Spirit of Léman Vantage, with Etienne Cheli/Corentin Surand rounding out the top 10 in their CMR Toyota GR Supra.

The fight for top spot in the Am class proved a tight-run contest, with first Benjamin Ricci leading the way in his and father Mauro’s Akkodis ASP Team Mercedes-AMG, before Christophe Hamon went quicker in the Team Fullmotorsport Audi he shares with Michael Blanchemain. Then Stanislav Safronov put the #88 NM Racing Team Mercedes-AMG he shares with Aleksandr Vaintrub top of the class and looked set to hold on, until Mikhail Loboda repeated his FP1 form and managed to pull a few places clear in the #37 W&S 718 Cayman he shares with Andrey Solukovtsev.