Centri Porsche Ticino drivers Ivan Jacoma and Alex Fontana got their weekend in Germany off to a flying start by topping the opening free practice session at Hockenheim aboard their 718 Cayman, doing just enough to fend off the rival Allied Racing Cayman of Moritz Wiskirchen and Alexander Hartvig.

Fontana set the session's best time – a 1m46.678s – on his sixth lap, putting the Ticino car just over a tenth clear of Wiskirchen’s best effort as Porsches locked out the top two spots. That result also handed Jacoma and Fontana a boost ahead of crucial weekend in the Pro-Am title chase, with the pair needing to make up ground to championship leaders Jean-Luc Beaubelique and Jim Pla, who were just 18th in this session aboard their Akkodis ASP Team Mercedes-AMG.

The surprise of the session was a superb effort from Mikhail Loboda late on in the #37 W&S Motorsport Porsche 718 Cayman, lifting the Am class car to fourth overall. Loboda and team-mate Andrey Solukovtsev scored their first class win last time out at Spa, and look hungry for more. 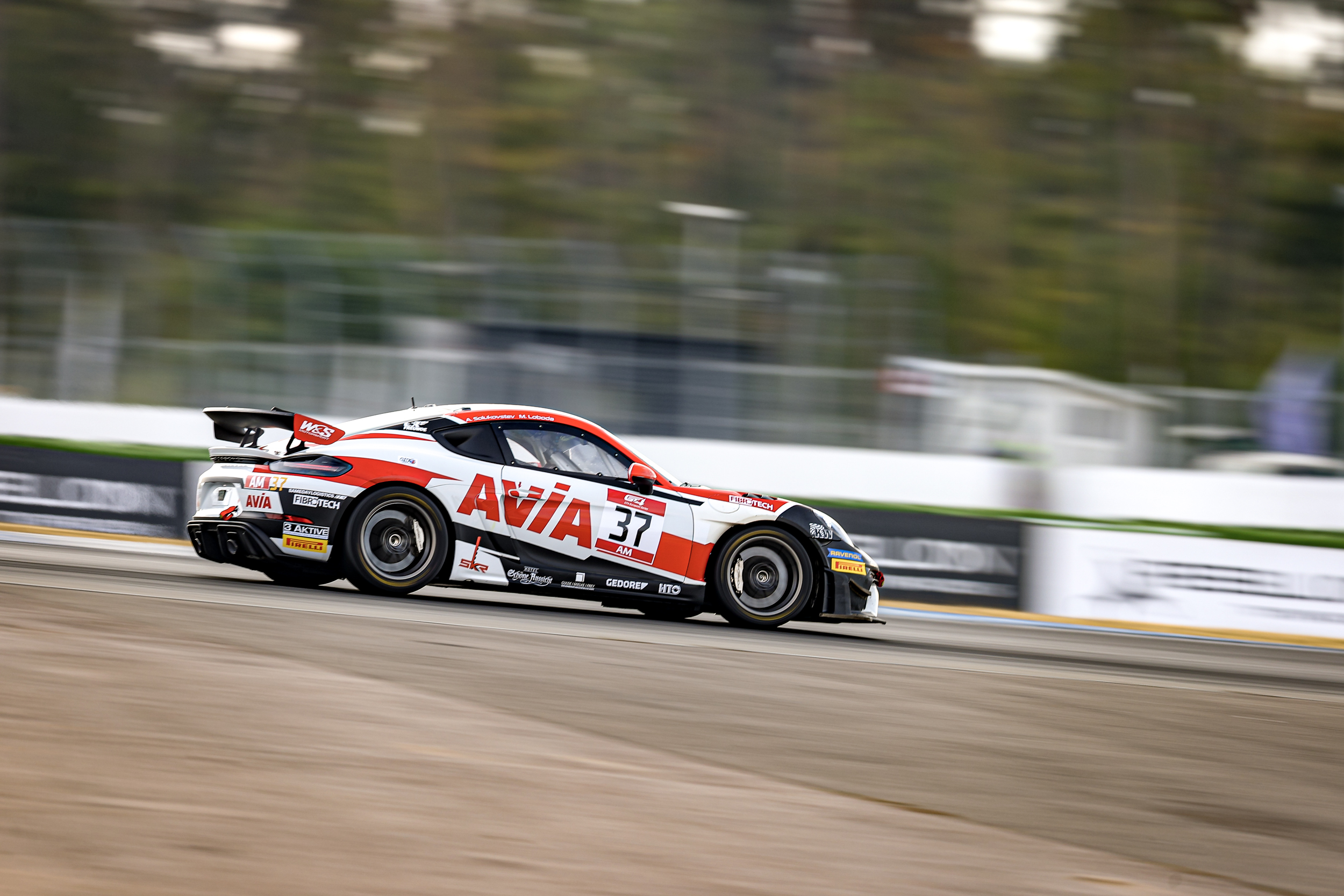 With Loboda so high up the timesheets, Christophe Hamon and Michael Blanchemain were the next-best Am crew, their Team Fullmotorsport Audi finishing 22nd overall. Class leaders Mauro and Benjamin Ricci were third quickest in 30th overall.