Lluc Ibañez and Enzo Joulié proved to be the stars of the two GT4 European Series qualifying sessions at Misano, with each driver sweeping to top spot to claim both pole positions.

The #15 NM Racing Team Mercedes-AMG looked quick from the start of the opening session, and Ibañez duly built on the team’s strong showing in Friday practice by grabbing pole by a slim margin. A crushing performance by Joulié in the second session then gave the car pole for race two by the biggest margin so far this year.

Ibañez took his time to bring his tyres in, and did set an outright best first sector on his first flying lap before being delayed by traffic. Regardless, the Spaniard’s second effort was a beauty, dipping into the low 1m40s to lead the way, but things weren’t quite secure.

With the Pro drivers in the field there could be no discounting the twin Akkodis ASP Team Mercedes-AMGs of Jim Pla and Simon Gachet. Both made late runs for pole, with Pla missing out by just 0.043s, and Gachet making it a Mercedes-AMG top three just 0.1s back. The two did at least lock-out the front row in the Pro-Am order.

It proved a tricky session for the two title-chasing Aston Martins, with Konstantin Lachenauer managing eighth overall (third in the Silver Cup order) and Ortmann finishing down in 17th overall, meaning the Vantage that dominated the last round at Circuit Paul Ricard will start sixth in the Silver Cup category.

Stanislav Safronov made it two poles for NM Racing Team – and a clean sweep in the session for Mercedes-AMG – by claiming top spot in the Am class, his #88 AMG finishing a fine 12th overall. Benjamin Ricci grabbed second in class in the #61 Akkodis ASP AMG ahead of Mikhail Loboda’s W&S Motorsport Porsche 718 Cayman. Markus Lungstrass was fourth in the #18 Team Spirit Racing Vantage, with Paolo Meloni fifth in W&D Racing Team’s BMW M4. AGS Events’ struggles continued with Julien Lambert only ninth fastest in the class championship-leading #89 Vantage. 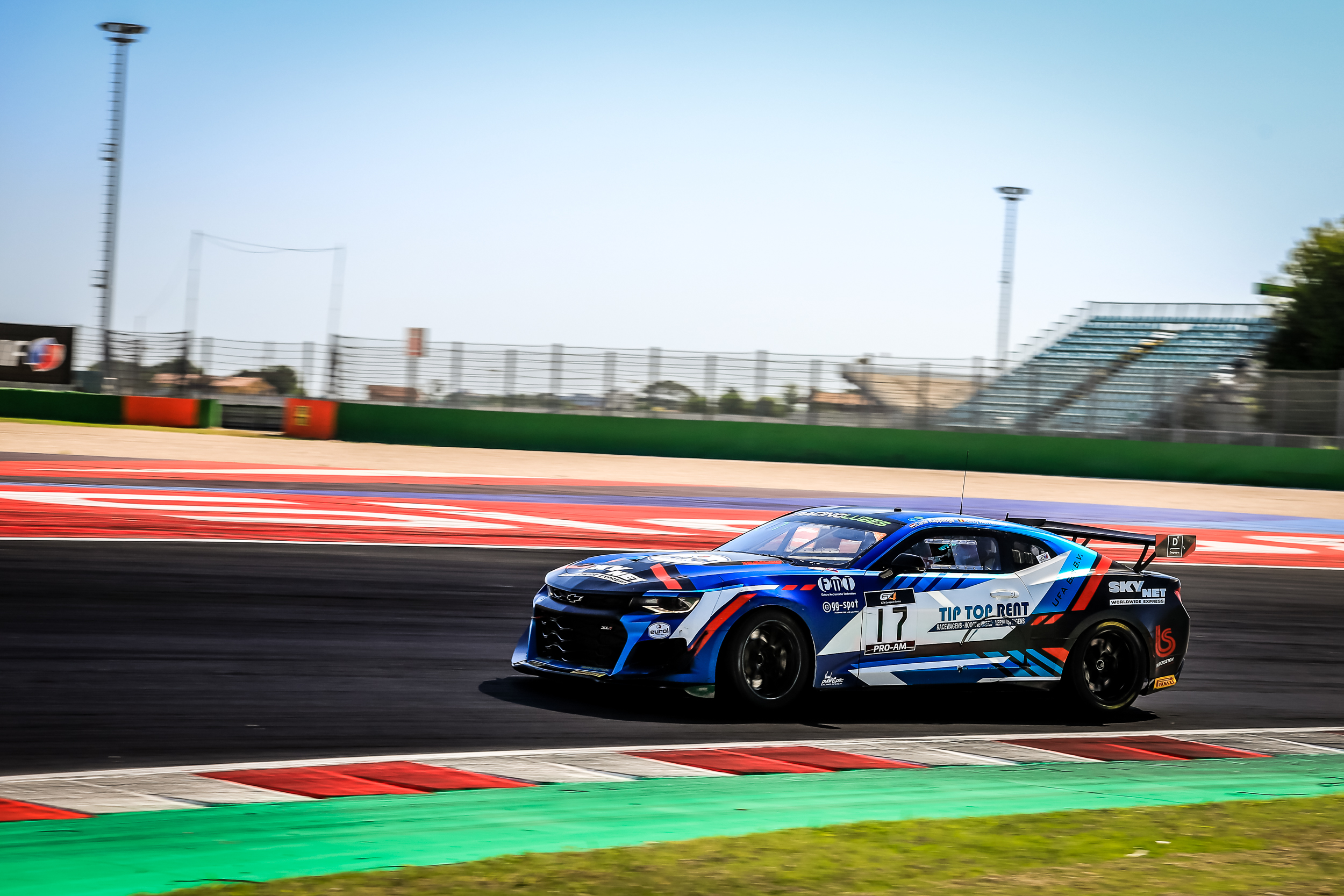 The second session was more open, and belonged to Frenchman Joulié, who scorched to pole by a huge margin.

Having taken the #15 over from Ibañez and received a rather animated pep talk from his team-mate, Joulié made no mistake to displace Romain Monti’s CMR Toyota GR Supra from top spot a quarter of the way through the session. Once in front Joulié then hammered home his advantage, making a further two improvements to wind up a huge 0.879s clear of the pack.

Monti did enough to hold on to a front-row start in the Toyota he shares with Antoine Potty, while Moritz Wiskirchen grabbed third for the #44 Allied Racing Porsche. Gus Bowers was fourth fastest in the championship-leading Racing Spirirt of Léman Vantage, ahead of Hugo Sasse’s #24 PROsport car. Robert Consani looked set to challenge Joulié for pole in the Team Speedcar Audi R8 LMS, but a lost fastest lap for track limits and traffic on his subsequent attempts limited him to sixth.

Defending Am class champion Christophe Hamon celebrated class pole in the #69 Team Fullmotorsport Audi with a controlled performance. He hit the front early on and stayed there, some way clear of Aleksandr Vaintrub’s NM Racing Team Mercedes-AMG. Andrey Solukovtsev was third fastest for the W&S Motorsport Porsche team, with Wilfried Cazalbon wringing the neck of the points-leading AGS Aston Martin to grab fourth. 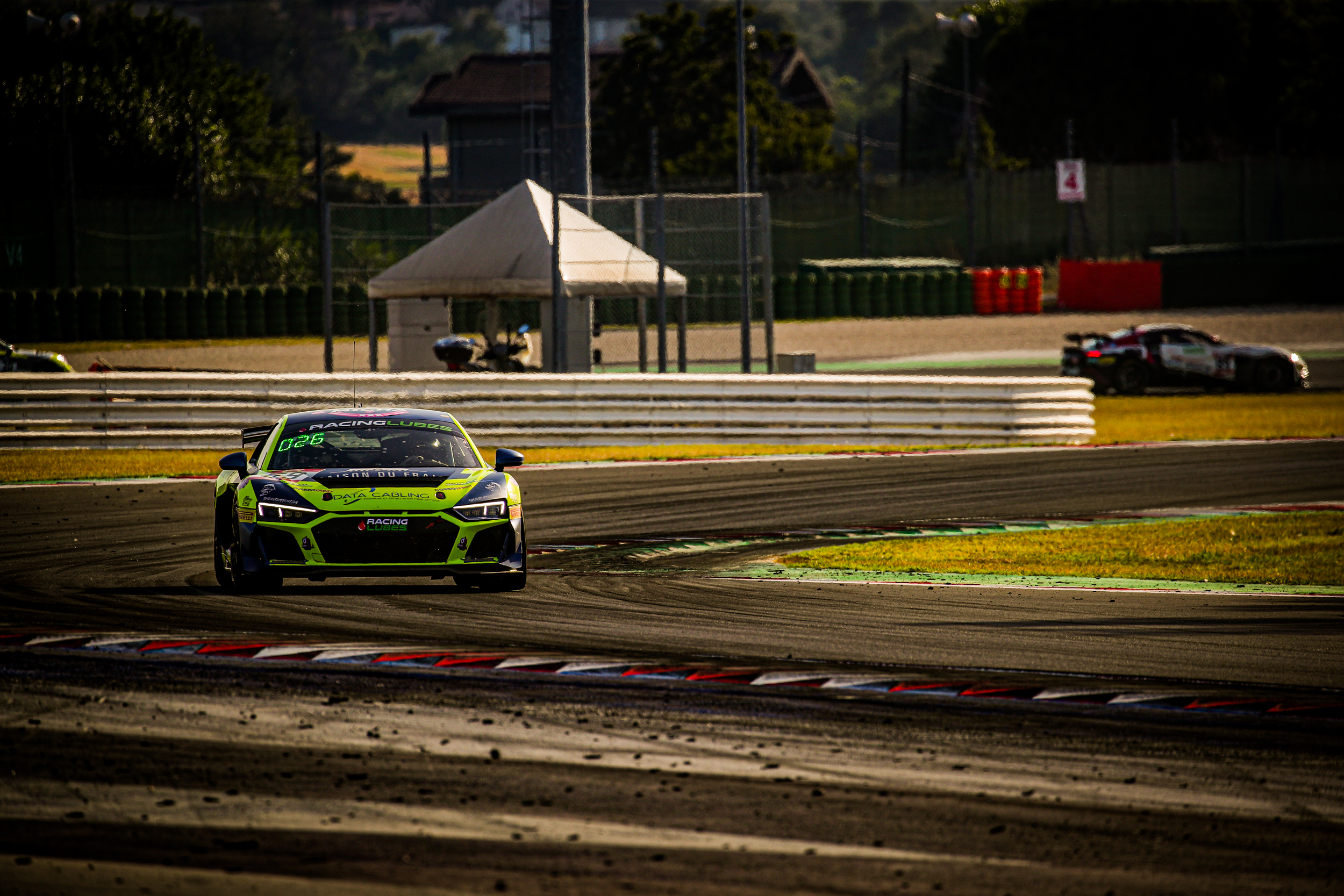