Since 2019, many fans will have noticed the logo of Racing Lubes popping up around SRO Motorsports Group championships, and this year the company is a major backer of the GT4 European Series.

Since 2019 Racing Lubes has supported the French FFSA GT Championship, and in 2021 it helped with the creation of the French FFSA Tourism Championship. Now for 2022, Racing Lubes logos proudly adorn the windscreen banners of all GT4 European Series cars. And its manager is also deeply involved in the championship, too, with Racing Lubes head Robert Consani taking part in this year’s contest, sharing a Team Speedcar Audi R8 LMS GT4 with Benjamin Lariche. We caught up with Consani to hear about his triple partnership. 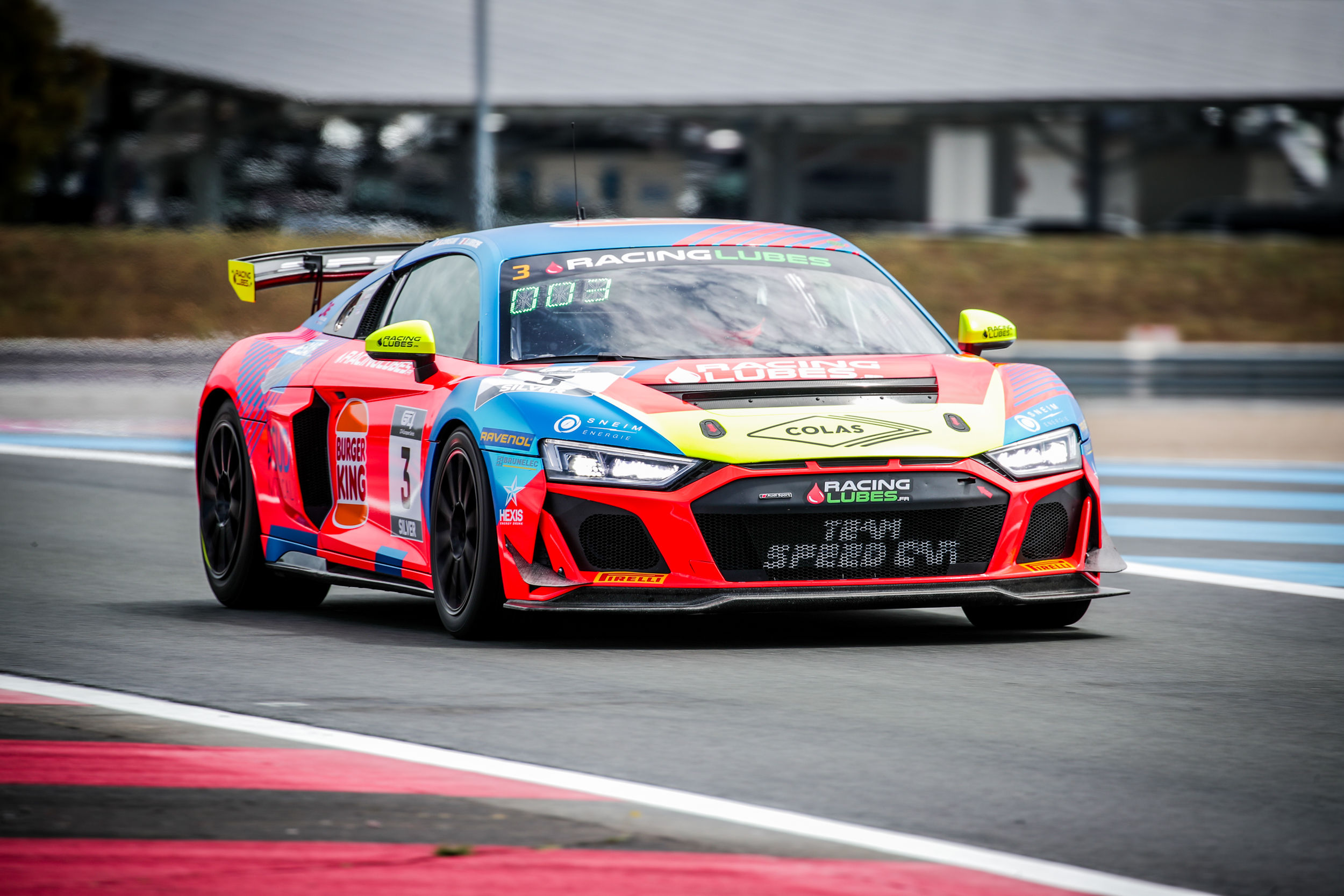 Robert, Racing Lubes is a name that oozes competition, after all it does have the word ‘Racing’ in the name. But it’s not all about sport as the business is much wider?
“Racing Lubes distributes more than 50 brands of lubricants and markets them mainly on the internet with, it is true, an image built around competition. If we have been known in the world of motorsport for more than 10 years, our catalogue is actually much larger than just that! We offer fluids and greases for cars, motorcycles, karting but also boating, aviation, transport, industry, gardening and many other applications... Beyond oils and lubricants, for engines and gearboxes, for example, we offer many other items such as brake fluid, coolant, degreasers, the Loctite range or even… hand soap!”

Why did you choose to strengthen your collaboration with SRO Motorsports Group in 2022?
“We are delighted with the impact we have through the various championships, in particular with the global coverage of the FFSA French GT Championship. We are in a phase where we must continue to make ourselves known, both by the teams in the paddocks and vis-à-vis the general public, since we also sell directly to individuals. We have among our customers large companies, professionals in the auto sector, but also individuals who empty their vehicles themselves. And it is also this ability to meet the demand of such different customers that is our strength. Making Racing Lubes known therefore makes sense: the more people see our name, the more they will think of us when they need it.”

And being in paddock means you get to do more than just display your brand.
“In effect. On some events, we set up an information stand in the paddock where we present our activities. We can thus enter into contact with customers or prospects. We don't do it at all the meetings, but for example we had a stand in Le Castellet at the beginning of June during the 1000km of Circuit Paul Ricard and the second round of the GT4 European Series.”

Exactly, you are a French company, but you have also been supporting the GT4 European Series since this year. Why?
“We learned that the sun visor strip was available for a championship sponsor and we thought it was a good idea to be present on all the cars, moreover in a position that does not go unnoticed. Why the GT4 European Series? Because we want to develop beyond the borders of France and our website will soon allow orders to be placed throughout Europe. Therefore, given that I am competing in the GT4 European Series myself this season and that I can also answer any questions while on site, tripling our partnership with SRO Motorsports Group made a lot of sense!” 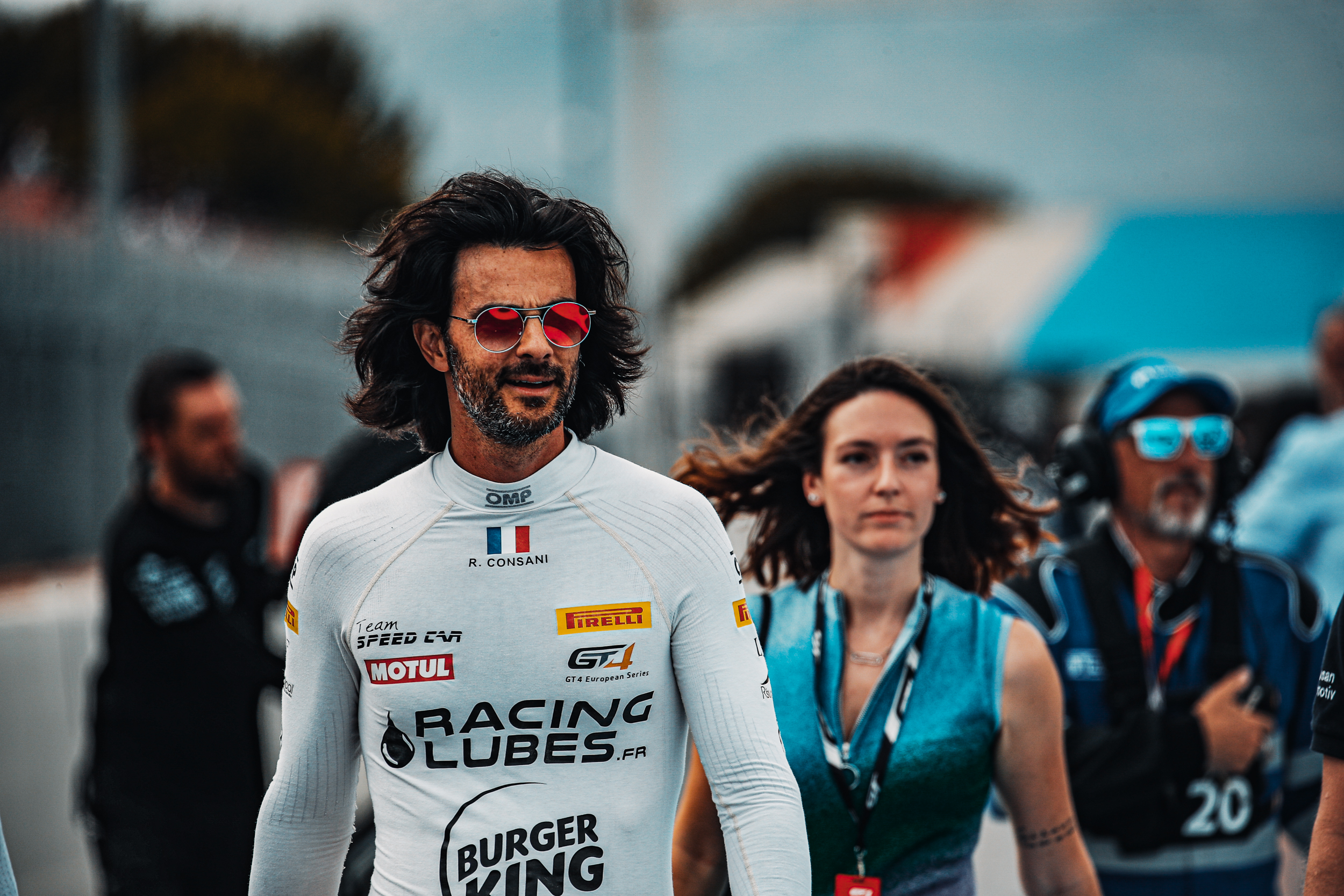