Swiss squad Racing Spirit of Léman has confirmed Gus Bowers and Konstantin Lachenauer as the first two drivers for its planned two-car entry into this season’s GT4 European Series.

Bowers and Lachenauer will handle the first of the team’s new Aston Martin Vantage GT4s and will compete for outright honours in the Silver Cup category.

Briton Bowers returns for a second GT4 European Series campaign, having been part of the United Autosports McLaren crew last season, finishing fifth in the Silver Cup standings and scoring an outright race victory at the Nürburgring. Prior to that he had finished fourth in the British GT Championship’s GT4 division.

Swiss driver Lachenauer is also back for a second GT4 Europe attempt, having spent last term with the AGS Events Aston Martin team. He finished ninth in the championship, scoring his breakthrough race victory at Zandvoort.

Bowers said: “I’m super excited to announce I will be driving for Racing Spirit of Léman in the Aston Martin Vantage GT4 this year. Thank you to everybody who made this possible, and see you all at Imola for round one!”

Lachenauer said: “I am delighted to be racing with Racing Spirit of Léman with the best-in-class Aston Martin Vantage GT4, and sharing with Gus. Our goal is clear, we will give our absolute best to work as hard as we can to clinch the Silver Cup category. This season is a massive opportunity to show our capabilities and determination to reach our target. I can’t thank my partners enough for continuously believing in me and now we’re both eager to get going in Imola.” 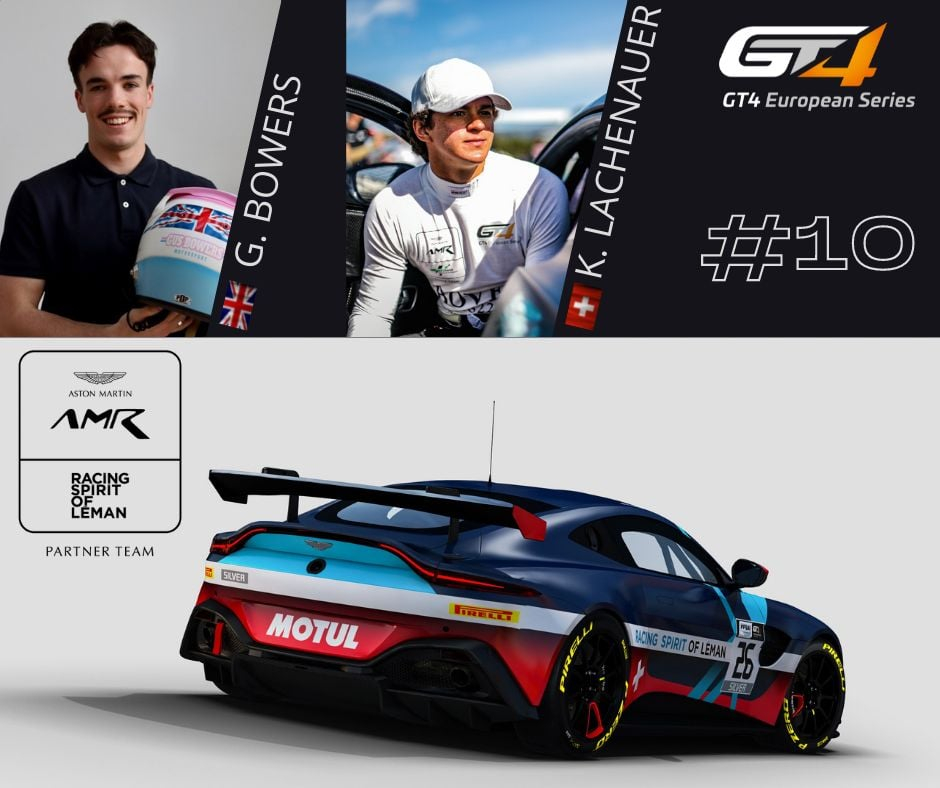