Bailey Voisin captured his first pole position of the 2021 season in the #23 United Autosports McLaren in the opening qualifying session. Voisin moved into the top spot right before the session was cut short by a red flag when one of the Trivellato Racing by Villorba Corse cars went off.

The red flag cost others a chance of another attempt to beat Voisin’s best lap of 2m30.955s. As the red flag came out and the decision was made not to resume the session Allied Racing driver Joel Sturm in the #22 Porsche was in second place, at 0.09s from the top spot.

Sturm himself was just 0.005s quicker than Loris Cabirou in the #30 CMR Alpine. Paul Evrard completed the Silver Cup top four overall, with the #88 AKKA ASP Mercedes-AMG ending the session almost a quarter of a second behind Voisin’s McLaren. The championship leader in the Silver Cup class, Antoine Potty, qualified the #8 CMR Toyota in fifth place.

Pole position in the Pro-Am Cup went to championship leader Fabien Michal in the #42 Saintéloc Racing Audi. Michal finished the session in eighth overall and was almost half a second quicker than the second-fastest Pro-Am competitor, Ivan Jacoma in the #718 Centri Porsche Ticino car in tenth overall. Luca Bosco took third in class in the #34 Selleslagh Racing Team Mercedes-AMG with 12th place overall.

Turkish driver Cem Bolukbasi was fifth fastest on the road in the first qualifying session.The #12 Borusan Otomotiv Motorsport BMW will start from pole in Am Cup, having been moved to the class following the withdrawal of Berkay Besler from the line-up.

Bolukbasi registered a best lap of 2m31.265, over a second and a half quicker than Nicolas Gomar in the #89 AGS Events Aston Martin. Wilfried Cazalbon qualified the #3 CMR Toyota in third place for today’s GT4 European Series race at Spa. 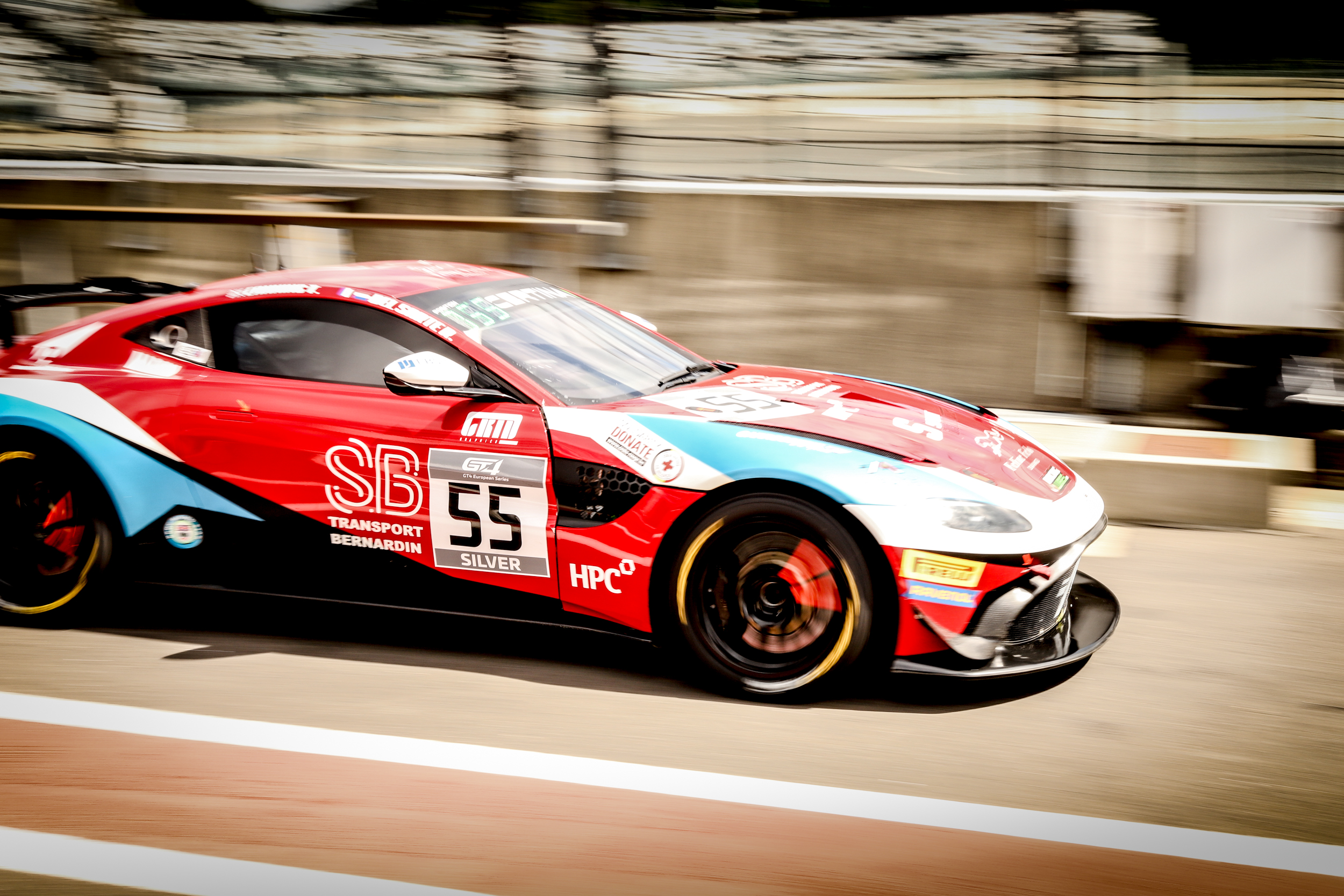 In Qualifying 2 it was Tom Canning in the #55 Mirage Racing Aston Martin who secured pole position. Canning beat the #23 United Autosports McLaren, #88 AKKA ASP Mercedes-AMG and #22 Allied Racing Porsche to make it a Silver Cup top four overall on the grid for tomorrow’s race.

Canning claimed the first pole of his GT4 European Series career by the narrow margin of just under four hundredths of a second in a tight qualifying session that saw many drivers lost a lap time for exceeding the track limits.

As the chequered flag was being shown Dean Macdonald was scored as second at just 0.002s, but the best lap time of the #32 McLaren was deleted and he dropped to fifth in class, behind pole sitter Canning, Charlie Fagg, Timothé Buret and Nicolaj Møller-Madsen respectively.

Jim Pla secured pole position in Pro-Am by taking fifth in the #87 AKKA ASP Mercedes-AMG he shares with Jean-Luc Beaubelique. Pla only just missed out on a place on second row of the grid, coming just 0.006s shy of Møller-Madsen’s best lap.

The #33 SVC Sport Management Toyota won the Am Cup pole fight, with Antoni Chodzen beating the #7 Street Art Racing Aston Martin of Paul Theysgens by a mere 0.015s. Theysgens had initially posted the fastest time, but 35 seconds after he had crossed the line Chodzen came through to take pole. The #3 CMR Toyota of Andrea Benezet ended the session in third place, completing a rather successful Am Cup qualifying session for the Japanese brand.

The seventh race of the 2021 season gets underway at 17:00 local time and is broadcast live on the official GTWorld YouTube channel, as well as the GT4 European Series website and Facebook page.