The GT4 European Series will return to Monza in Italy for its opening round next season, as well as continuing its place as a key part of the support package for the 2023 Crowdstrike 24 Hours of Spa.

The championship is enjoying a record-breaking season this year, starting the campaign with an unprecedented 50 cars and hitting a high of 55 – an all-time record grid for the GT4 formula – during this year’s event at Spa-Francorchamps.

For next year the series will retain its popular format of six rounds, each featuring twin free practice sessions, qualifying and two one-hour sprint races. As in 2021, the championship will start at the historic parkland circuit of Monza in Italy, before visiting four other countries around Europe.

All races will again run in support of the Fanatec GT World Challenge Europe powered by AWS, giving the GT4 European Series the perfect platform to shine and again emphasising the role the category plays as a stepping stone toward world-class GT3 racing.

In addition to the regular season calendar, the GT4 formula will break new ground again next year with a new six-hour event being dedicated solely to GT4 machinery. The non-championship Six Hours of Rome will be a new standalone event, due to take place at Vallelunga in Italy on October 28/29. 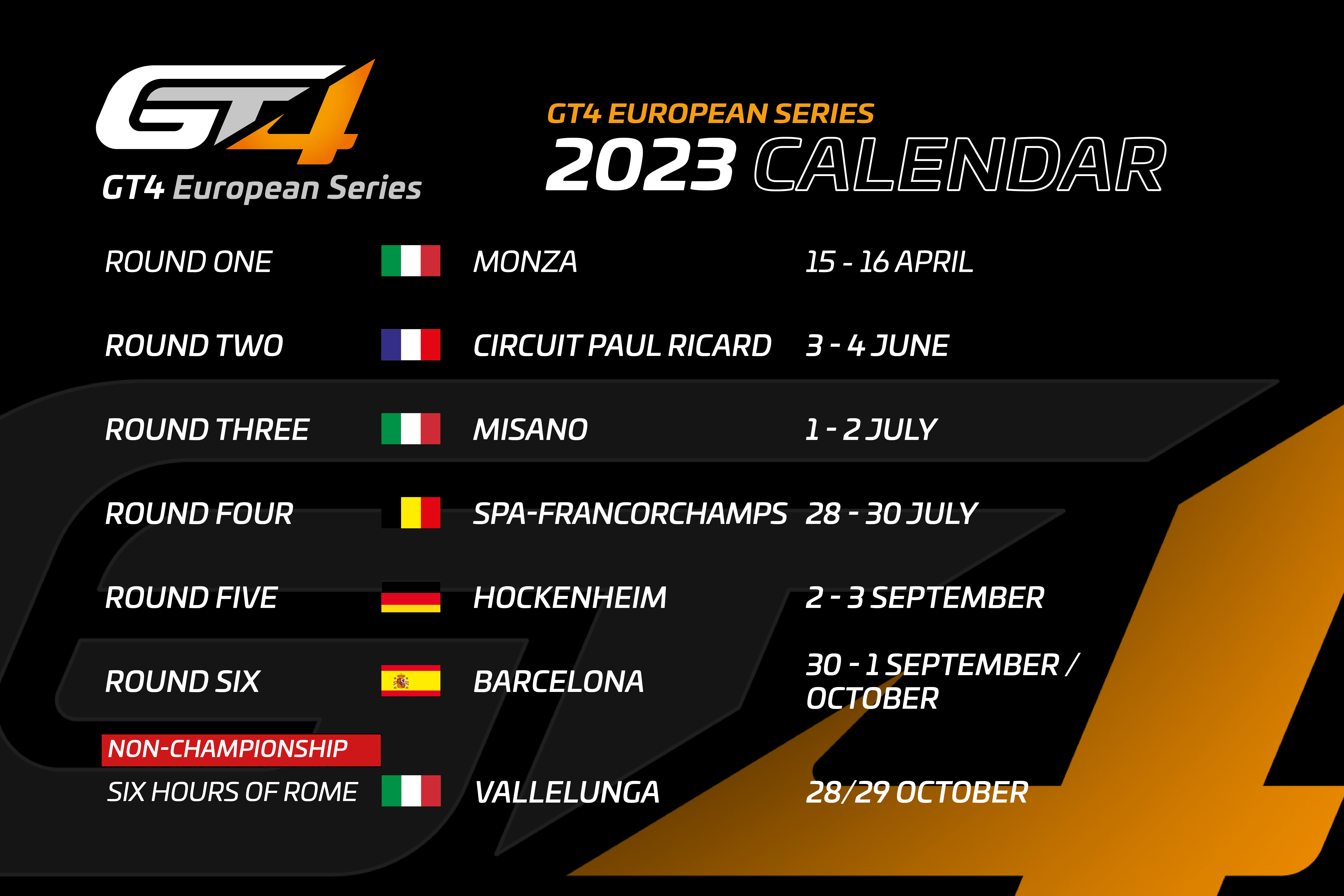