Terrific qualifying efforts from both Simon Gachet and Lluc Ibañez secured overall pole positions for both the Akkodis ASP Team and NM Racing Team respectively at Circuit Paul Ricard after two hard-fought sessions in the sun.

Having been denied top spot by Jim Pla in the sister Akkodis ASP entry during both free practice sessions yesterday, Gachet made no mistake this time and romped to race one pole by a full half-a-second in the #81 Mercedes-AMG he shares with Eric Debard. Likewise, Ibañez then followed suit, claiming race two pole for himself and Enzo Joulié by topping the second segment – coincidentally setting the second-fastest overall qualifying time behind Gachet’s ultimate best in Q1.

Practice suggested the opening qualifying session could be a straight fight between the Mercedes-AMGs of Gachet and Pla, and that almost turned out to be the case, but there was drama when Pla’s best lap was deleted for track limits, leaving him only a single final effort to take a shot at pole. With the best taken out of his tyres in the heat, Pla would only manage to go third fastest, leaving Gachet unopposed and opening the door for Nico Verdonck to steal second in the #25 Prosport Racing Aston Martin.

Konstantin Lachenauer will start the Silver Cup championship-leading #10 Racing Spirit of Léman Aston from ninth, with joint Pro-Am championship leader Alex Fontana rounding out the top 10 in the Centri Porsche Ticino Cayman he shares with Ivan Jacoma. The other championship leader – Allied Racing’s #22 718 Cayman – struggled, with Imola star Vincent Andronaco failing to register a time due to a technical issue and then a track limits censure. That car will start last. 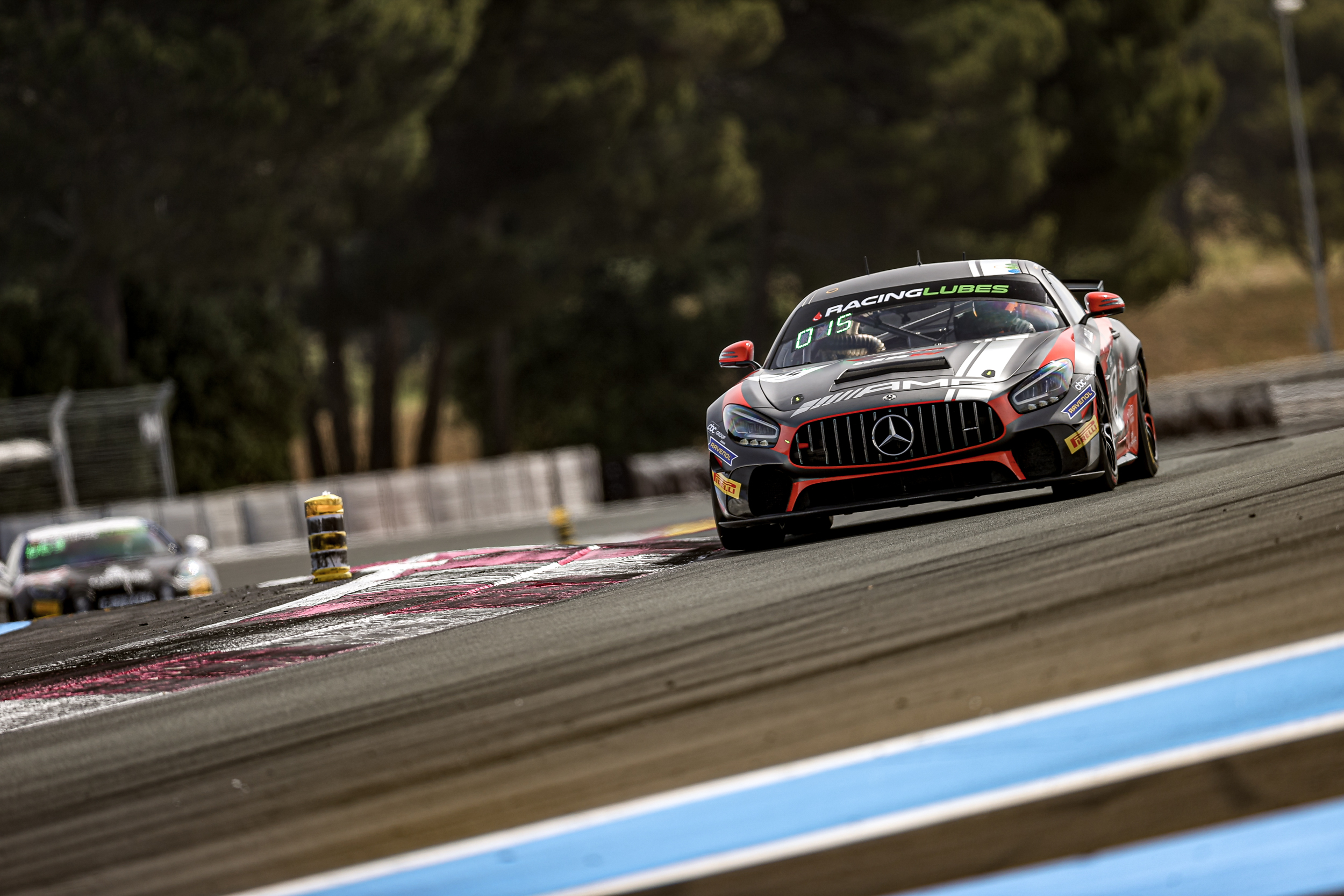 The second session was far more open, with multiple cars enjoying a spell at the top of the times before Ibañez excelled to snatch race two pole for NM Racing Team.

Robert Consani led the early laps in the #3 Audi before being displaced by Ivan Jacoma (#718 Porsche), Gus Bowers (#10 Aston Martin) and then Kenny Herremans in the V8 Racing Camaro. Ibañez first hit the front mid-session after making a quick stop to rotate tyres early on. He then improved again to go 0.8s clear, only to have that lap deleted and an improved effort from Herremans relegated him to second. Regardless, the Spaniard went for one final run and duly did enough to put himself clear and be the only driver in the session to dip into the 2m12s bracket.

Herremans kept hold of second – and Pro-Am pole – with Bowers third ahead of Hugo Sasse (#24 Aston Martin) and Am class leader Christophe Hamon, who produced a superb effort to lift the championship-leading #69 Team Fullmotorsport Audi to fifth overall, well clear of title rival Julian Lambert’s AGS Events Aston Martin, which was eighth fastest overall. Between them, Luca Bosco was sixth quickest in the #34 Selleslagh Racing Mercedes-AMG, with Akhil Rabindra putting the #19 Racing Spirit of Léman Aston seventh. Vincent Beltoise (#29 Mirage Racing Alpine) was ninth with Consani rounding out the top 10.