Many got a blast from the past when they spied Jason Tahincioğlu’s name on the GT4 European Series entry list for Imola, with the former GP2 racer ending a 15-year spell on the sidelines after securing a comeback with the Borusan Otomotiv Motorsport BMW team.

Rewind back to 2006-07, and ‘Jason Tahinci’ as he was known then, was competing in one of the highest-profile single-seater series in the world, taking on drivers like Lewis Hamilton, Nelson Piquet Jr, Nicolas Lapierre, Sébastien Buemi, Bruno Senna, Lucas di Grassi and more in the ranks of the GP2 Series.

Part of the FMS International team, he was even team-mates with Antonio Pizzonia and a certain Adam Carroll, who is also on the GT4 grid this year with Greystone GT.

We caught up with Tahincioğlu, who shares his #11 Pro-Am BMW M4 GT4 with Yagiz Gedik, during his comeback weekend in Imola…

Jason, we would say welcome to the GT4 European Series, but it’s more like welcome back to racing!
“Yeah, it’s been a long time! About 15 years ago, once upon a time, I was racing in GP2, and it’s crazy that my team-mate from 2007, Adam Carroll is also on this grid with us this season. It’s a bit of an old-school GP2 reunion this year in the GT4 European Series! A lot of the people I used to work with, be they driver coaches, team bosses, engineers… there’s loads of them here now in GT3 and GT4, which shows the quality here.”

And quite a way to make your comeback, in the middle of a 50-car grid…
“What a championship I’ve put myself into! I’ve never raced against 49 other cars before, that’s something special. And there’s so many different manufacturers, cars, drivers… It’s a bit odd for me to be racing in sedan cars after so long not really doing anything driving-wise, and obviously it’s very different from what I’m used to. But it’s a great experience. This drive with Borusan Otomotiv Motorsport was confirmed very late, pretty much a week before Imola, so it didn’t leave a lot of time to prepare.”

How are you adapting to the BMW M4 GT4?
“The Wednesday [pre-event test] was my first time in the M4 and if I’m truthful I actually felt a bit sick! I’m not used to sitting up high and every time I’d bounce off a kerb I felt a bit like I was going to topple over as in GP2 you stayed well clear of the kerbs. Plus, I’m not used to racing with a roof over my head, or not being able to simply open my visor to get some air flow. I think I’m just a bit rusty and need some more time in the car to get rid of those nerves and the cold sweats before you get going. I haven’t raced for 15 years, so I have a lot of catching up to do, plus I need to adapt to these cars with the driving style required and the racecraft, and I still don’t feel too comfortable in the car as I’ve had so little time in it so far.” 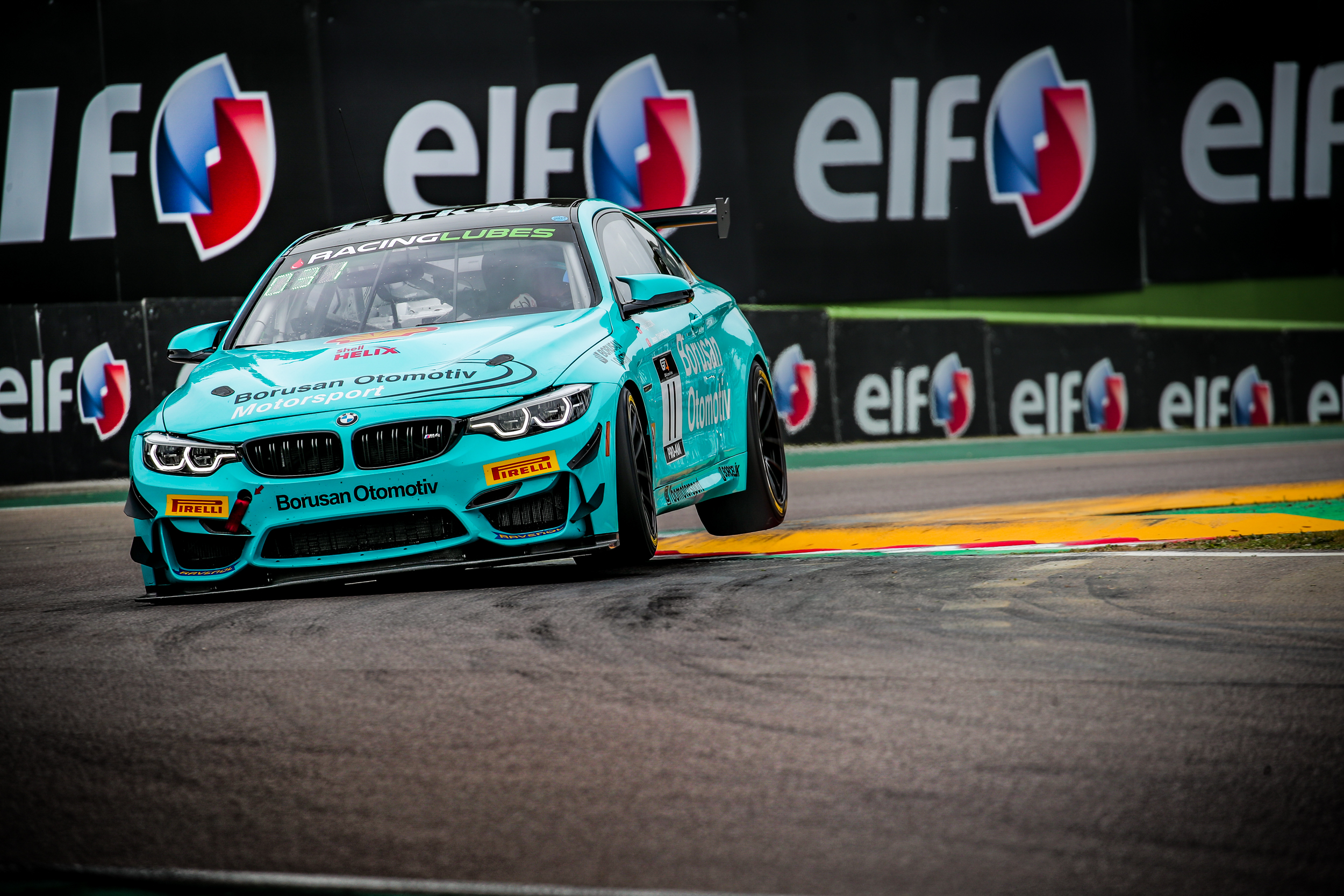 How good does it feel to be back on the grid after so long?
“I’m just so grateful that the Borusan Otomotiv Motorsport team has given me this opportunity, and there’s something special about being Turkish and racing with a Turkish team – it’s the first time in my career that I’ve done that. It’s like flying the flag. It’s a nice environment and I think we’re doing a good job. I also have some really experienced team-mates, who know the car and can help me out. I’m not starting completely from scratch, but not far off it. I did literally nothing racing-wise in that whole time away – just a few track days and a little bit of instructing, but nothing compares to a proper race weekend, in the paddock with everybody and there’s 49 other beasts all trying to get past you.”

You’ve still been involved with racing through some media work though?
“I have done a lot of stuff with Turkish TV on Formula 1 coverage and bits like that, and I also have my own sim racing channel on YouTube (eRacing Academy). I don’t do it professionally, it’s more of a hobby for my channel but I really enjoy creating that content.”

How challenging was the season-opener in Imola?
“Imola was a huge shock for me, coming back into it. The weekend was all about getting myself comfortable, learning the car and the team and the general concept of GT4 racing. It’s even little things like in the car we have the main dash, the Racelogic dash, the shift lights… there’s a lot going on in there! I struggled a little, but I just wanted to learn as much as I could during Imola and by the time we get to Circuit Paul Ricard I’ll be that bit more comfortable.”

What are your hopes for Circuit Paul Ricard and beyond?
“I like Circuit Paul Ricard, it’s a track where you don’t have to take a lot of kerb, which will help me, and it’s a nice flowing layout, so it should be great in a GT4 car. Overall I’m looking forward to all of the rounds this year as I’m just so happy to be back racing again. It’s a kind of project for us. The team is trying to benefit from my experience as somebody who has been in and around racing teams for a long time and seen how things operate at a really high level. We’re all learning from each other and moving forward. But overall, I have a really good feeling about this year.” 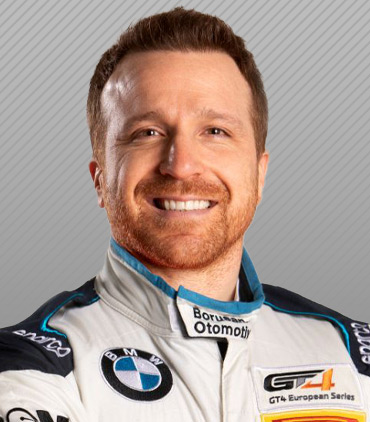