The GT4 European Series continues to go from strength to strength, with a full-season entry list boasting 50 cars and guaranteeing healthy and competitive grids across the entire 2022 season.

This year’s championship is set to break all GT4 European Series entry records. A total of 49 cars will line up for the season opener at Imola in Italy this weekend (April 1-3), marking an increase on the championship’s last record grid, which featured 46 entries at Monza last year. The 2021 championship averaged 42 cars per event, with 2022 set to again better that number.

The championship has been strengthened this year by some key changes to the 2022 series regulations that aim to help streamline the GT4 European Series with the FFSA French GT Championship. Last year many teams from the FFSA French GT Championship opted to contest both series, so for 2022 the sporting regulations will be moved closer in-line between the two series to encourage this to continue, while also making it easier for GT4 European Series teams to cross over into the French championship.

Details of the rule changes are as follows:

Pit stop times
The mandatory pit stop times have been adjusted to match those used in the French championship, reducing the time allotted for driver change to a minimum of 50 seconds, plus the pit lane delta from pit-in to pit-out (at 50kph). Pit stops including a tyre change due to weather conditions will be a fixed time of three minutes, independent of the pit lane length.

Pro-Am Class changes
The professional driver of each Pro-Am entry will now be required to take part in the first element of qualifying for this year, and by default will be the starting driver for the first of the two races. This will better allow them to set-up the car for their amateur team-mates. 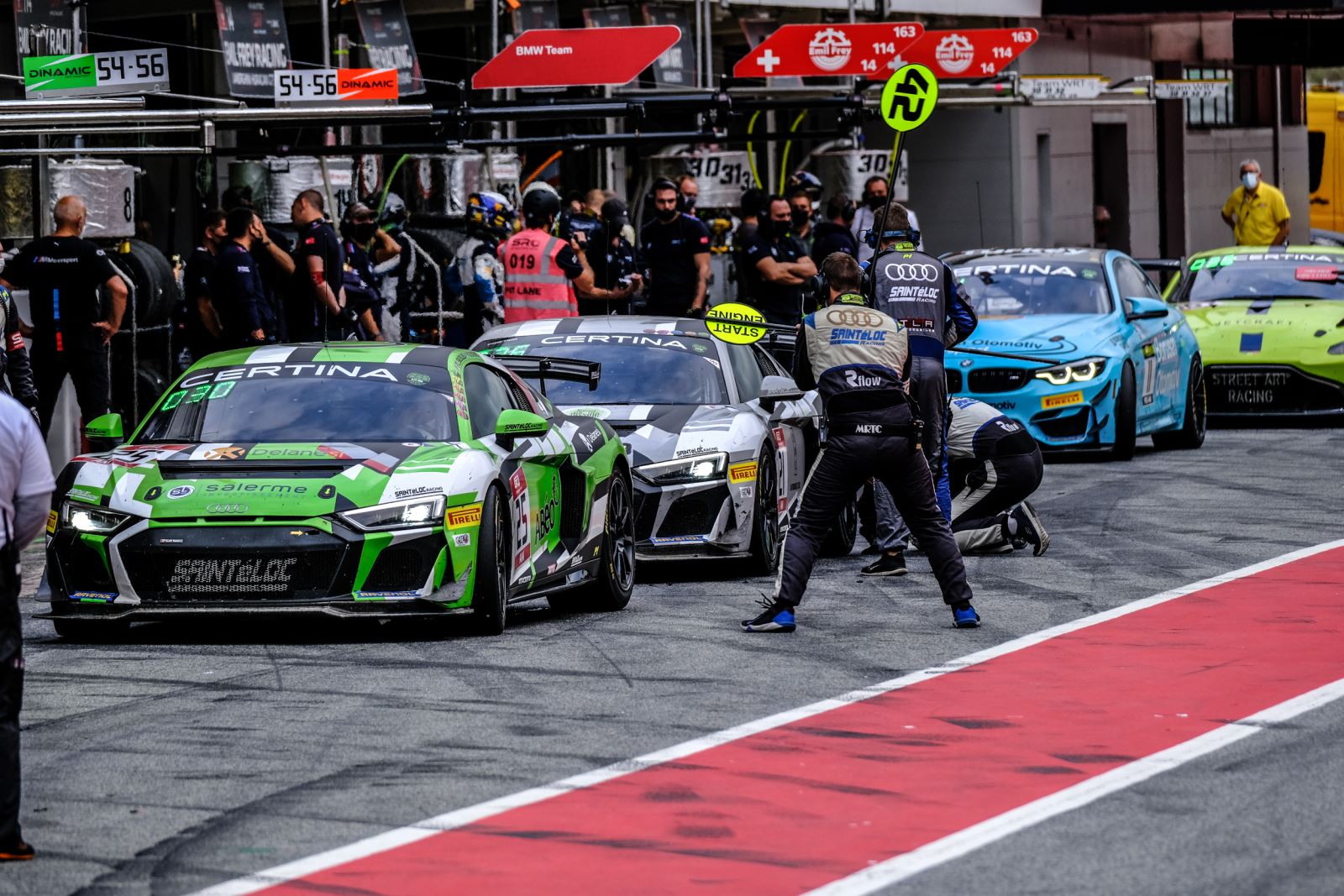 The championship will continue to feature three different classes: Silver Cup for semi-professional driver teams, Pro-Am for a single professional driver sharing with a gentleman driver, and the Am Cup for gentlemen drivers only.

This season the successful twin sprint race format will remain at the heart of the GT4 European Series, with each of the six race weekends featuring two one-hour races.

These will be backed up by two one-hour practice sessions per weekend, and two 20-minute qualifying sessions, ensuring ample track time for all drivers.

All race weekends have the benefit of taking place alongside the Fanatec GT World Challenge Europe powered by AWS, with the GT4 European Series also enjoying a starring role on the undercard of the TotalEnergies 24 Hours of Spa, giving the series maximum exposure.

SRO’s GT4 format has spread globally over the last 15 years, providing lower-cost production-based GT racing that has become the ideal stepping-stone to higher-powered categories such as GT3.

Over 40 different models have been homologated for GT4 since the category made its debut in 2007. Cars from nine different manufacturers are set to take part in the GT4 European Series during 2022.

The opening round of the GT4 European Series gets underway at Imola on April 1-3, before taking in a variety of Europe’s finest racing circuits.