It may be new to motorsport, but the CSA Racing team is wasting little time in making its mark in GT racing. Having scored some strong results in this year’s FFSA French GT Championship, the team has now set its sights on expanding into the GT4 European Series next year.

The French team, founded by entrepreneur Kevin Chanas, has run three Audi R8 LMS GT4s in the French championship this season, and is currently warming up for the final round of the year at Circuit Paul Ricard this weekend.

However, the team has big ambitions, and is planning to branch out into the GT4 European Series with a three-car entry next season, effectively doubling its current racing programme. 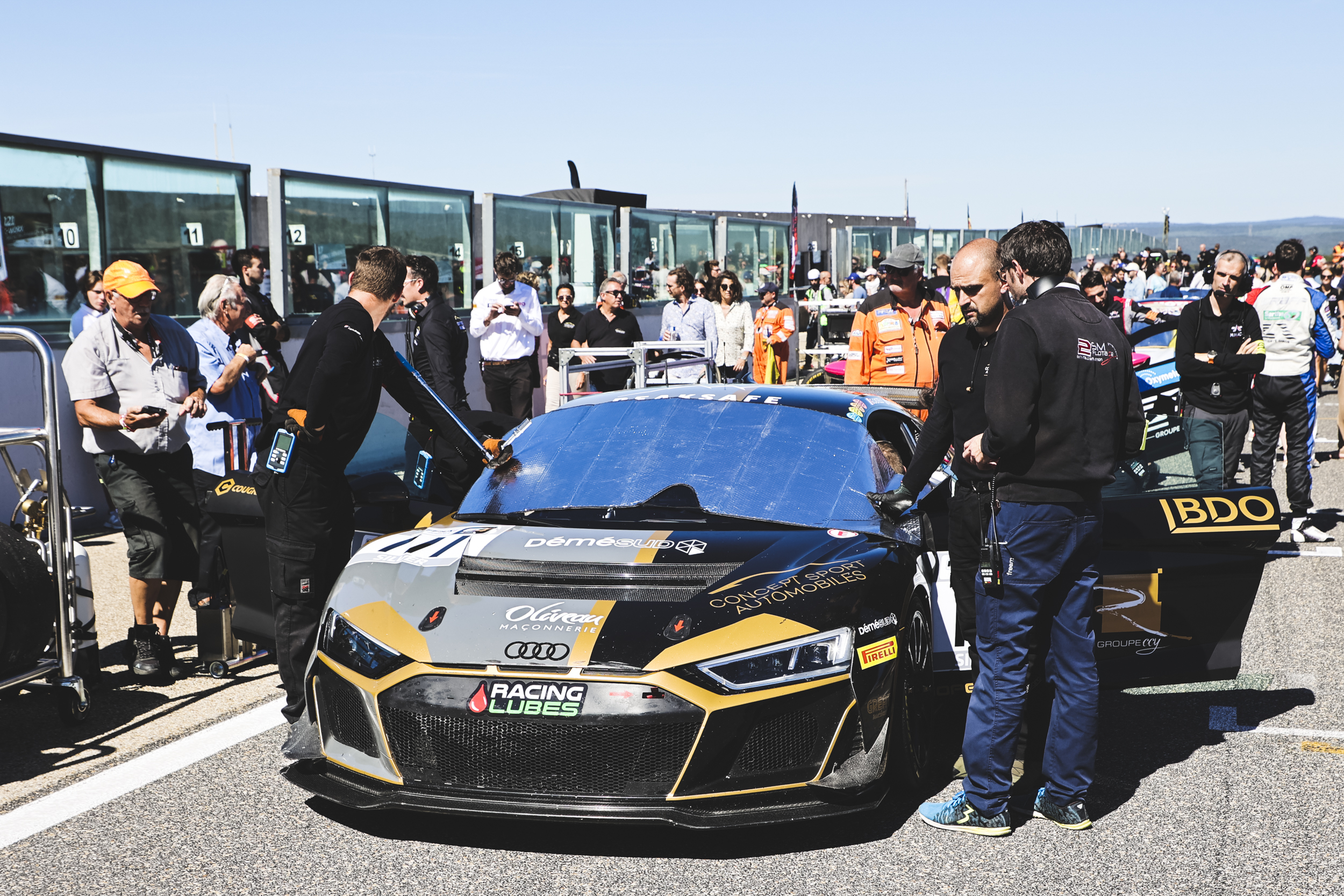 Kevin, tell us about how CSA Racing got started…
“The first idea for the team came a few years ago. I’ve been friends with [driver] Gaël Castelli for many years and watched him go from karting through to racing cars in Peugeots and Porsches. That’s how I followed the motorsports world as I was never a driver myself. I founded Concept Sport Automobiles 10 years ago and we’ve grown to sell around 200 cars a year; cars like Ferraris, Lamborghinis, Aston Martins… and the Audi R8 is one of our best-selling models and one of the first cars I sold. It made sense to bring these two worlds together and take the steps into racing and start a team.”

So why not drive yourself?
“That was an option! I’m a real Formula 1 fan and I’m interested in so many parts of the sport, plus I love learning new things and techniques, but I came to the conclusion that starting to learn to race beyond-30 years old would be a bit difficult. When I do something, I don’t want to play at it, so spending a lot of money for years to learn and get to the top levels didn’t make much sense to me, so forming and running a team to help people run at the top level was the most attractive option. Plus, driving and taking a seat in your own team is the best way to lose a good financial balance and good managing skills. I spoke to Gaël about setting the team up, and it all came together from there and I bought the first car in August 2021, then the second and third followed. So, we’ve gone from zero to three cars very quickly. Then made our racing debut this season in French GT. It’s been a busy year, learning a lot.”

You ran three Audis for your first season in the FFSA French GT Championship this year?
“Yeah. Three brand-new R8 LMS GT4s, two new trucks and trailers, plus a really nice hospitality unit, also we have a 600sqm workshop fully equipped and dedicated to the racing team. There’s been a lot of investment already, and there needed to be because my business has a certain standing with my customers and we needed to keep that standard because it’s the brand. We do a lot around the racing, with simulators and catering for guests, a full fan zone of activities of the circuit! We have around 100 guests per weekend, and we’re planning for 200 at Circuit Paul Ricard for the season finale.” 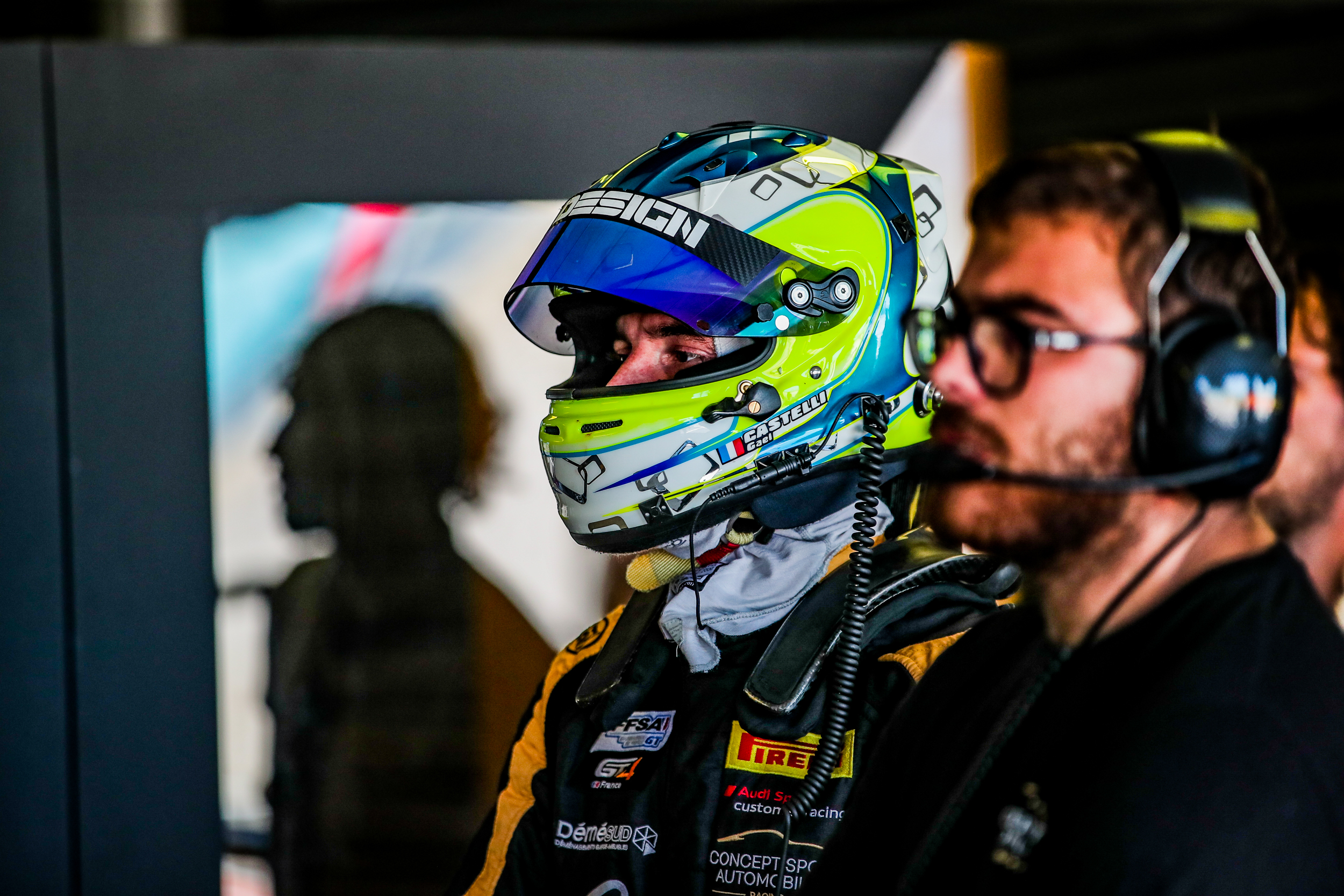 How hard has it been to set a team up from scratch?
“Very! You understand very quickly that it’s not about image, it’s also a question of performance. You can’t look great and race badly. That doesn’t work. I needed to find people who knew the Audi R8 LMS GT4s already. Within the team we have already more than half of the engineers and mechanics who know the Audis very well and have worked with them before, often for more than three years. The core of the crew comes from my closest circle of contacts, with high-level staff from the World Rally Championship, Le Mans, IMSA, both GT3 and GT4, and we’ve got staff who were part of other Audi GT teams too. You must have a great engineering crew to help attract great drivers.”

And how has this season gone in France?
“It’s been really good and we’ve shown some really good performance. We’ve had eight top five finishes so far, four podiums, three top twos… We had two second places in the Pro-Am class in our first meeting at Nogaro, so that was quite a start to the season! We’ve also got three great crews, with Gaël Castelli and Alexandre Cougnaud in our Silver car, Arno Santamato and Rodolphe Wallgren in Pro-Am and Lauris Nauroy and Angelique Detavernier in Am. We tested a lot during the winter and had some quite high expectations. We worked hard on understanding the cars and the new Pirelli tyres, and I think we’ve done that. We’ve only had two DNFs from the 10 rounds so far this year, so we’ve also had very good reliability. We also work with the drivers on the mental side too, so make sure they have the confidence to recover from any mistakes or incidents.”

And for next season, what’s your plan?
“We want to do both championships: three cars in French GT and three in the GT4 European Series. We’ll run all the Audis, and invest in a spare chassis as a reserve because the French and European dates are quite close together. We’re also building up a good stock of spare parts, because we cannot have smashed cars.” 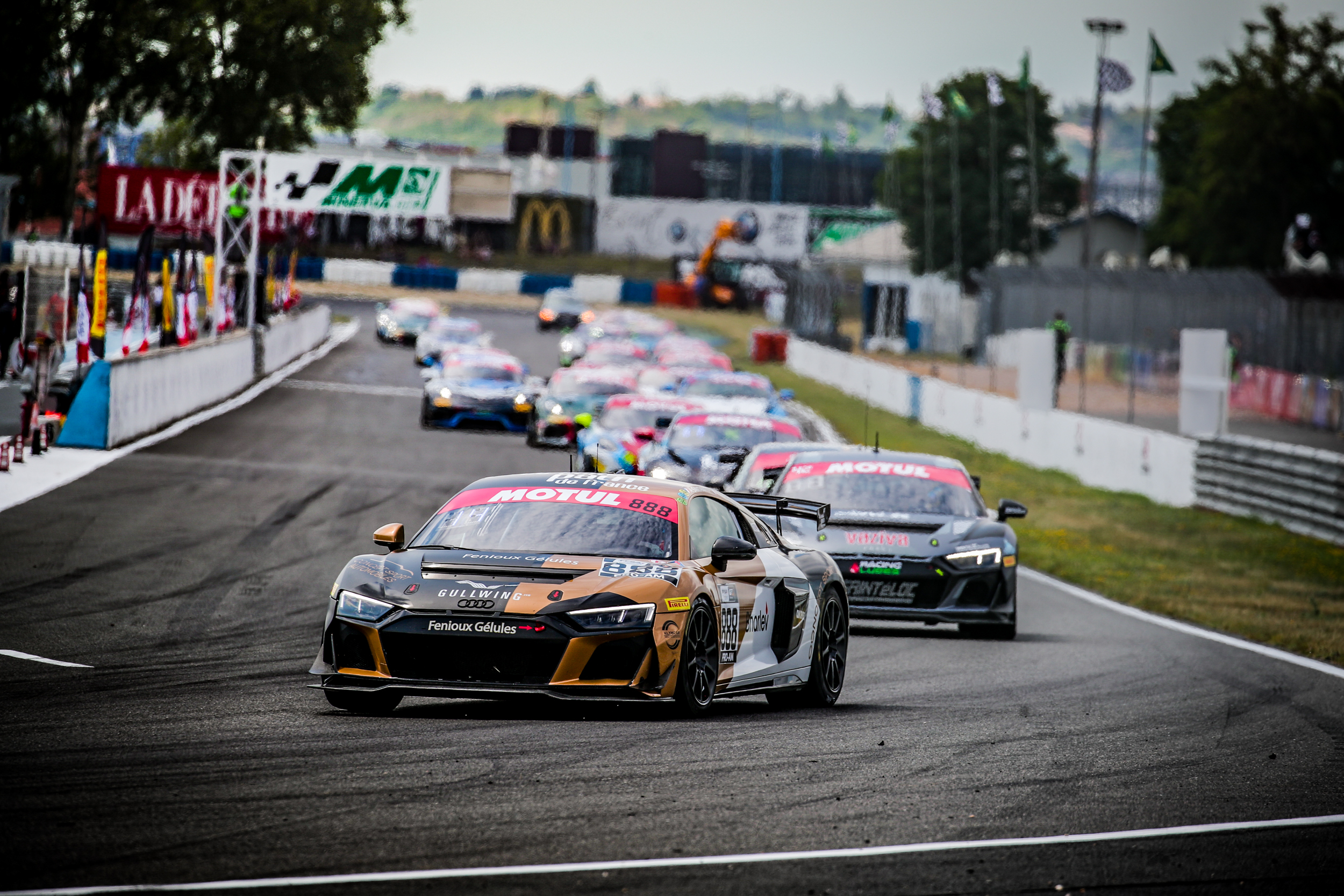 How far along are you with agreeing the drivers?
“We still need two pilots for the French GT Championship and then we’re full for that championship, and we’re talking to drivers about the GT4 European Series now. Gaël Castelli is the first one we can confirm, and he will be racing in both championships. Hopefully we can keep Alexandre Cougnaud with him, but we’re working on the deal. The objective will always be to have a car in each class, as we have this year in French GT, but if we end up with two Silver crews or two Ams, etc, it’s not a problem for us.”

Do you expect racing in the GT4 European Series to be different from the French championship?
“A lot of teams already do both. In terms of the technical stuff and the running of the cars it should be very similar. The main difference comes in logistics and paddock space to host guests in Europe, but I’m sure we’ll make it work. It will be great to be racing here, alongside the GT3s in the Fanatec GT World Challenge Europe powered by AWS. We treat all of our cars the same, whether they’re Silver, Pro-Am or Am, there’s no corners cut in the budget, so every car is equal performance with the same chance to fight for wins.” 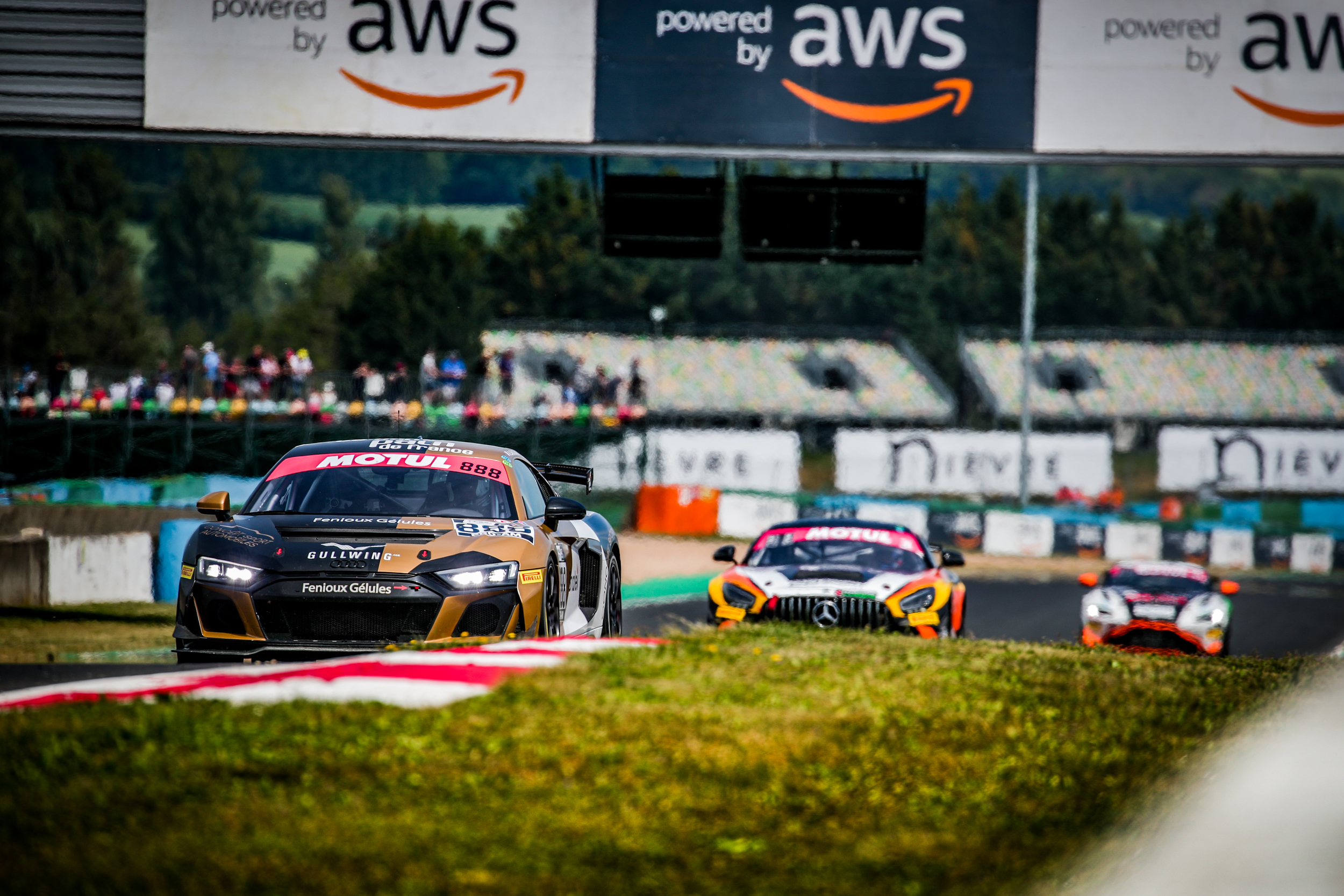 Next year looks exciting in the GT4 European Series, with some new tracks and the Six Hours of Rome at the end of the year…
“It is exciting. We’ve got a lot to learn about the new circuits, but we love a challenge. We will also be in Vallelunga for sure, and I know a lot of drivers want to do the longer race, so it’s definitely part of our plans. But that’s at the end of the season, so a lot of things can happen between now and then. Our main focus has to be on the main championship, where we will be the new team. The Audi seems well suited to a lot of the European tracks, and we’ve seen this season how successful it has been with Saintéloc winning the Silver title in both French GT and the GT4 European Series. We’ve got a lot of work to do, but we’re ready for it.”

Where would you like to see the team in five years?
“We’ve got an eye on GT3. That will be the next step, hopefully well before five years. I doubt we will be going into the Pro class, I think more Silver or Gold Cup for us, which would fit well for us. GT3 is very stable and the prices of seats seem quite established. It’s an exciting time to get involved, so that’s what we’d like to do in the future.” 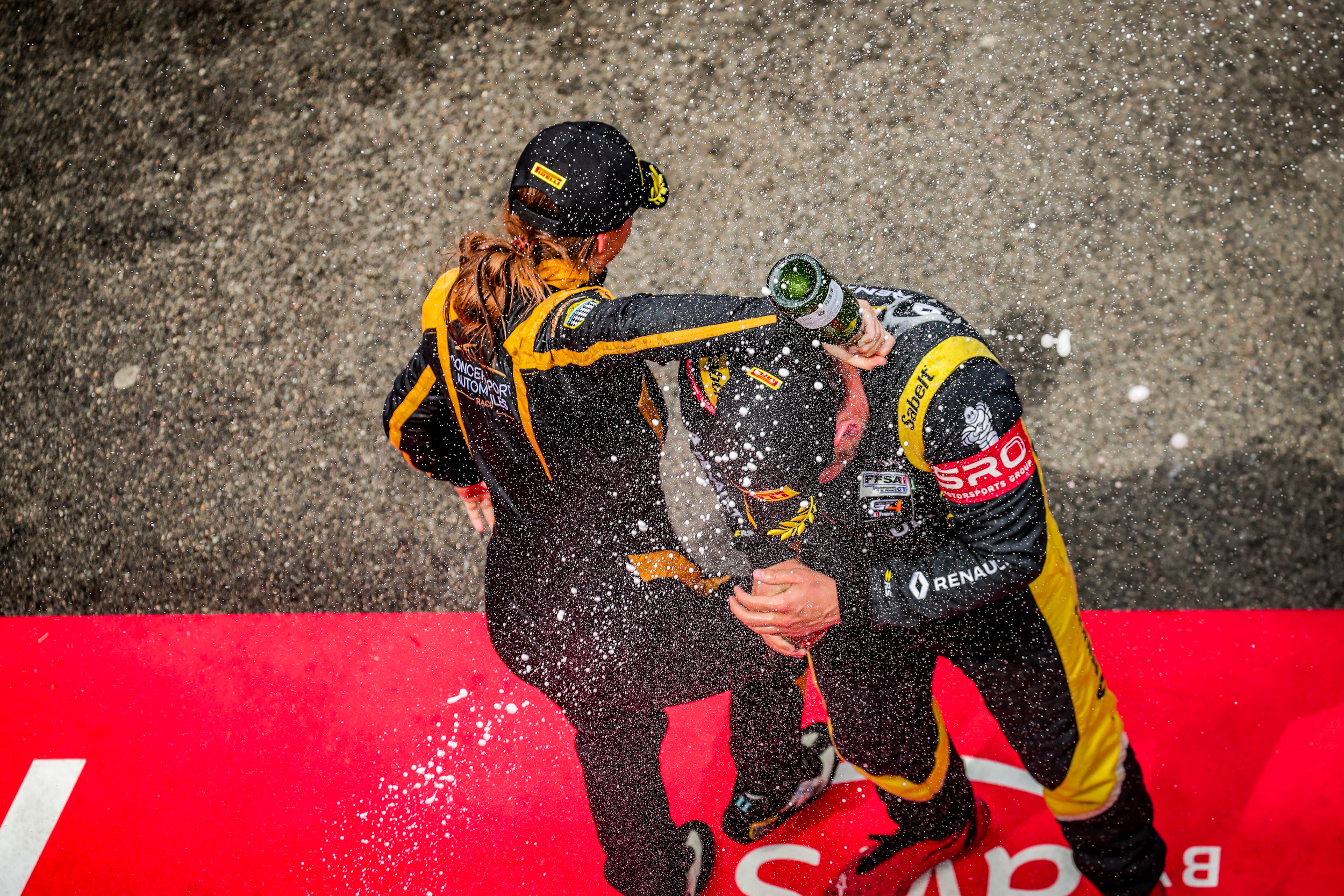