They might have had a quiet opening session at Misano, but PROsport Racing’s Mike David Ortmann and Hugo Sasse put themselves in prime position ahead of qualifying by topping second practice in their Aston Martin AMR Vantage GT4.

Having been only 13th in the day’s opening run, Ortmann and Sasse hit the front at the halfway point of the second session thanks to a flying effort from Ortmann that proved to be the benchmark for others to chase.

Simon Gachet and Eric Debard made it four Mercedes-AMGs in the top five by bringing the #81 Akkodis ASP car up to fifth – and second in Pro-Am – with Gachet having led the early stages of the session. 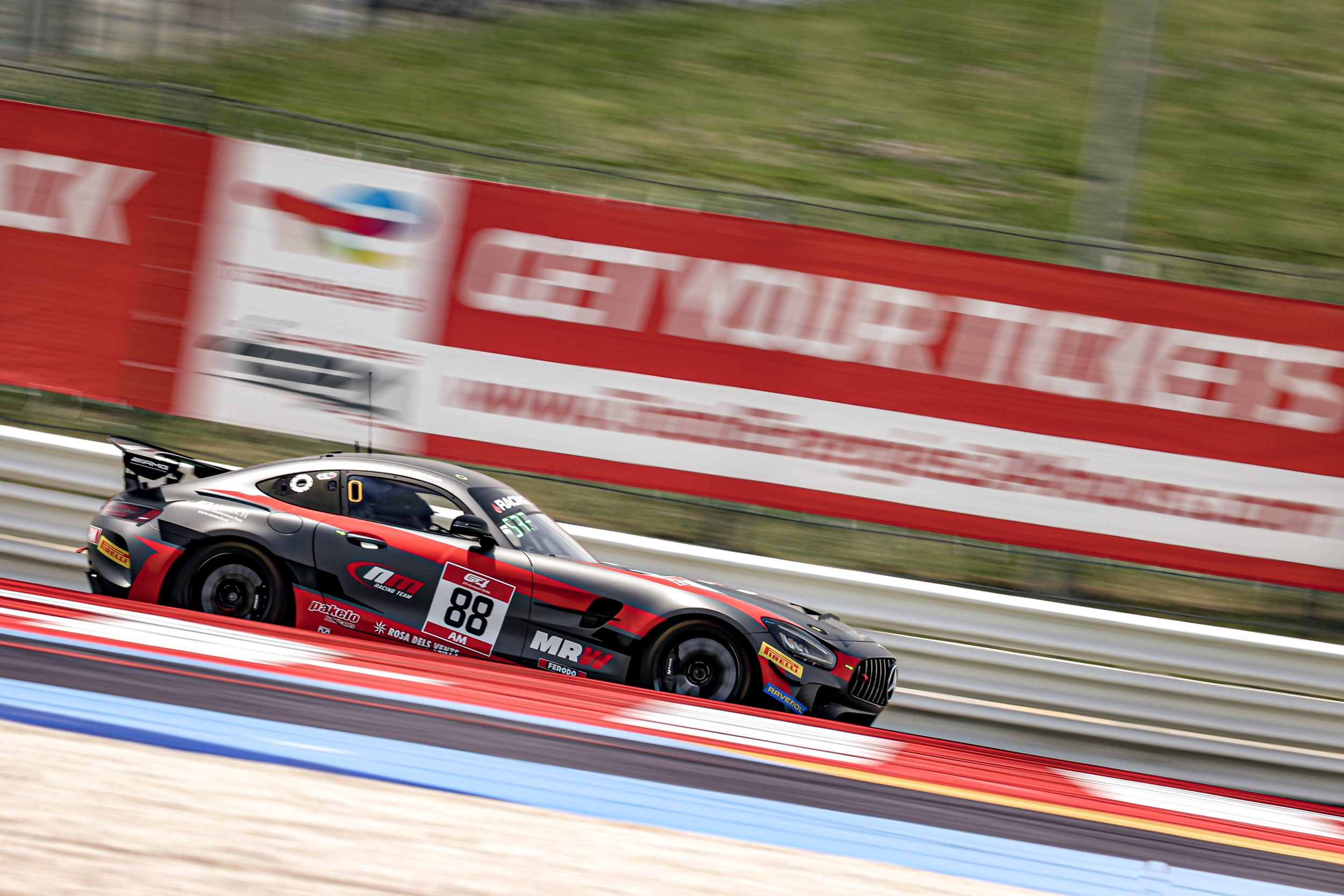 NM Racing Team topped the Am division, with Stanislav Safronov’s best effort putting the #88 Mercedes-AMG he shares with Aleksandr Vaintrub into the overall top 10. Their next-closest class challengers were Benjamin and Mauro Ricci in the #61 Akkodis ASP Mercedes-AMG, with Benjamin’s best falling less than three tenths shy.

Mikhail Loboda/Andrey Solukovtsev were third in class aboard the #37 W&S Motorsport Porsche 718 Cayman, with Michael Blanchemain/Christophe Hamon fourth in the Team Fullmotorsport Audi R8 LMS. The #53 Akkodis ASP Mercedes-AMG of Christophe Bourret/Pascal Gibon rounded out the top five. The points-leading AGS Events Aston Martin of Wilfried Cazalbon and Julien Lambert returned for the session and wound up ninth.