The Akkodis ASP Team completed a clean sweep of practice with another flying display at Circuit Paul Ricard as the team’s two Pro-Am Mercedes-AMG GT4s finished one-two for the second successive session.

In a mirror image to the day’s first outing, Simon Gachet’s best lap aboard the #81 he shares with Eric Debard proved to be the benchmark for much of the session until once again Jim Pla took over from Jean Luc Beaubelique to snatch the fastest time away in the final minutes of the session.

Unlike session one, second practice took place under the scorching sun, with high track temperatures and a 30-degree ambient. Of the early frontrunners, Gregory Guilvert led the opening stages in the #42 Saintéloc Racing Audi, before Tom Canning established himself at the top in the #19 Racing Spirit of Léman Aston Martin. Then came Roee Meyuhas in the #14 Audi to reclaim the lead for Saintéloc Racing.

Pla took over mid-session and briefly led the way before Gachet bested him and stayed on top right until the final moments when Pla managed to pull three tenths on the field.

Lluc Ibañez put in a great effort to claim third overall – and top in Silver Cup – in the #15 NM Racing Team Mercedes-AMG he shares with Enzo Joulié. The pair were a tenth ahead of the CMR Toyota GR Supra of Romain Monti and Antoine Potty. A late flier from Mike David Ortmann moved the #24 Prosport Racing Aston Martin he shares with Hugo Sasse up to fifth fastest, ahead of the Drago Racing Team ZVO of Gabriela Jílková/Robert Haub. 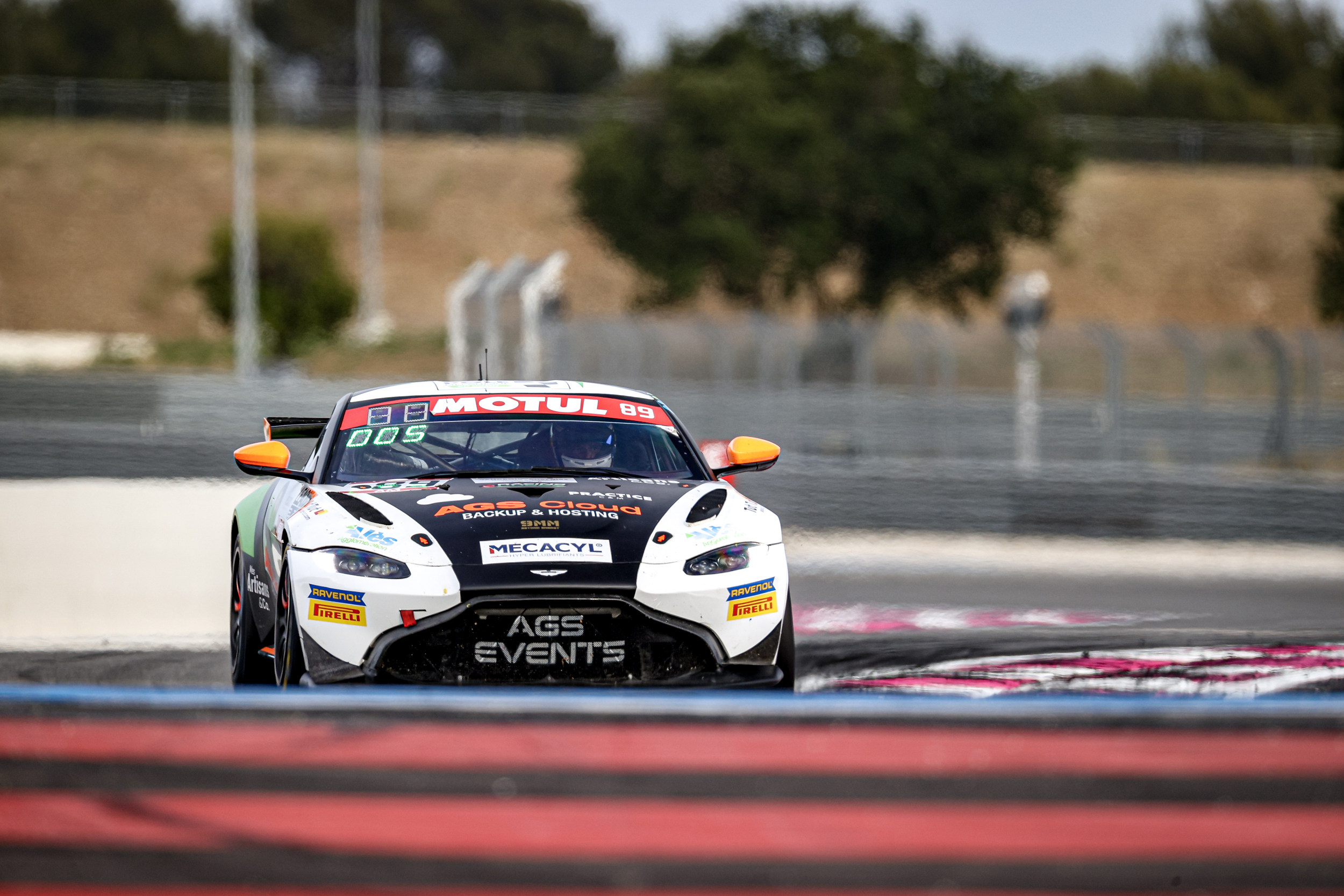 A tremendous effort from Wilfried Cazalbon helped the #89 AGS Events Aston Martin run second in the overall times during the midway stages. Even though the car would inevitably slip down the overall order when the Pro drivers came into play, he and team-mate Julien Lambert still proved unbeatable in the division, winding up fastest in class and 12th overall.

Christophe Hamon and Michael Blanchemain came closest to toppling them, missing out by just 0.019s in the #69 Team Fullmotorsport Audi R8 LMS. Aleksandr Vaintrub/Stanislav Safronov completed the Am top three in the #88 NM Racing Team Mercedes-AMG.