Having more than proven himself at the wheel of frontrunning GT3 cars in recent years, Alex Fontana is a star addition to this year’s GT4 European Series field, sharing a Centri Porsche Ticino 718 Cayman with Ivan Jacoma.

Having won the Silver Cup title in both the Fanatec GT World Challenge Europe powered by AWS Sprint and Endurance Cups last season as part of the Emil Frey Racing Lamborghini team, Fontana returns to the GT4 ranks for the first time since he raced in the China GT Championship back in 2019.

With a win and a podium in the bag from the opening GT4 European Series round at Imola, Fontana and Jacoma are the joint championship leaders in the Pro-Am class and are only looking forward for the remainder of the campaign.

We caught up with Fontana ahead of round two at Circuit Paul Ricard on June 3-5.

Alex, what brings you to the GT4 European Series this year?
“I’d been in contact with Ivan Jacoma for quite a while and we’d always wanted the chance to share a car together. He’s the manager at the Porsche Centre in Ticino, which is the region of Switzerland where we speak Italian, and he’s got a great racing record – whether he’s competing at the Nordschleife or in the GT4 European Series. We actually wanted to share a car last season, but I couldn’t compete in two championships at once while I was racing with Emil Frey in the GT3s. After winning the Silver Cup with the Lamborghini last year I got made a Gold-status driver, which made it quite tough to find other big GT3 opportunities, so everything came together for me to race the GT4 with Ivan.”

And it’s a full Swiss effort this year…
“Yeah, I’m getting quite used to it because last year we had an all-Swiss team with Emil Frey, but it’s different this time around as it’s all very local to Ticino. We don’t have a lot of drivers from Ticino, so we wanted to celebrate that in the car’s livery. What you might have missed is the stripes down our 718 Cayman are red and blue, which is the flag of our canton [region] of Ticino. We also have it on our racing suits and so on, and it’s really nice to not only be racing for Switzerland but also for Ticino.” 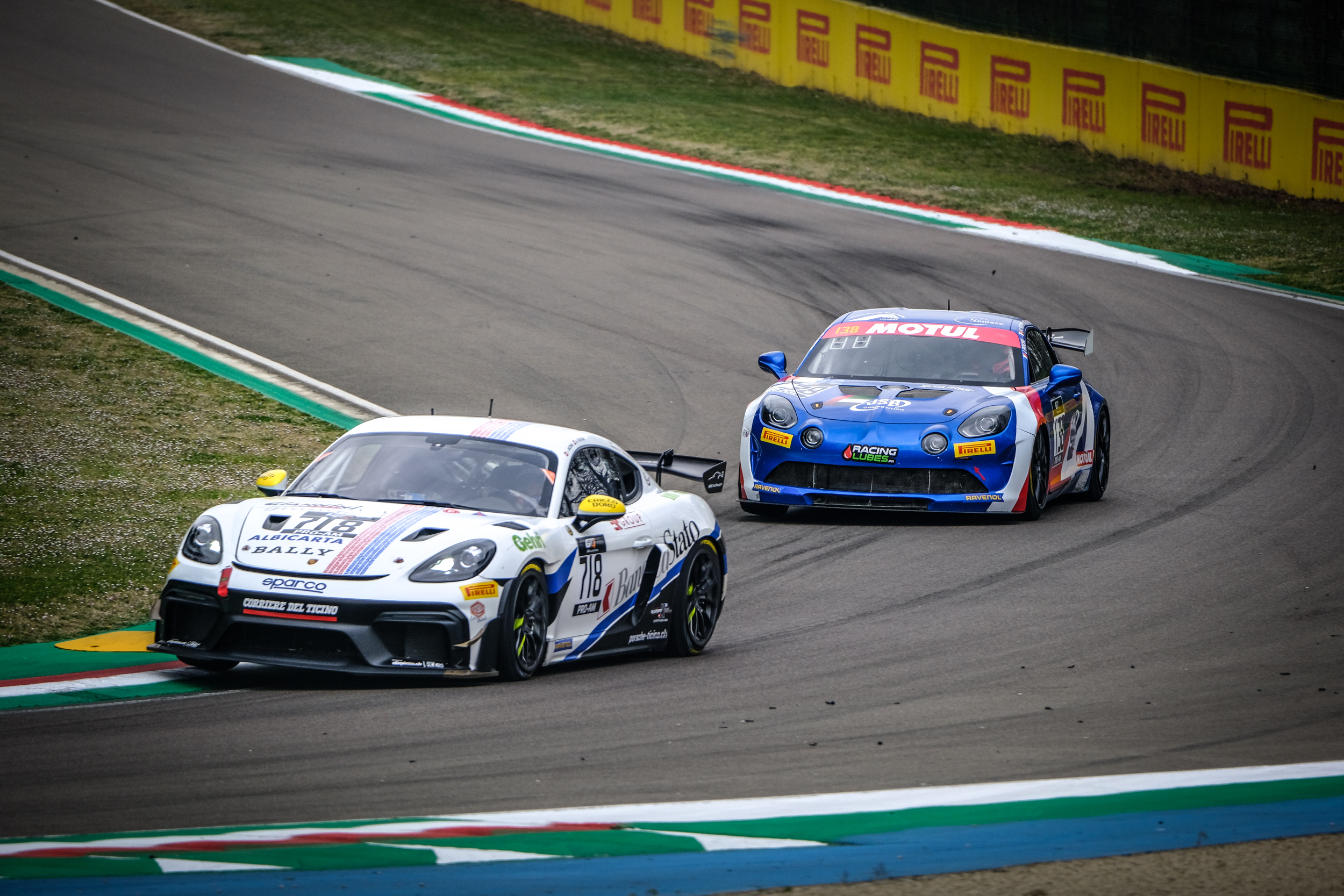 How are you getting on sharing with Ivan?
“Really well. He’s a very cool and nice guy and in GT4 terms he’s probably one of the best amateur drivers around, with a lot of experience and speed. It’s nice to work with him because he learns so much so quickly. He’s never lacked speed, if you watch his onboard videos he’s more on the limit than me! My job is just to bring that back a little bit because he’s very brave, but sometimes unnecessarily, and we’ve brought in some techniques to better find the limits of the car, simple stuff like not sliding the tyres too much and getting corner exits right, which finds you time. It’s important to work closely with your team-mate in Pro-Am because there’s fractions of a second between the Pros but there are seconds between a good Am and a bad one. They are the stars and the difference makers of the Pro-Am class.”

After your GT3 success, what’s it like jumping back into a GT4 car?
“It’s a challenge, and I’m really enjoying it. It might sound easier going back to GT4, but it’s really not. It’s not easy to be fast in this championship and there are big names that struggle here – from drivers who have done big GT races to those from formula cars – because GT4 cars need a certain style. In my case the fact that I drive professionally but I’m not a ‘factory driver’ actually helps me because I’ve been very flexible in my career. I find drives myself and have done everything from F3 to LMP3, GT3, touring cars out in Asia, stock cars in Korea, all sorts… and a lot were one-off races so you develop the skills to adapt. Sure, you won’t be as fast in a touring car as somebody who races them 30 times per year for the last five years, but when you move to something different you will likely be quicker than them. GT4 has less power and less downforce than GT3, so to be fast you need to be on the very limit of the grip because you cannot rely on power alone to get you out of problems. It’s very hard to find that final half-a-second that makes the difference.”

Have you been surprised by how tight the GT4 European Series field is this year?
“It’s such a busy championship, and I actually think this is more difficult than GT3 was last year. In the GT3 Endurance Cup you had at least three hours in the shortest race and the Sprint Cup grids were smaller than the endurance ones, so to now have 50 cars in hour-long races is very tough! Also, you can fit more GT4 cars side-by-side through a corner, so the racing is intense. You have to make moves and try to gain places as soon as you can as the races go by so fast. The old saying goes that you cannot win a race at the first corner, but in GT4 with so many cars and the potential for safety cars and such, you just might!”

You’re joint Pro-Am championship leaders after Imola. Did you expect that?
“Not really. We certainly weren’t the fastest in Imola, mostly because the car was new and we’d only had about half-a-day of testing. I also asked my engineer from when I raced GT4 in China, Bernd Meyer, to join us and he’s been a good addition to the great team of engineers we already have. We’re playing catch up against many teams because a lot of others know their cars better and are also competing in the French or German championships alongside Europe, so the level is very high. In our case we didn’t have amazing pace, but we maximised our potential at Imola and got some great results. I’ve never raced a Porsche before this year so we’re all learning. We feel like the underdogs – single car, smaller tent than others, less mechanics… but we like to fight this way and we already have some good points in our pocket and hopefully we can go on to fight for this championship.” 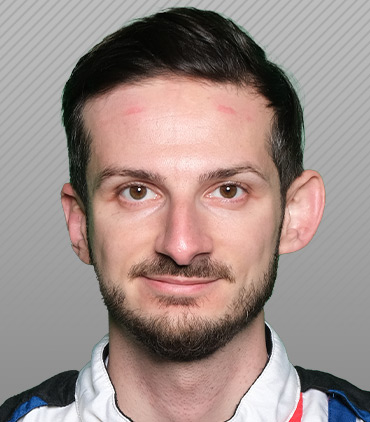