The #30 CMR Alpine and the #87 AKKA ASP Mercedes-AMG will start the final two races of the 2021 GT4 European Series from the front of the grid, having set the fastest times during the two qualifying sessions at the 4.675km Circuit de Barcelona-Catalunya.

A spin into the gravel by Gregory Faessel in the #21 Sainteloc Racing Audi brought out the red flags with 13:53 to go and the session was truncated when Eric Clement in the #77 Team Fullmotorsport Audi went into the wall at Turn 16.

Cabirou had already put in the fastest lap before the first interruption and managed to improve that time to a 1m54.842 before the Team Fullmotorsport Audi’s crash brought an early end to the session.

Fastest in the Pro-Am Cup was Fabien Michal in the #42 Sainteloc Racing Audi, who will line up on the third row of the grid alongside Am Cup pole sitter Christophe Hamon in the #69 Team Fullmotorsport Audi. Lluc Ibanez (#15 NM Racing Team Mercedes-AMG) and Ruben del Sarte (#55 Mirage Racing Aston Martin) will start from seventh and eighth on the grid respectively.

Completing the top three in the Pro-Am Cup were Alexander Hartvig in the #26 Allied Racing Porsche and Luca Bosco in the #34 Selleslagh Racing Team Mercedes-AMG, with Markus Lungstrass (#18 Hella Pagid – racing one Aston Martin) and Nicolas Gomar (#89 AGS Events Aston Martin) taking second and third in the Am Cup. 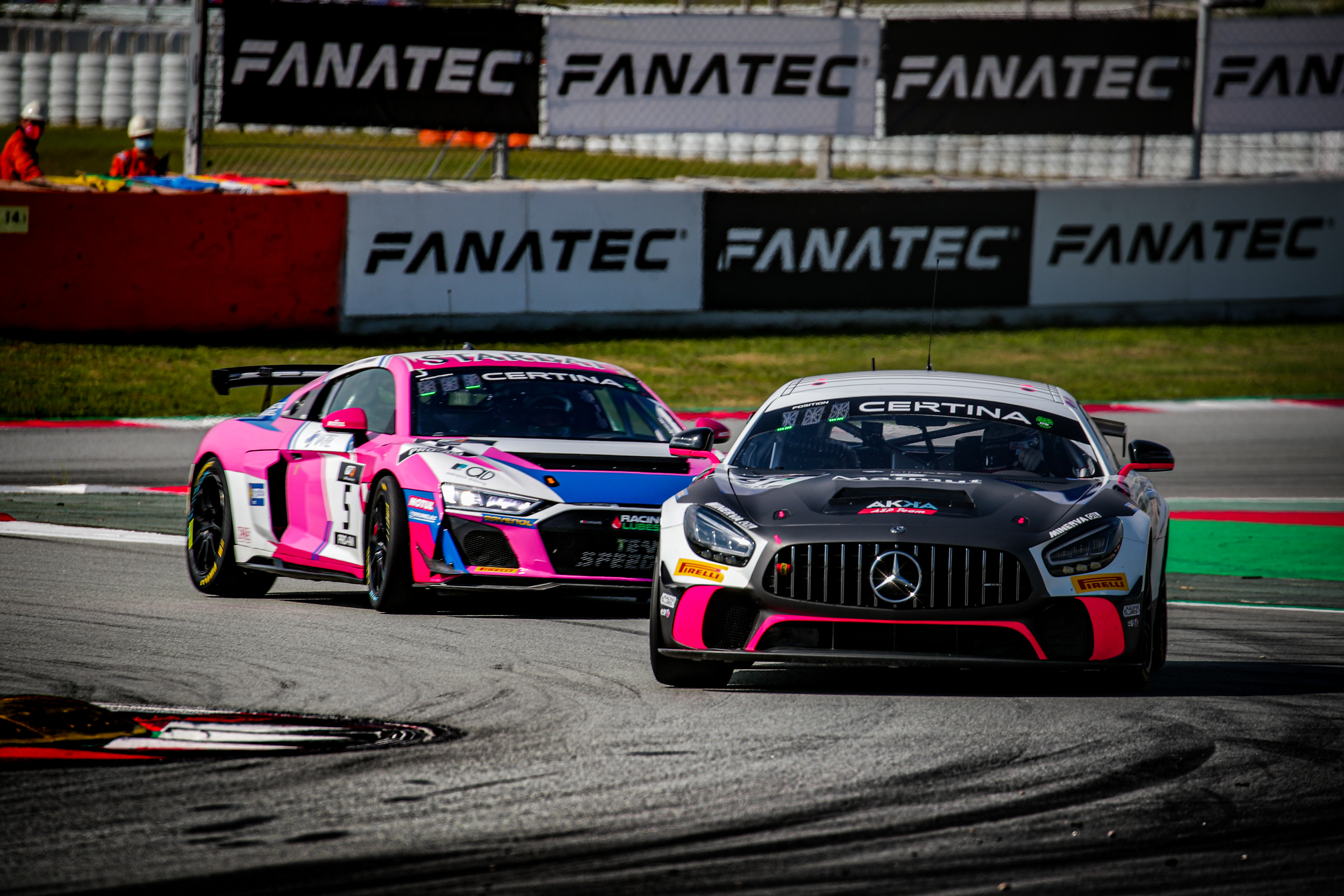 Jim Pla clinched the #87 AKKA ASP Mercedes-AMGs fourth Pro-Am Cup pole position of the 2021 campaign, setting the fastest time in a qualifying session that was also marred by red flags.

The second qualifying was halted after seven minutes as Andrea Benezet in the #3 CMR Toyota suffered a huge crash into Turn 1. Benezet got out of the car under his own power, but the session was suspended for over 20 minutes for barrier repairs.

When the red flags came out, Tom Canning in the #55 Mirage Racing Aston Martin had posted the fastest lap (1m55.161s). Despite heavy traffic lap times did improve and by the time the red flag came out again, it was Jim Pla in the #87 AKKA ASP Mercedes-AMG who had clocked the fastest lap. Gregory Guilvert in the #42 Sainteloc Racing Audi was second fastest, ahead of teammate Roee Meyuhas in the Silver Cup entered #14 Audi.

With 4 minutes and 35 seconds left on the clock the session was restarted, with the provisional top three opting to remain in the pits as others rushed out to try and improve their times. However, Bastian Buus in the #22 Allied Racing Porsche was the only one to make it work. The young Dane improved enough to start from the second row on the grid, next to Silver Cup pole sitter Roee Meyuhas.

Fastest in the Am Cup was Antoni Chodzen in the repaired #33 SVC Sport Management Toyota, ahead of Paul Theysgens (#7 Street Art Racing Aston Martin) and Olivier Esteves (#25 Sainteloc Racing Audi).