United Autosports drivers Bailey Voisin and Dean Macdonald will start this weekend’s GT4 European Series races at the Nürburgring from first on the grid.

After capturing his first pole position in Qualifying at Spa-Francorchamps, Voisin took his second pole position of the season at the Nürburgring. On his second timed lap the United Autosports driver put in a fastest time of 2m04.017s.

That initially led to a United Autosports 1-2, but ultimately Gus Bowers slipped to fourth place, as Thijmen Nabuurs in the #17 V8 Racing Chevrolet and Jan Marschalkowski in the #13 Team Zakspeed Mercedes-AMG improved their times and qualified in second and third respectively.

Markus Lungstrass in the #18 Hella Pagid - racing one Aston Martin was 11th fastest overall and quickest in the Am Cup. The German posted a 2m04.939s, just 0.051s quicker than Christophe Hamon in the Am Cup-entered #69 Team Fullmotorsport Audi. Third in class went to Moritz Wiskirchen in the #20 Allied Racing Porsche.

Wiskirchen’s teammate Alexander Hartvig qualified the #26 Allied Racing Porsche on pole position in the Pro-Am Cup. The Danish driver resisted a best lap of 2m05.051s, which puts him in 15th place overall. Moritz Kranz qualified the #35 Selleslagh Racing Team Mercedes-AMG second in class, ahead of teammate Luca Bosco in the #34 Mercedes-AMG. 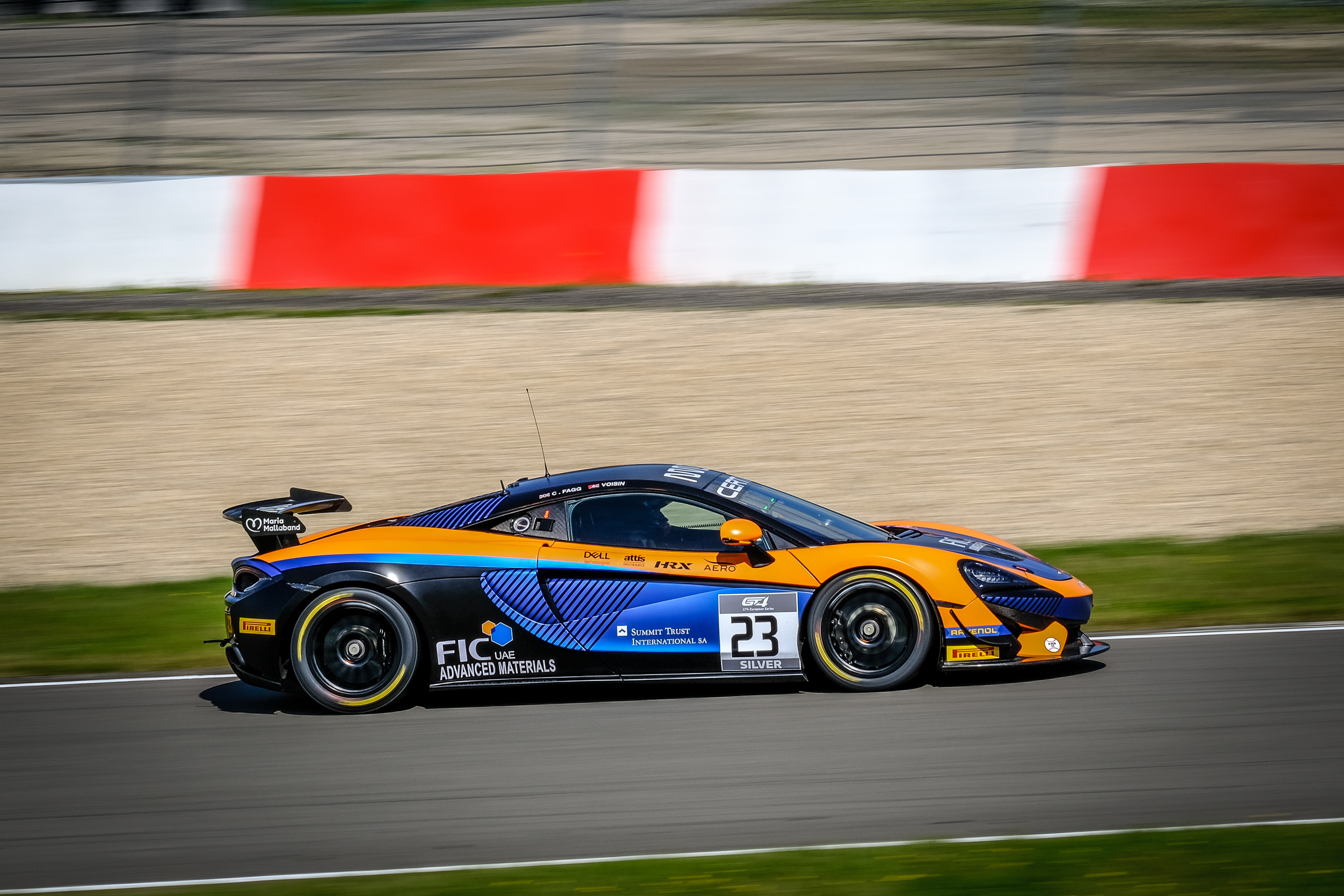 In Qualifying 2 the times tumbled on the monitor non-stop until Dean Macdonald in the #32 United Autosports McLaren went below the 2m04s-mark. His best lap time of 2m03.507s ultimately proved too much for the rest of the field, with Jim Pla qualifying the #87 AKKA ASP Mercedes-AMG in second place on the grid, 0.521s behind Macdonald.

Pla’s best time not only resulted in a front row start, but also pole position in the Pro-Am Cup. Charlie Fagg qualified the #23 United Autosports McLaren in third place and he will line up alongside Theo Nouet in the #13 Team Zakspeed Mercedes-AMG.

Pole position in the Am Cup went to Andrea Benezet in the #3 CMR Toyota. Benezet’s first lap was fast enough to beat his fellow competitors. Paul Theysgens qualified the #7 Street Art Racing in second place, with Benjamin Ricci taking third in the #61 AKKA ASP Mercedes-AMG.