An incident-packed first GT4 European Series race at Zandvoort ended with victories for AGS Events (Aston Martin), Saintéloc Racing (Audi) and Team Fullmotorsport (Audi). The race was temporarily suspended following an incident involving the #32 United Autosports McLaren of Gus Bowers and Dean Macdonald and finished under safety car conditions. The #27 AGS Events Aston Martin of Konstantin Lachenauer and César Gazeau was the first car to cross the line, followed by the #42 Audi of Fabien Michal and Grégory Guilvert. Michael Blanchemain and Christophe Hamon in the #69 Audi took Am Cup honours in the first race.

AGS Events drivers Konstantin Lachenauer and César Gaza claimed their first win of the GT4 European Series season at Zandvoort. The French pairing started from third on the grid, but Gazeau quickly passed the V8 Racing Chevrolet of Thijmen Nabuurs. When the race was suspended the #27 AGS Events Aston Martin was still in second place, behind the class-leading Allied Racing Porsche of Joel Sturm and Nicolaj Møller-Madsen. On the first lap after the restart Lachenauer managed to pass Møller-Madsen and take the lead in the Silver Cup and overall.

When the safety car was deployed minutes from the end the #27 Aston Martin was still leading and Lachenauer was the first to cross the line. At 0.436s the #22 Porsche was second in class, finishing third on the road, with V8 Racing’s Thijmen Nabuurs and Jop Rappange taking third place on home soil. Silver Cup title contenders Stephane Lémeret and Antoine Potty (CMR Toyota) finished fifth in class, behind the #88 AKKA ASP Mercedes-AMG of Timothé Buret and Paul Evrard, while rivals Charlie Fagg and Bailey Voisin in the #23 United Autosports McLaren finished ninth. After the race, the #88 Mercedes-AMG was given a 30-second penalty for contact with another car. 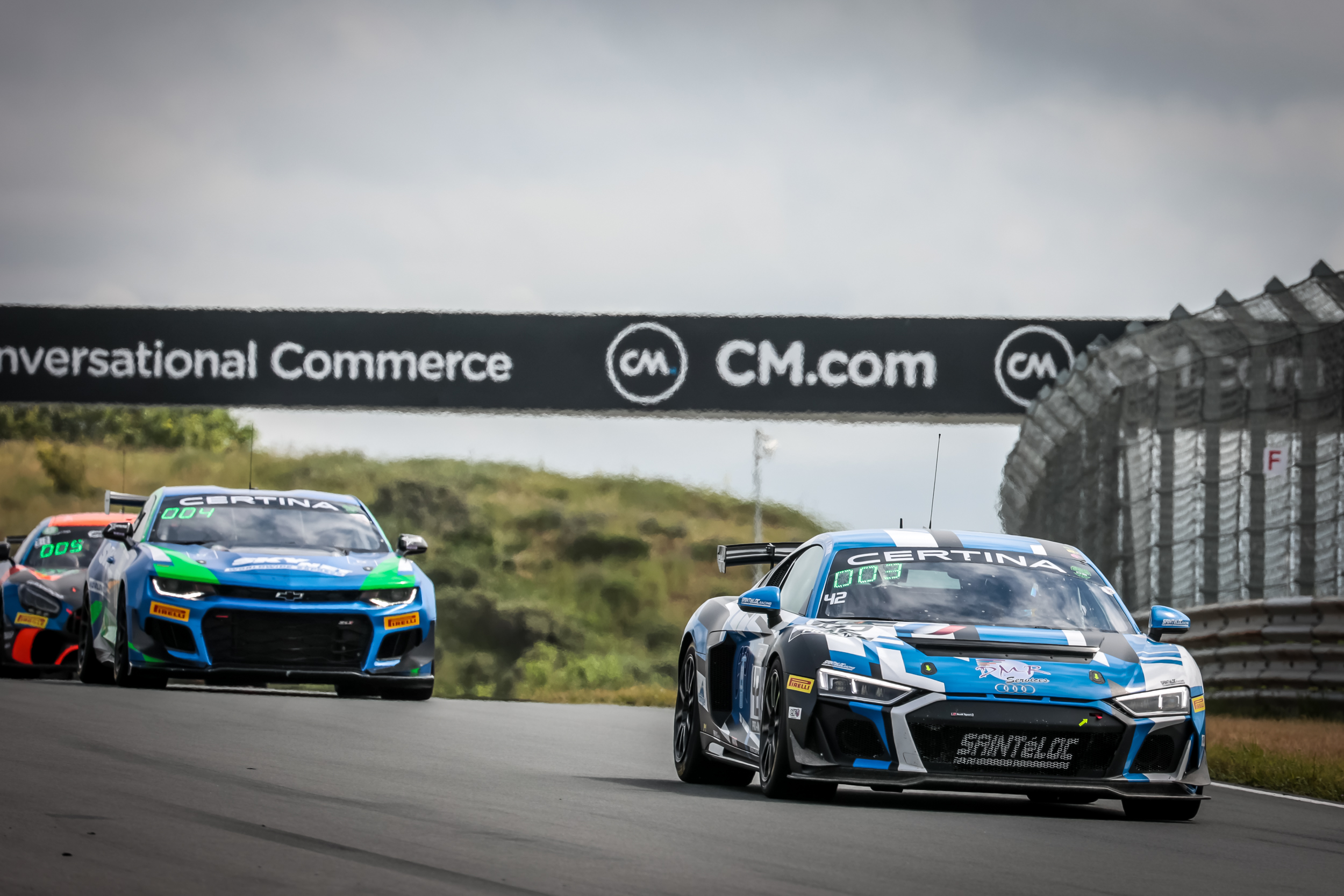 Centri Porsche Ticino looked set to take second in Pro-Am, but in the final stages of the race the #718 Porsche of Max Busnelli and Ivan Jacoma and the #88 AKKA ASP Mercedes-AMG of Timothé Buret and Paul Evrard came together. As a result Luca Bosco and Olivier Hart in the #34 Selleslagh Racing Team Mercedes-AMG took second place in Pro-Am, while Busnelli crossed the line in third place. Jim Pla and Jean-Luc Beaubelique finished fourth in class after another impressive run by Pla, who started his stint outside the top six but quickly passed the cars in front of him. He eventually missed out on the Pro-Am podium by just a tenth of a second. 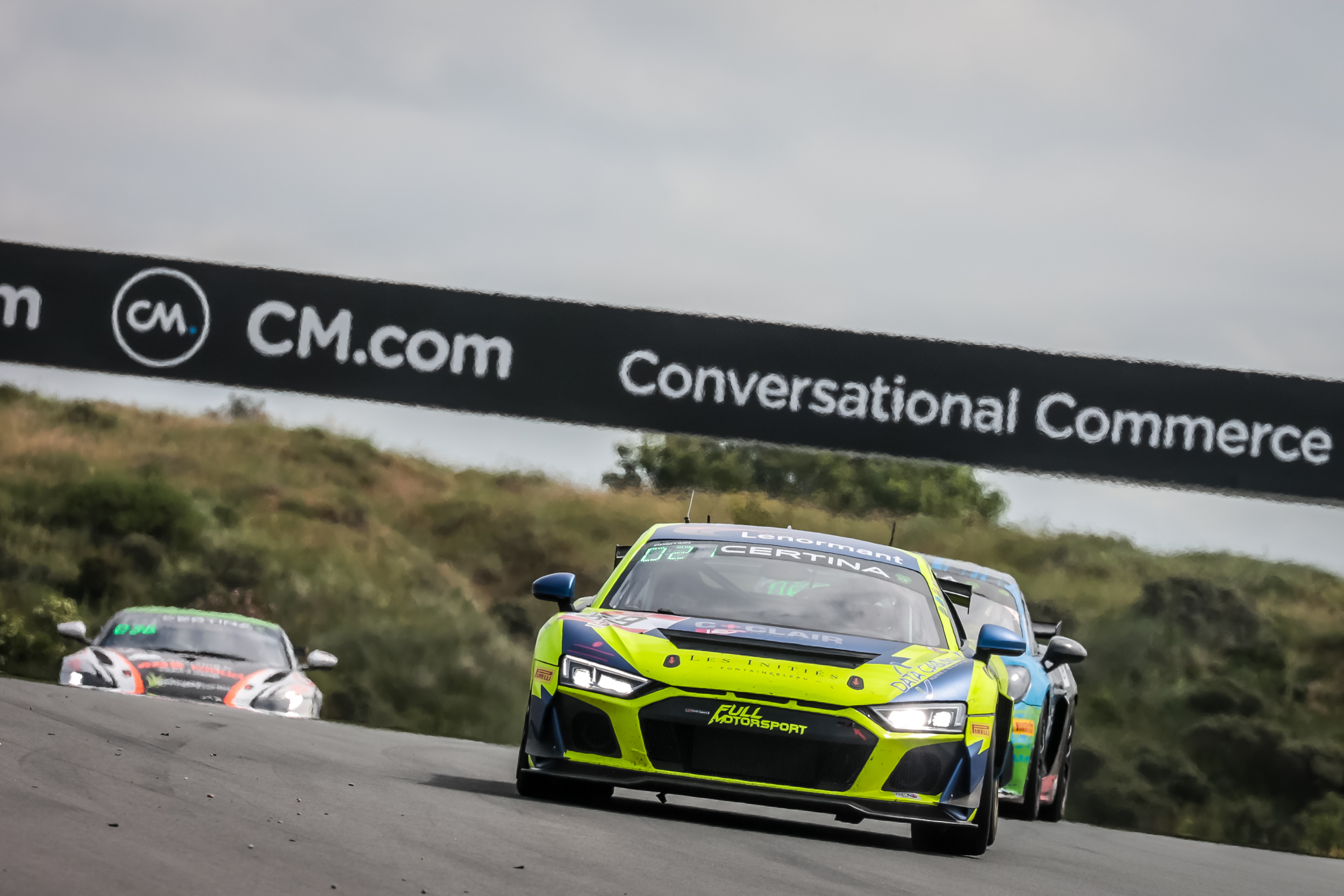 The #69 Team Fullmotorsport Audi of Michael Blanchemain and Christophe Hamon started from second on the grid, but eventually came out on top after some of their rivals hit trouble. With their second win of the 2021 season, Blanchemain and Hamon extend their championship lead.

Poleman Nicolas Gomar in the #89 AGS Event Aston Martin came into the pits early on, which allowed Markus Lungstrass to take the Am Cup lead. The #18 Hella Pagid - racing one Aston Martin was still in front when the race was suspended, but at the restart it was the #69 Audi that took the class lead. The #3 CMR Toyota of Andrea Benezet and Wilfried Cazalbon moved into second place, ahead of the #61 AKKA ASP Mercedes-AMG of Benjamin and Mauro Ricci.

In the final stages it was the #7 Street Art Racing Aston Martin of Pascal Bachmann and Paul Theysgens that managed to catch and overtake the #61 Mercedes-AMG to take third. Behind them the #50 W&D Racing Team BMW of Meloni and Tresoldi took fifth place, with Gomar and Herr finishing sixth in class. The #18 Aston Martin spun into the barriers, causing the final safety car period of the race.

The second and final race of the GT4 European Series at Zandvoort will get underway at 17:05 and can be followed live on the GT World YouTube channel, the website and on Facebook.

Find all the results here.