Allied Racing pair Joel Sturm and Nicolaj Møller-Madsen will lead the field away from pole position in tomorrow morning’s first GT4 European Series race at Zandvoort, while AKKA ASP duo Jim Pla and Jean Luc Beaubelique will do so in the afternoon's second contest.

Joel Sturm put the Silver Cup team on top in Qualifying 1 with a 1m43.558s, claiming his second pole position of the 2021 season. The #22 Porsche moved to the top of the timing screens with just five minutes left on the clock.

A red flag brought an early end to the session after the #70 Trivellato Racing by Villorba Corse Mercedes-AMG went off into the gravel at turn 13. As a result, none of Sturm’s rivals were able to put in a last-gasp attempt for pole.

Second went to the #42 Saintéloc Racing Audi of Fabien Michal. The French driver was 0.234s shy of Sturm, but his time of 1m43.792s was enough to earn him and Grégory Guilvert the Pro-Am pole for the opening race tomorrow.

The second row of the grid is shared by two Silver Cup rivals, the #17 V8 Racing Chevrolet of Thijmen Nabuurs and Jop Rappange and the #27 AGS Events Aston Martin of Cesar Gazeau and Konstantin Lachenauer. Nabuurs pushed hard to get the class pole but ran straight at turn 11 and then saw Sturm improve the fastest lap.

Having set the pace in the opening practice, Centri Porsche Ticino finds its #718 Porsche of Ivan Jacoma and Max Busnelli in fifth place on the grid, second in Pro-Am. They are joined on the third row by the #55 Mirage Racing Aston Martin of Ruben del Sarte and Tom Canning. Silver Cup points leaders Antoine Potty and Stephane Lémeret qualified the #8 CMR Toyota in seventh place, ahead of its class rival, the #88 AKKA ASP Mercedes-AMG of Paul Evrard and Timothé Buret.

Pole position in the Am Cup went to Nicolas Gomar in the #89 AGS Aston Martin. Gomar, sharing his car with Eric Herr, was almost two tenths quicker than the #69 Team Fullmotorsport Audi. The #18 Hella Pagid - racing one Aston Martin was third in class.

Jim Pla, in the #87 Mercedes-AMG that he shares with Jean-Luc Beaubelique, delivered AKKA ASP its first pole position of the season in Qualifying 2. The 1m42.955s set by the French driver was in the fastest lap of the weekend so far. Pla beat fellow countryman Grégory Guilvert by just 0.088s.

With the #42 Saintéloc Racing Audi of Guilvert and Fabien Michal in second, the front row is an entirely Pro-Am affair, although the cars on the second row were not far off. Charlie Fagg qualified the #23 United Autosports McLaren on pole in the Silver Cup, just 0.104s shy of first place. Fagg and Voisin will start the race from third place, ahead of the #88 AKKA ASP Mercedes-AMG of Buret and Evrard. Lémeret was fifth fastest overall in the #8 CMR Toyota.

Exactly half a second from pole it was Busnelli, who qualified the #718 Centri Porsche Ticino car in sixth place overall and third in Pro-Am, one tenth clear of the #15 NM Racing Team Mercedes-AMG. Lluc Ibanez, however, caused a late Full Course Yellow when he stopped his car at turn 9. Hugo Chevalier in the #2 CD Sport Mercedes-AMG, Olivier Hart in the #34 Selleslagh Racing Team Mercedes-AMG and Konstantin Lachenauer in the #27 AGS Events Aston Martin completed the overall top ten.

AKKA ASP will also start from pole in the Am Cup, courtesy of the fastest lap in the category set by Benjamin Ricci. Benjamin and Mauro Ricci will start the race from 19th overall. The #7 Street Art Racing Aston Martin of Paul Theysgens and Pascal Bachmann qualified second in the Am Cup, ahead of the #3 CMR Toyota of Andrea Benezet and Wilfried Cazalbon. 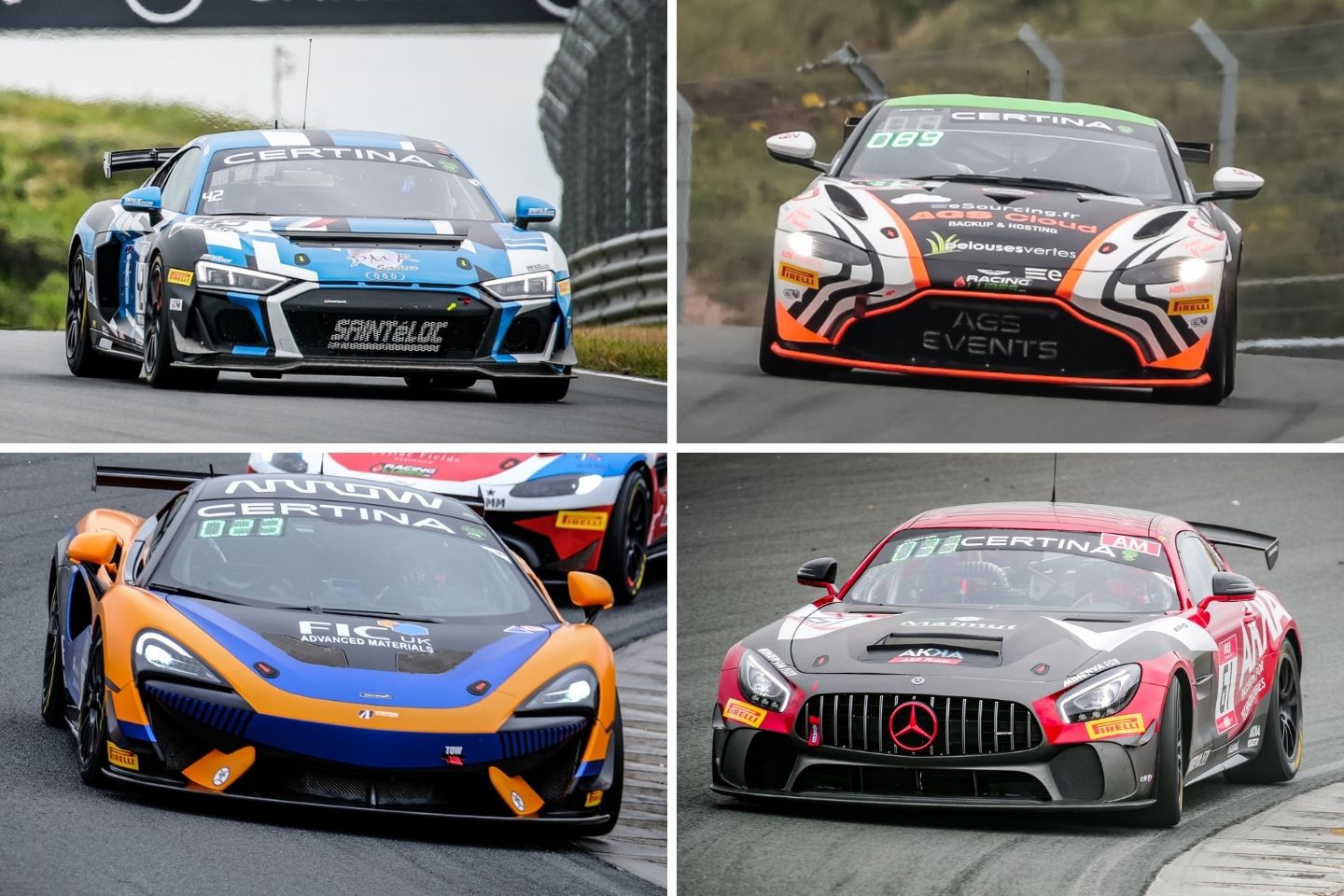