United Autosports drivers Bailey Voisin and Charlie Fagg swept the Monza weekend by also winning this afternoon's final GT4 European Series race. The #23 McLaren 570S GT4 started from pole position, came in early during the pit window, retook the lead as the window closed and rounded it off with its second victory.

The safety car was deployed on the opening lap after several cars went off at the first chicane. The accident was triggered when the #55 Mirage Racing Aston Martin was pushed wide and then spun back into the pack.

On the restart, Charlie Fagg kept the #23 McLaren in the lead, with Jim Pla (#87 AKKA ASP Mercedes-AMG) and Stéphane Lémeret (#8 CMR Toyota) behind in second and third overall.

Lémeret soon found Dean Macdonald in his mirrors and after a short battle the British driver passed the Toyota to take third on the road. Macdonald, however, was deemed to have made a false start and was given a ten-second penalty, to be served as part of the pit stop.

Contact between the #20 Allied Racing Porsche and the #126 NM Racing Team Mercedes-AMG resulted in a Full Course Yellow and a delay of the pit window. After the subsequent safety car intervention the field was released again and the pit window opened immediately.

The United Autosports drivers decided to pull into the pits at the last moment, delaying Pla in the process. As a result, César Gazeau (#27 AGS Aston Martin) managed to take the lead, with Nicolaj Møller-Madsen (#22 Allied Racing Porsche) moving into second place ahead of Pla. The Dane then overtook Gazeau to take first, but soon he received a drive through penalty for causing a collision.

After the pit window had closed, the #23 McLaren was back in the lead, with Bailey Voisin leading Antoine Potty in the #8 Toyota. The whole field was bunched up after another short safety car period. At the restart, Voisin once again kept Potty and the #42 Saintéloc Racing Audi of Fabian Michal behind.

In the remaining laps Potty tried hard to find a way past Voisin, but the Belgian driver couldn’t pass the McLaren and after 25 laps it was Voisin who scored United Autosports’ second win of the weekend. Potty clinched CMR's second podium finish, ending the race 0.447s behind the McLaren. The #15 NM Racing Team Mercedes-AMG, after an early retirement yesterday, finished third in the Silver Cup and sixth overall.

In the final couple of laps Cem Bolukbasi in the #12 BMW was engaged in a duel with Eric Clément, but ultimately it was the Turkish driver who came out on top, finishing 0.442s ahead of the #77 Team Fullmotorsport Audi. Bolukbasi and Clément ended the race in fourth and fifth overall.

Seventh place, behind the #15 NM Racing Team Mercedes-AMG, went to the #27 AGS Events Aston Martin, with the #32 United Autosports McLaren, the #30 CMR Alpine and the #74 CD Sport Mercedes-AMG rounding out the overall top 10.

The #76 Autorlando Sport Porsche won the race in the Am Cup. Giuseppe Ghezzi and Alessandro Giovanelli were 11th overall. Second place went to the #18 Hella Pagid - racing one Aston Martin, with the #50 W&D Racing Team BMW completing the podium. 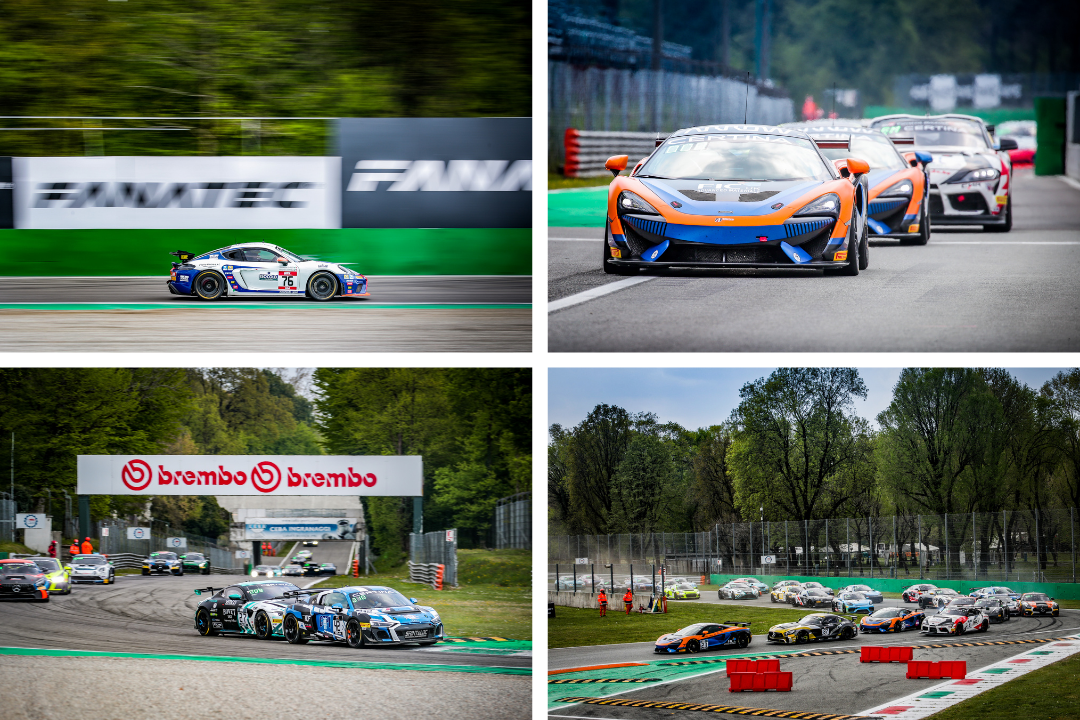 Charlie Fagg #23 United Autosports McLaren: “Bailey was absolutely mega today. He did an unbelievable job. Again, a massive thanks to McLaren and everybody at United Autosports that made the car ready, because it was awesome today. But Bailey was the man today!”

Bailey Voisin #23 United Autosports McLaren: “Every lap the Toyota was just behind me. In certain areas we were stronger and in certain areas he was stronger. I was just trying to judge that, make the most of the exits. Just a fantastic weekend from everyone at United. Couldn’t have asked for much of a better weekend for my first ever GT4 race.”

The GT4 European Series will continue at Circuit Paul Ricard in France on May 28-30.