Joel Sturm will start this afternoon’s GT4 European Series opener at Monza from pole in the #22 Allied Racing Porsche. United Autosports’ Dean Macdonald qualified the #32 McLaren on pole for tomorrow’s second contest with the fastest time of the day.

Sturm, who is sharing the Silver Cup-entered Porsche with former GT4 European Series champion Nicolaj Møller-Madsen clinched his maiden pole in the first qualifying session of the season. The German was half a second faster than his nearest rival, Antoin Potty in the #8 CMR Toyota.

The German driver was the only driver to dip into the 1m56 in the first qualifying session, lapping the 5.8 km track in 1m56.717s. Potty was just 0.005s faster than the #718 Centri Porsche Ticino car of Ivan Jacoma, who qualified his Porsche on the Pro Am Cup pole position for race 1.

Bailey Voisin (#23 United Autosports McLaren) was third in Silver, ahead of Loris Cabirou in the #30 CMR Alpine. Behind them it was Markus Lungstrass who put the #18 Hella Pagid - racing one Aston Martin sixth overall and first in Am. Lungstrass was a millisecond faster than Jamie Caroline (#70 Trivellato Racing by Villorba Corse Mercedes-AMG). 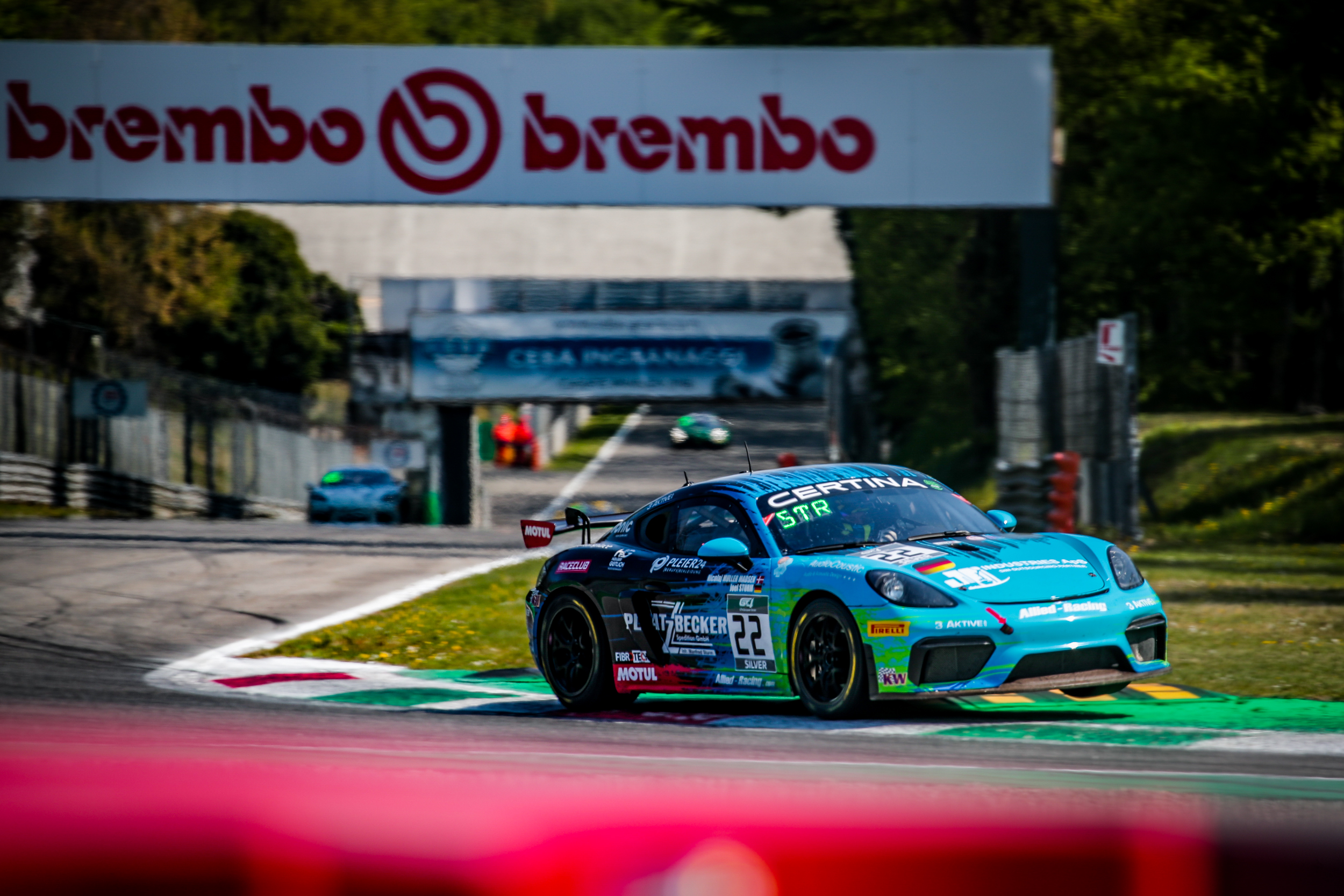 The second session saw the United Autosports McLaren drivers at the top of the field, but in the end it was Dean Macdonald in the #32 McLaren who bagged the pole for the second race of the Monza weekend.

Macdonald initially let teammate Charlie Fagg by to allow him to set a fast time, but eventually went quicker himself to take pole. Splitting the two McLaren drivers was Ebimotors’ Riccardo Pera in the #10 Porsche, who clinched pole in Pro-Am.

Completing the overall top 10 was the #42 Sainteloc Racing Audi of Gregory Guilvert, while Riccardo Canzian in the #75 Autorlando Sport Porsche clinched the Am Cup pole in 28th overall.

The first race of the season is scheduled to get underway at 17:25 today and race 2 will take place tomorrow at 13:10. All of the action will be streamed live on the GT4 European Series website and Facebook page, as well as the GT World YouTube channel.