Lluc Ibanez was the fastest driver in the first qualifying session, putting the #15 NM Racing Team Mercedes-AMG on pole position for the opening race. After struggling in Free Practice last year’s winner Ibanez clinched the pole with a fastest time of 2m13.905s.

At the end of Q1 Ibanez was just 0.002s faster than the #8 CMR Toyota of Stephane Lémeret, completing a Silver Cup front row. The #89 AGS Events Aston Martin took third on the grid, with Nicolas Gomar securing the top spot in the Am category. Gomar was briefly shown in overall pole, but his time was deleted for track limits.

The second-fastest lap from Gomar – set one minute before the end of the session – was fast enough to take third. The Frenchman was just 0.040s shy of the #15 NM Racing Team Mercedes-AMG, but 0.186s faster than the #30 CMR Alpine of Vincent Beltoise.

The #88 AKKA ASP Mercedes-AMG and the #42 Saintéloc Racing Audi will start from the third row, with Fabien Michal in the #42 Audi securing the Pro-Am Cup pole for the opening race. The #18 Hella Pagid - racing one Aston Martin and the #69 Team Fullmotorsport Audi were next, resulting in three Am Cup cars in the overall top seven.

Completing the overall top 10 in Q1 were the #17 V8 Racing Chevrolet and the #22 Allied Racing Porsche.

In Q2 it was Saintéloc Racing’s Gregory Guilvert who put the #42 Audi on top spot. Guilvert edged out Monza winner Charlie Fagg in the #23 United Autosports McLaren by just 0.036s to take pole position for the second race.

Guilvert’s first timed lap was not enough to keep Fagg behind, but on his second attempt the Audi driver put in a 2m13.276s. Fagg managed to improve his fastest time, but the championship leader was unable to beat the #42 Audi.

Jim Pla qualified the #87 AKKA ASP Mercedes-AMG on the second row, where he is joined by Antoine Potty in the #8 CMR Toyota. Pla and Potty qualified second in Pro-Am and Silver respectively.

The third-placed cars in Pro-Am and Silver Cup will start the second race of the weekend from the third row, with CD Sport’s Hugo Chevalier qualifying the #2 Mercedes-AMG in fifth and Xavier Lloveras putting the #15 NM Racing Team Mercedes-AMG in sixth. 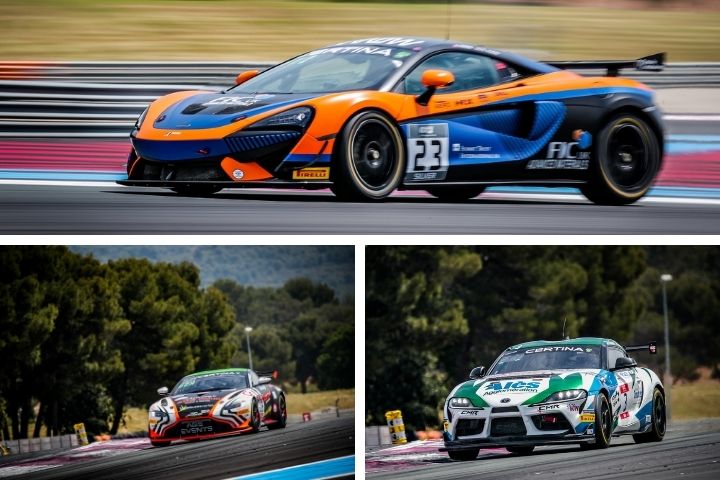